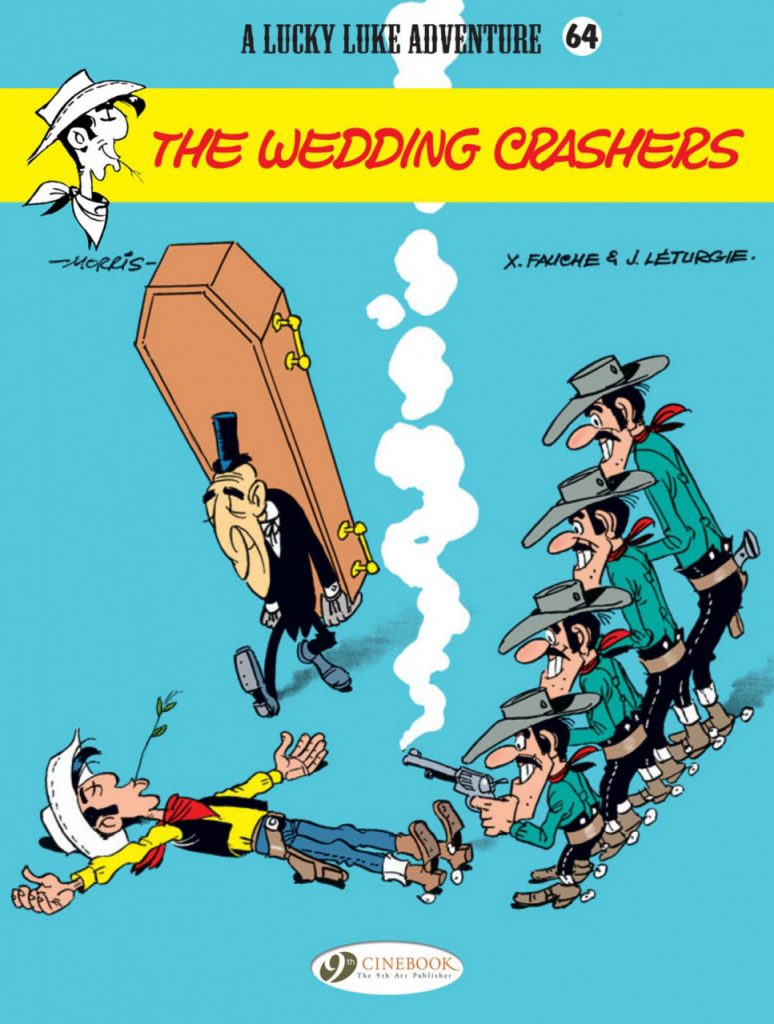 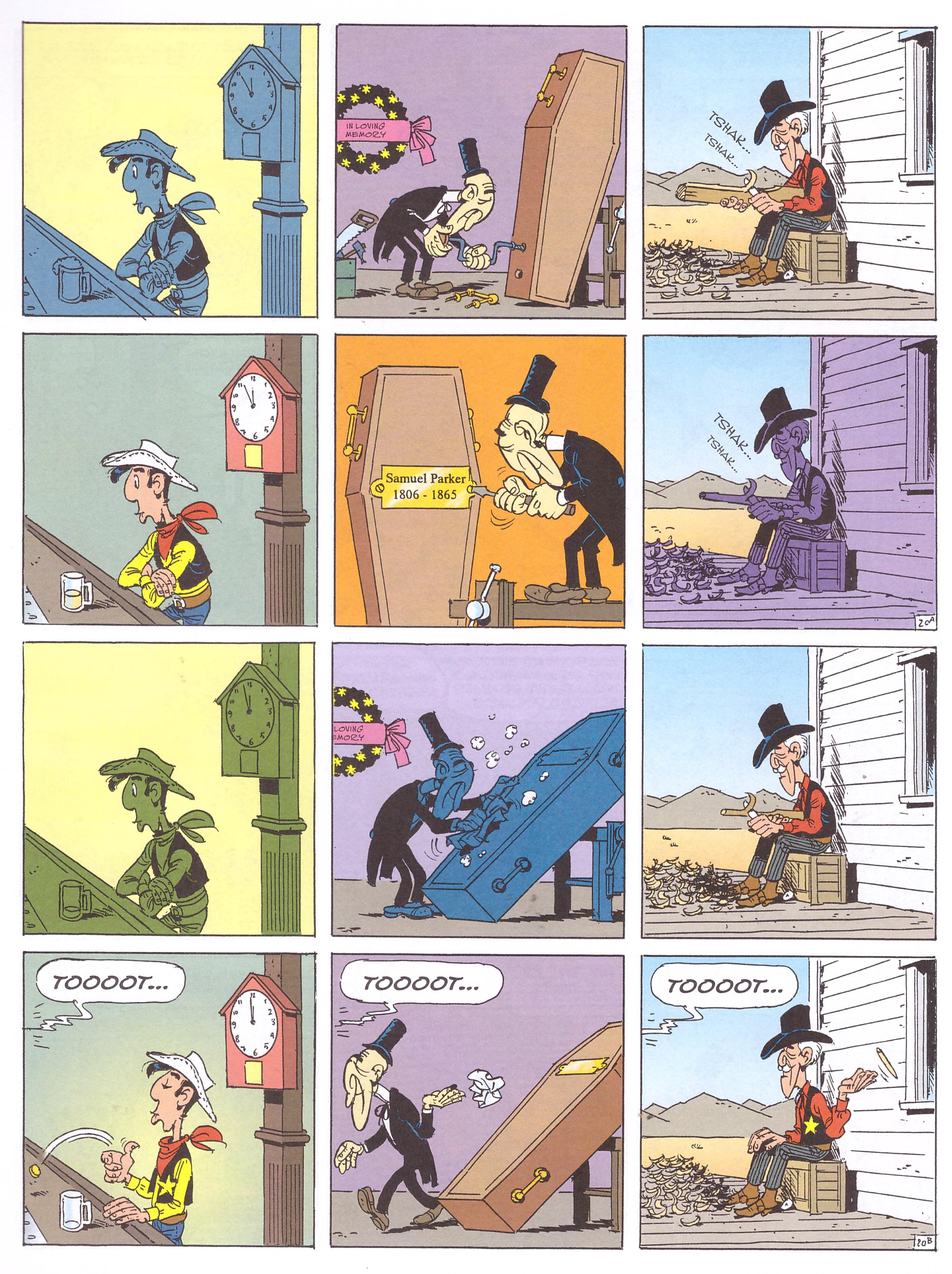 Sheriff Parker is about to be married, and Lucky Luke’s among the guests, but there’s a problem on the horizon. The Daltons have escaped from jail again, and as Parker was the last person to arrest them, they’ve sworn to hang him. He’s getting on a little, but Parker’s a proud man and doesn’t believe he can enjoy a blissful marriage knowing he’s a target for the Daltons, and when he learns they’re on the train to Hadley City he determines to deal with the situation even it means interrupting the wedding. Furthermore, he doesn’t want Luke’s help and goes out of his way to ensure Luke can’t come to his rescue.

Xavier Fauche and Jean Léturgie’s 1993 plot messes with the iconic 1952 Western High Noon, featuring a similarly besieged and ageing Sheriff. Indeed, the German version of this album is titled High Noon at Hadley City (in English!). Enough differences, however, ensure this isn’t just a comedy adaptation. The film’s portrayal is reversed, being generated by Parker, an inept shot unsure if he can cope with the Daltons, yet insistent on carrying out his duty. It’s Luke who attempts to round up help from the citizens Parker protects. The creators toy cinematically with the impending arrival of the train carrying the Daltons (sample art), and there’s a larger than usual role for the town undertaker. Morris reprises his fantastic sepulchral design from The Ballad of the Daltons, who’s first seen at the piano at the wedding. When challenged for playing the funeral march he responds “This is the liveliest piece I know”. The saloon bar piano player taking over is no improvement.

Morris obviously enjoyed drawing a script that’s constructed to feature visual moments similar to those he’d drawn in the past, including a busy fight at the wedding, a great sequence of the townspeople being marched though the town, and frequent hanging jokes. These aren’t as morbid as that might sound. His art is lively, funny, and strong on personality.

The Lucky Luke books Morris drew after the death of René Goscinny vary greatly in quality, but those featuring scripts by Fauche and Léturgie are a cut above ones written by most other collaborators. The Wedding Crashers exemplifies that by providing laughs aplenty while also being a clever pastiche.