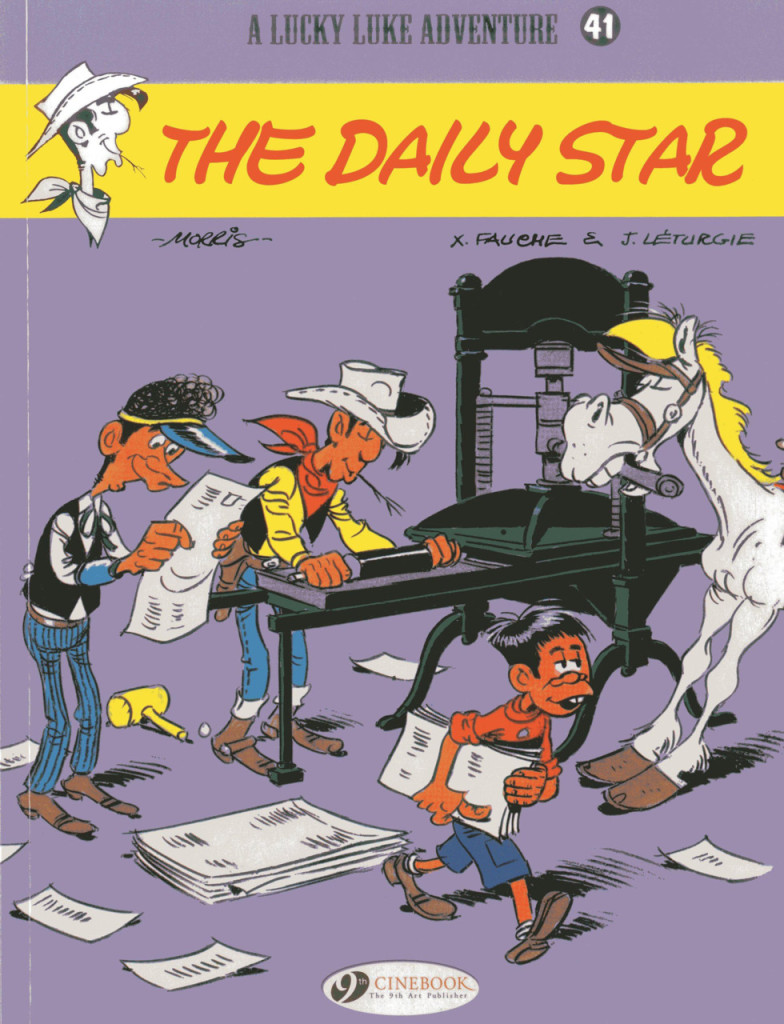 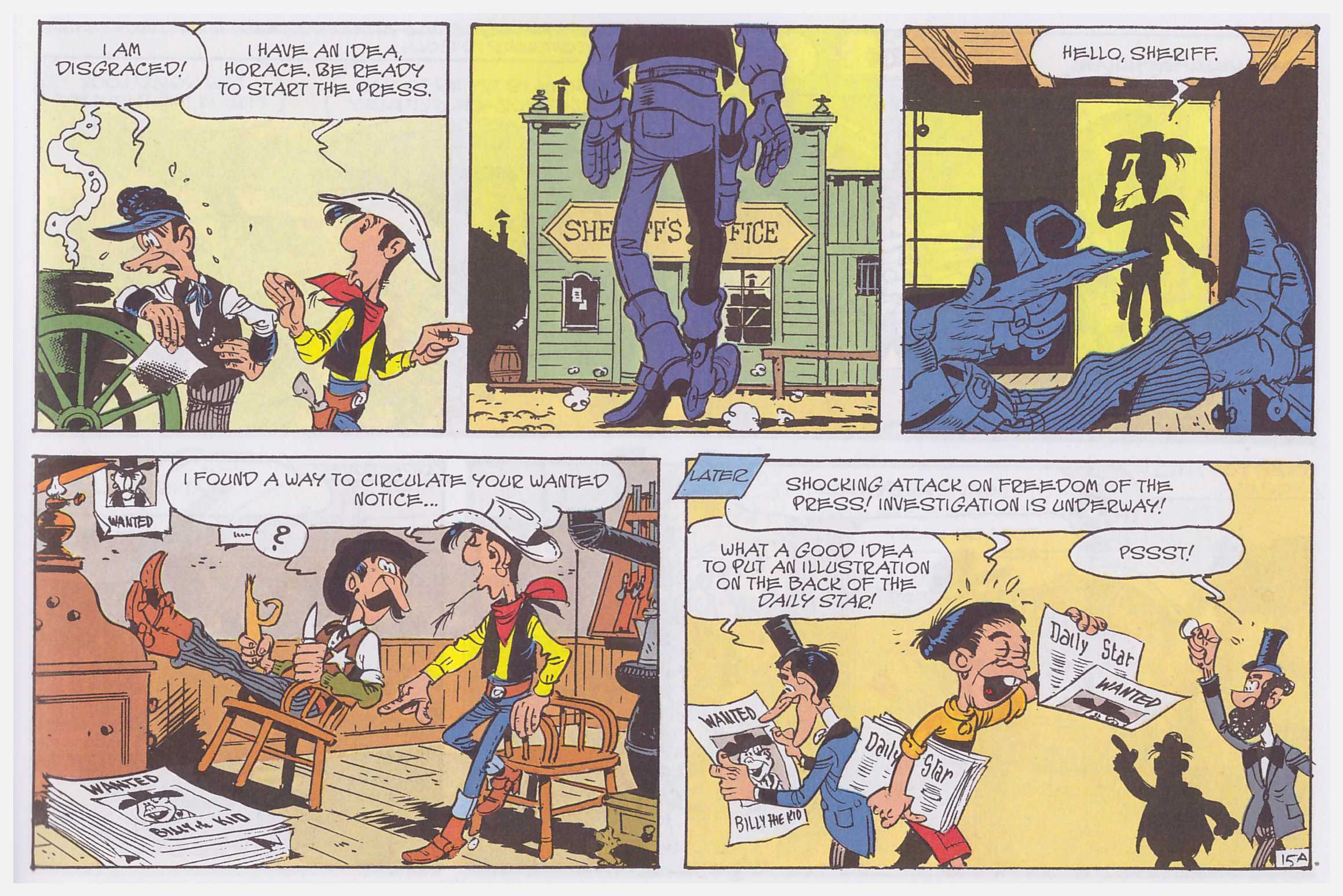 After the tragically early death of René Goscinny in 1977 both Morris and Albert Uderzo had decisions to make. They each decided to continue their respective series, but Uderzo took it upon himself to write Asterix as well, with very mixed results. Morris made the opposite choice, and continued Lucky Luke by engaging with new writers. It was the correct decision. He never worked again with his first choice Vicq and their collaboration remains as yet unavailable in English, but he’d produce eleven books with Xavier Fauche and Jean Léturgie, either in partnership or individually.

The Daily Star is their second collaboration. The first, Sarah Bernhardt, also not yet translated into English. The short of it is this is very good. There were never going to be any concerns about Morris’ cartooning almost 35 years into his career, but Fauche and Léturgie were relatively untested, although the former had written radio plays. They are rare writers with a visual sense, and very early in the book they construct a good gag around the maxim of Luke shooting faster than his own shadow.

The book’s title originates with the newspaper published by Horace P. Greeley (with Luke’s help), whose trade is astonishingly similar to late 19th century newspaper proprietor Horace Greeley. Under the masthead of “Always independent. Never neutral” Greeley has a penchant for angering the citizens of the community he serves by highlighting injustice and shoddy goods. The bulk of the plot therefore concerns the aggrieved citizens of Dead End at whom the finger has been pointed attempting to close down The Daily Star.

Morris turns in another classic design for an undertaker, the gags have a professional polish, and while this doesn’t match the best of the Goscinny and Morris Lucky Luke books, that’s a very high standard to live up to. It does equal the best of Uderzo’s solo work on Asterix.