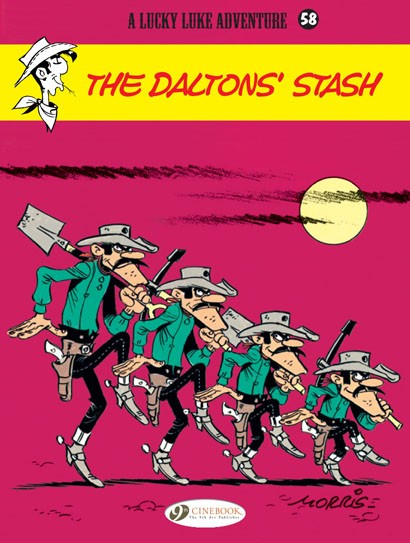 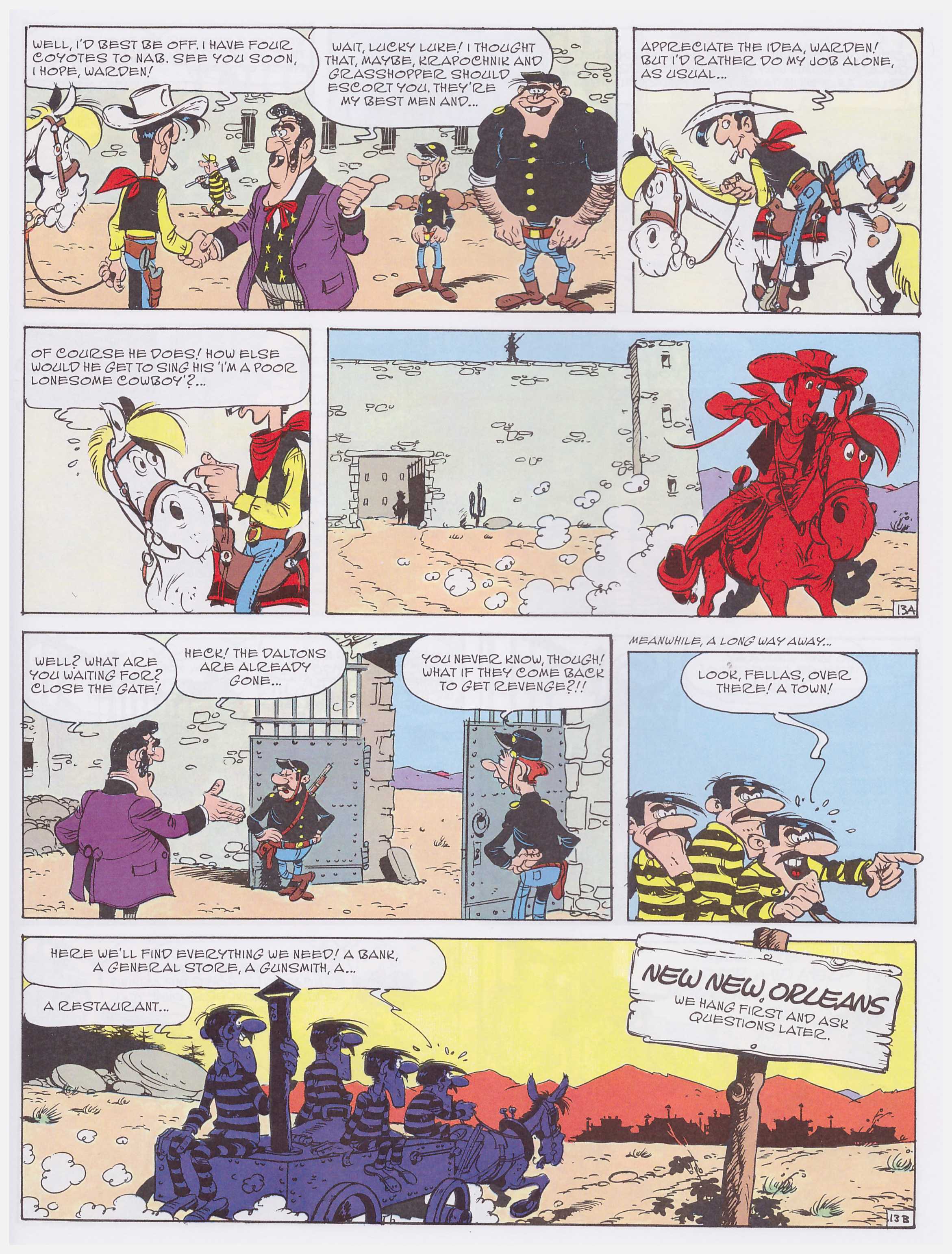 When his long time collaborator René Goscinny died in 1977 enough Lucky Luke material remained in the pipeline for artist Morris to complete two further albums. After considering whether to continue the series at all, and then whether to involve others, The Daltons’ Stash arrived in 1980 as Morris’ first Lucky Luke collaboration with anyone other than Goscinny.

His chosen collaborator wasn’t the obvious selection. Vicq was the pseudonym of Belgian writer Raymond Antoine, who contributed regularly to both Spirou and Le Journal de Tintin, the latter presenting his best known creation Taka Takata, a short-sighted Japanese soldier.

The plot concerns the Daltons fooled into believing their cellmate has hidden a stash of money, so they break out of jail to find it. In fact, it’s a ruse, concocted by their forger cellmate to ensure a peaceful night’s sleep without constantly hearing the Daltons snore. On the loose, the Daltons’ fearsome reputation precedes them: “There’s nothing I hate more than a consenting banker! It takes all the fun out of a robbery”, complains Joe Dalton. Eventually his problem will become how to be sent to jail, which is a novelty.

There’s never going to be any question of Morris’ cartooning being anything other than excellent, which it is here. The Daltons are hilarious, Luke suitably poised and heroic, and the locations grubby and realistic. Lucky Luke books therefore stand or fall on the plot and amount of gags squeezed into it. The plot is solid enough, if on the rambling side, and there are plenty of good jokes. The Daltons stealing undertaker’s horses, the descriptive town signposts, and the lenient judge are all professionally worked in, and the eventual revelation of where the alleged stash is located leads to all sorts of problems.

Although he produced a perfectly acceptable Lucky Luke story, Morris wouldn’t work with Vicq again. Vicq, who had alcohol problems disappeared in 1987, and it took considerable effort on the part of publishers Dupuis to confirm his death in that year. Cinebook aren’t publishing the series chronologically, so Morris’ next writing collaborator was Bob DeGroot on The One-Armed Bandit.