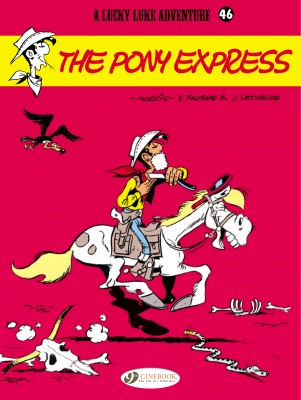 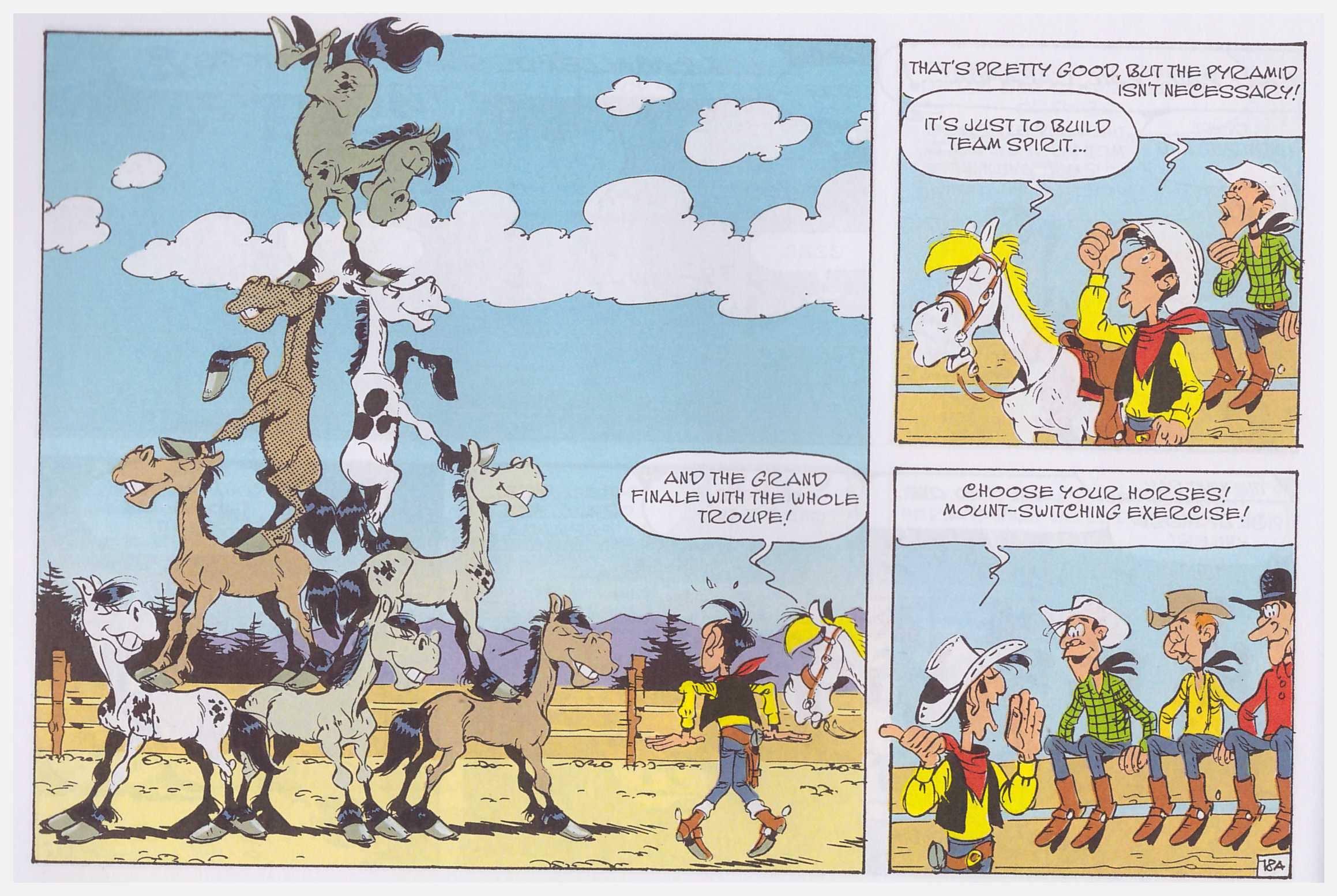 Such was the quality of Lucky Luke under writer René Goscinny and artist Morris until 1977, that what might otherwise be considered decent enough funny graphic novels fall into the comparison pit, and few emerge sparkling. The Pony Express isn’t far off.

It recycles a plot Goscinny himself repeated a few times, that of one party attempting to prevent the success of another. In this case it’s the Pacific Railroad wanting to prevent the Pony Express message carrying system from succeeding. If the Pony Express can’t meet a specific transportation time, then the Railroad will receive more funding. “I’m counting on you to discourage all attempts by any means necessary”, instructs the Pacific Railroad President, and we’re off.

The writing team of Xavier Fauche and Jean Léturgie work well to Morris’ strengths, giving him plenty of visual gags to illustrate. Luke and Jolly Jumper taking turns resting as they travel through the night is great, as is the preposterous horse pyramid, and some of the traps set to waylay the Pony Express riders. The writers don’t have the overall inventiveness that characterised the best of Goscinny’s writing, but neither do they lapse into mediocrity.

When it comes to the art it’s difficult to know exactly who’s responsible for some of the gags. Morris had been a master cartoonist for decades by the time this was released in 1988, and had written the earliest Luke books himself, so knew his way around a joke. The ineptitude and befuddlement of the Pacific Railroad employees is accentuated by them committing all their sabotage in company uniforms, which is surely Morris at work. He obviously liked the writing team, though, as together or with others they’d write six of the following seven Lucky Luke books, starting with The Daltons’ Amnesia.