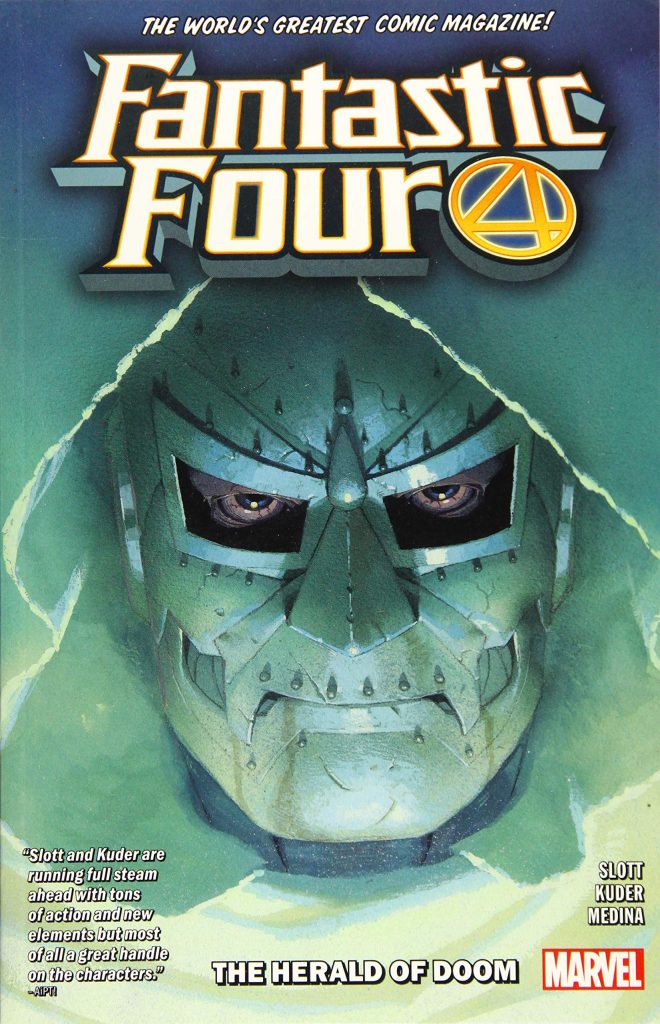 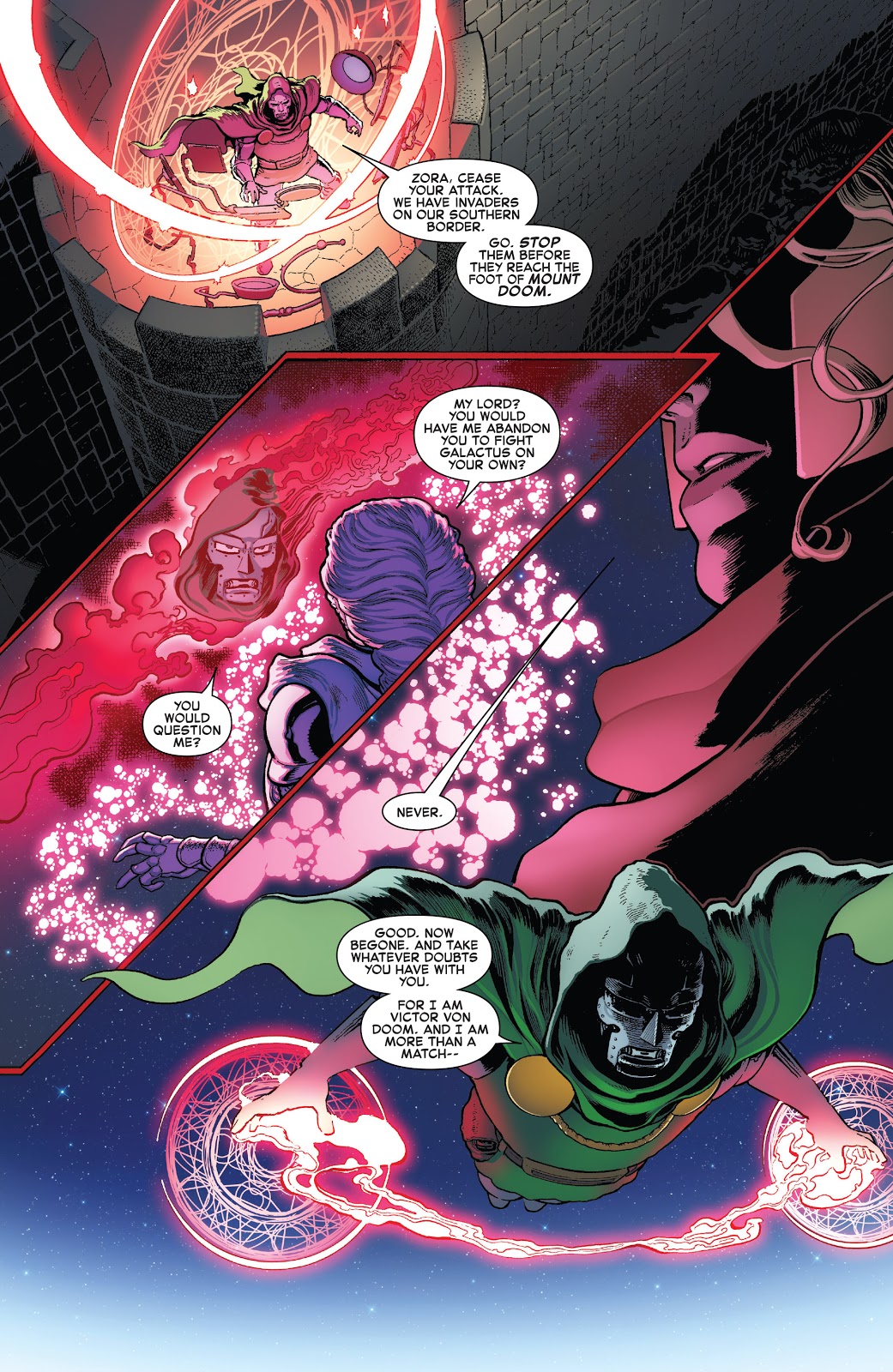 The armoured monarch of Latveria has long been the Fantastic Four’s greatest, and in terms of personality, most complicated foe. Victor Von Doom combines scientific genius and nobility with arrogance and ruthlessness, and has dabbled in sorcery to free the spirit of his beloved dead mother. Any long term writer of the Fantastic Four should prove themselves with a memorable Doctor Doom story. Dan Slott manages it.

Mr. and Mrs. Grimm served as the prelude to The Herald of Doom, Doom announcing to the world that Galactus had arrived in Latveria, but he alone would deal with him. It’s another of those Slott plot conveniences, as one imagines under any other circumstances Reed Richards would be aware of Galactus arriving on Earth, even if lured to Latveria.

There were pages in the previous book where Aaron Kuder looked slightly out of place among the other artists, but that seems to have been just his warm-up. Now with a feel for the cast there are no more wonky figures, his Thing has been refined, and the already visually strong page designs impress even more. Some Doom and Galactus pages are to die for. The quality comes at a cost, though, requiring plenty of fill-in pages by other artists, but these slot in proficiently, with no great interruptions of another style to distract.

Despite both appearing in countless stories over the years, Slott has new and interesting ideas about Doom and Galactus, not least Doom’s vanity being his downfall when he broadcasts his intended triumph across the globe. The jury’s still out on the Herald mentioned in the title, as here Victorious is generic. Sifted into that is a threat away from the Fantastic Four looking at the supporting cast left behind. A snotty Franklin Richards is too caricatured, although has later relevance, but there’s a surprise return for a threat not seen since the 1980s, and a very simple and smart conclusion.

The final two chapters tie in with 2018’s War of the Realms crossover, but more importantly establish the Fantastic Four within the community on Yancy Street where their new headquarters is located. They’re a mixture of the creatively wacky and the trivial, but all fun as drawn by Paco Medina and assorted others. The greatest focus is also on Franklin and Valeria, both struggling a little with the limitations of Earth after being in space for several years, which at least makes an effort to target a younger audience.

All of Slott’s Fantastic Four to this point is also available in hardback as the first volume of Fantastic Four by Dan Slott, while the series continues in Thing vs. Immortal Hulk.