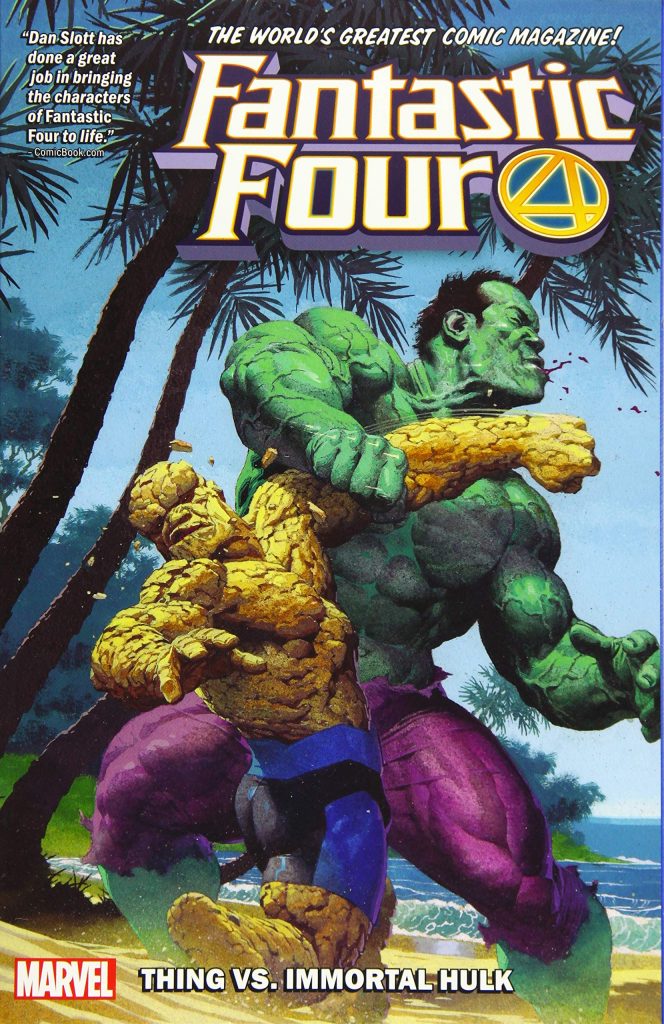 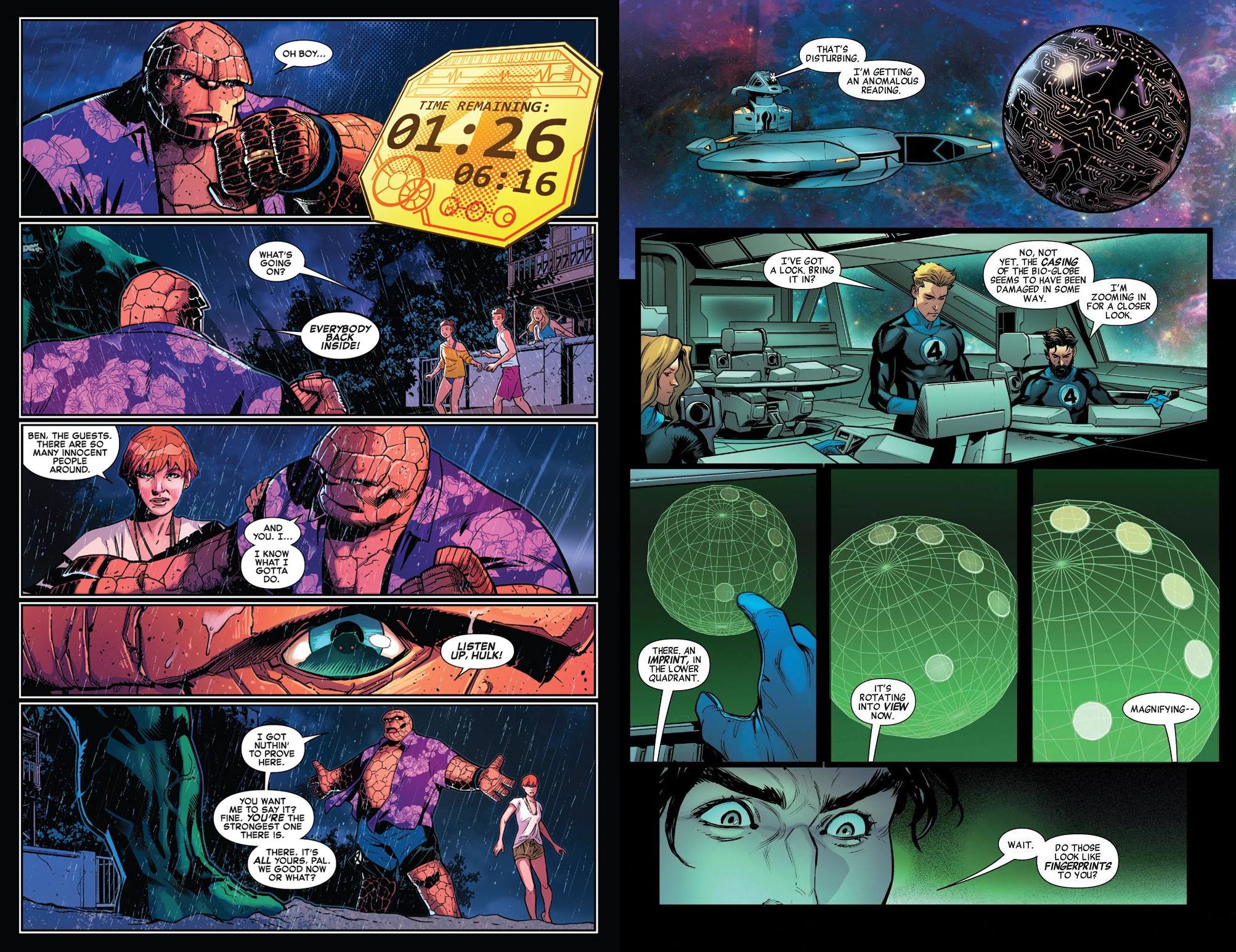 This is the fourth collection of Dan Slott’s Fantastic Four, which we shouldn’t forget was a series revived after being in limbo for three years. Yet, as ever, Marvel only seem to be looking to their short term profit by throwing out expensively priced, but unsatisfying collections. Some are very slim, others include very old reprints and Thing vs. Immortal Hulk features sundry other people’s work on the characters instead of concentrating on the main feature. The title story is covered in two chapters, with Gerry Duggan and Mike Carey supplying the longer back-ups.

It’s a shame that title story is packaged with inconsequential content as it’s wonderful. Once a year the Thing can transform back to human Ben Grimm, and it’s just in time for his honeymoon, so off to a tropical island he and Alicia head. Slott supplies a honeymoon story that’s touching, sentimental, and surprising, packed with humanity and funny moments, and the Thing/Hulk battle is set against a ticking clock. Adding further to the tension is Slott taking the time to look at the collateral damage of the battle, and Sean Izaakse being one hell of a find as artist. He delivers both power and grace, and this has to rank near the top of Hulk and Thing battles.

Another reason for not packaging Slott’s main series with the work of other creators is that they come across as second best. Duggan’s look at the Thing’s relationship with Yancy Street isn’t without charm, humour and a point to make. There’s a neat solution, at least one surprise that could feed into the main title, and art from four artists, all good. But it’s also filler.

Carey and Stefano Caselli’s trip to the Negative Zone prevents this being a Thing collection with occasional cameos from other Fantastic Four members, as the whole team play a part. It begins well enough, but what might be a clever idea for a text story doesn’t really cut it visually.

Nor is Ryan North and Steve Uy’s look at the Fantastix very memorable. Slott designed the team as obvious knock-offs and counterparts, and having the them point this out hardly makes for a first rate read.

Perhaps a better bet is picking up the hardcover Fantastic Four by Dan Slott Vol. 2, which includes all this plus the next full, all Slott selection Point of Origin.