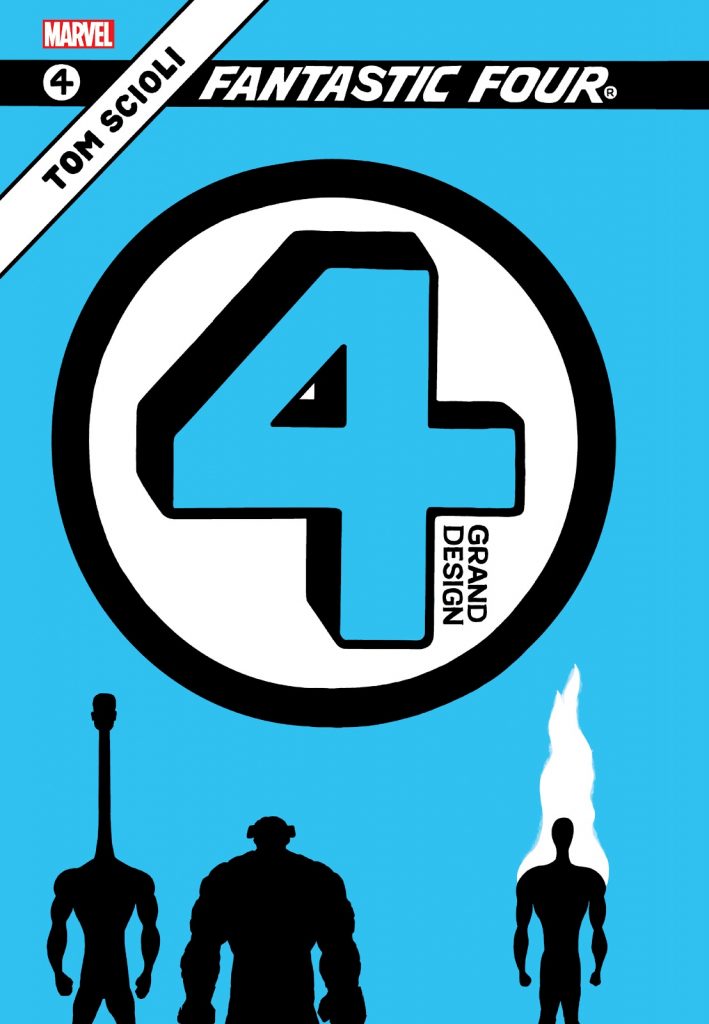 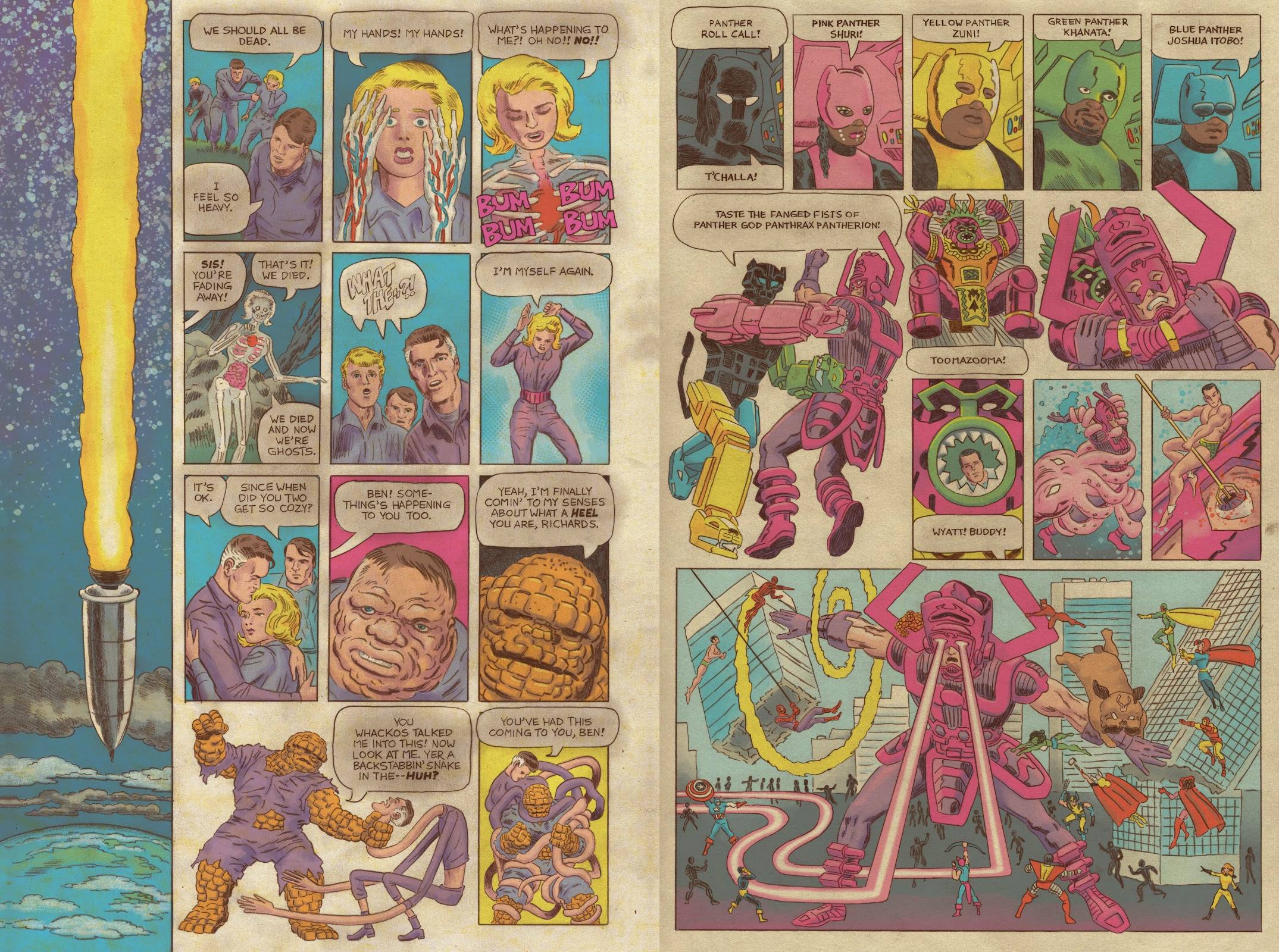 The Grand Design title indicates Tom Scioli is taking much the same approach in presenting a cohesive history of the Fantastic Four as Ed Piskor did with X-Men: Grand Design, except from the start he takes a slightly different path. Instead of just the team’s history, Scioli incorporates Fantastic Four connections from the earliest days of the Marvel universe, again featuring the Watcher as a narrator, but rearranging everything revealed in a Fantastic Four comic chronologically. In effect it’s an early history of the Marvel universe. The early pages, then see the Kree race interfering with humanity to create the Inhumans, Pharaoh Rama-Tut taking the Invisible Woman as his queen and Galactus coercing Norrin Radd to become the Silver Surfer.

Using the oversized design to supply five tiers of panels, usually 25 panels to a page, Scioli achieves a considerable density to the narration, and it’s fifteen pages before a quartet of people steal a rocket and are transformed into the Fantastic Four. However, from that point he broadly restricts himself to the content of stories created by Stan Lee and Jack Kirby.

Scioli’s art takes the same route as Piskor, by having a very individual style applied to the Fantastic Four and other superheroes. It’s perhaps slightly less jarring than it might otherwise be for Scioli being conceptually influenced by Kirby, which shows strongly in his designs, especially over the early pages before we’re introduced to the Fantastic Four.

There’s a clever toying with reader expectation on Scioli’s part. He’s aware we’re anticipating his story to follow Piskor’s path, but it doesn’t. At first there are puzzling small anomalies introduced, such as Alicia Masters being African American, and while sticking to the history of the Fantastic Four it’s not until almost the end that the full realisation drops concerning what Scioli’s doing. It’s brave, and possibly divisive, but best not spoiled. Even if that’s not to your taste, it shouldn’t diminish the overall achievement. The reduction of the original stories to a cohesive history is immensely accomplished, and that’s what 90% of Fantastic Four: Grand Design is. You can choose to ignore the ending and will still more than have your money’s worth in a celebration of a run of superhero comics that defined what Marvel was.

Also included is a reprint of the Lee/Kirby classic in which the Thing is replaced by an imposter. While it’s always nice to see this still powerful story, in context here it’s somewhat pointless. Again, a comparison with Piskor’s X-Men: Grand Design needs to be drawn. His inclusions were recoloured with effects, for want of a better word. Here we just have the story on the beige faux-aged background paper. So much time has passed since the original comic was published there’s a fair chance the ageing process means those who have the original issue will discover it looks like this anyway.