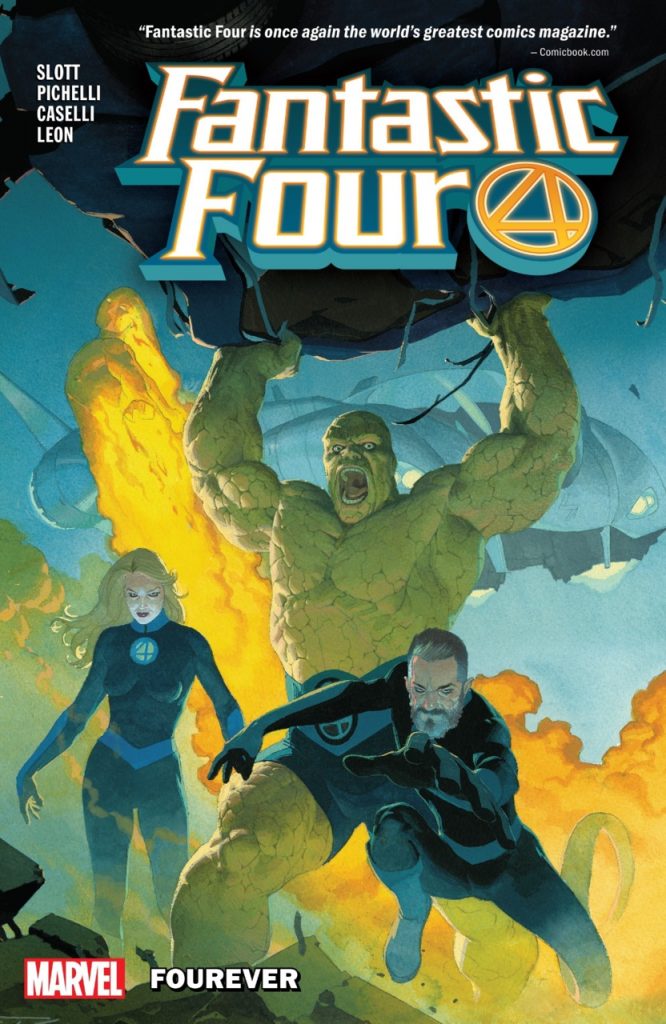 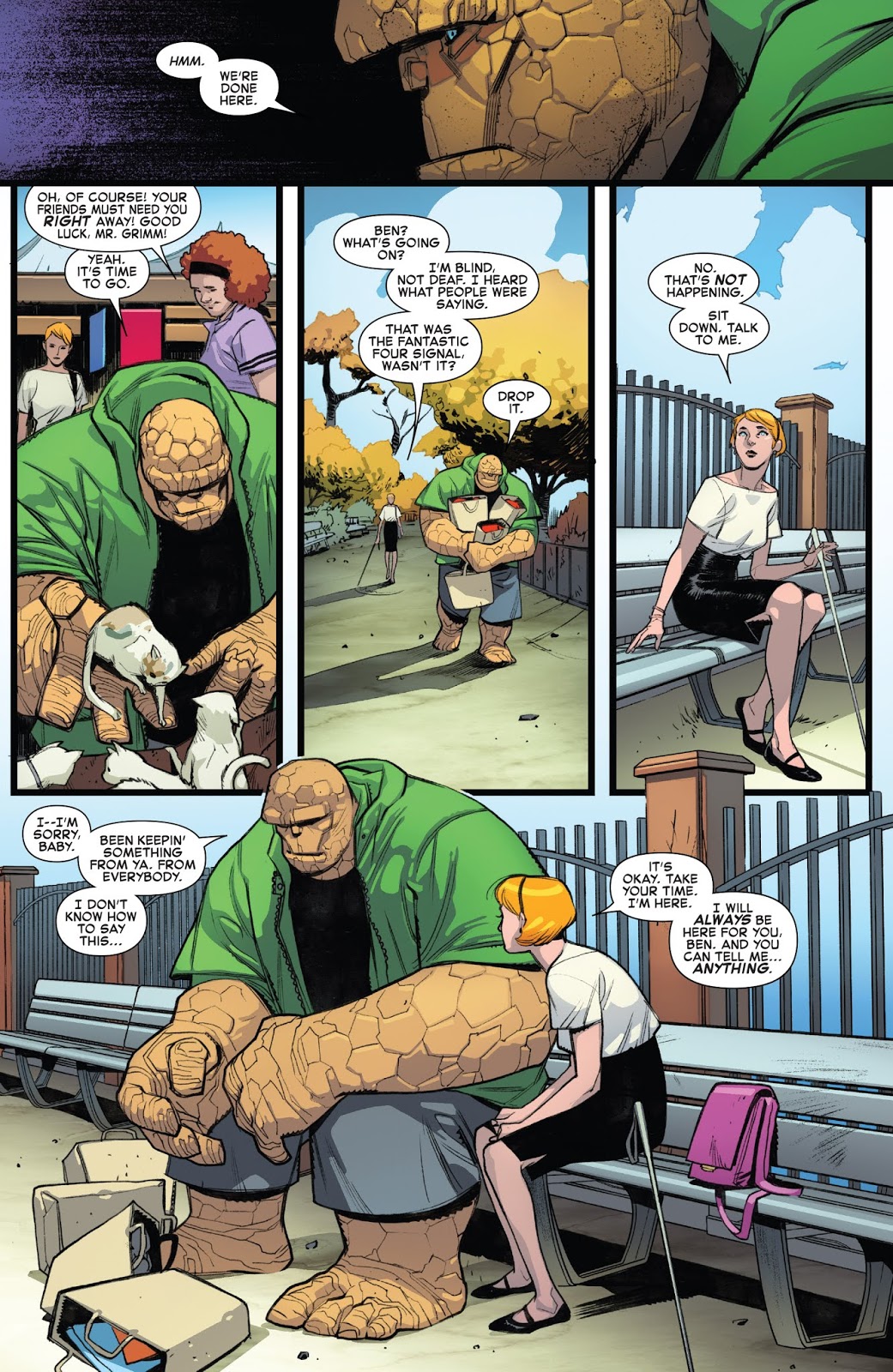 Fourever reboots Fantastic Four, series and team, after what would have once been an unthinkable period in limbo. Since the FF ended the Thing has hung out with the Guardians of the Galaxy, and the Human Torch with the Avengers, while the events of Secret Wars led to Reed and Sue Richards travelling the multiverse. Johnny Storm holds out hope, but Ben Grimm doesn’t think they’re coming back.

Dan Slott plays well with readers’ knowledge that they must be returning because they’re reading the first volume of a revived Fantastic Four series, yet also efficiently prolongs the tension about how through a smart opening chapter. Most is neatly drawn by Sara Pichelli, who switches her style for an interlude in which Slott both features the full team and establishes how variations on the familiar still remain open for exploration.

Slott needs to tread a thin line. If the old version of Fantastic Four had still been popular it wouldn’t have been cancelled, so something more modern is needed, yet depart too far from the formula and the declining number of aged fans would squeal the loudest. He straddles that line efficiently. By featuring Doctor Doom’s return in a separate solo story illustrated by Simone Bianchi it foreshadows the future, but this is the weakest piece in the book, the motivations barely credible, and he also outlines how there will be supporting roles for Wyatt Wingfoot and other people associated with the Fantastic Four. Most importantly, over the entire volume Slott announces the wonder.

At its best, the Fantastic Four has always been concept heavy with the wonder prioritised, and the second chapter picks up on Reed and Sue along with their family and the Future Foundation. The deconstruction of existence is the threat, and Slott introduces a viable new enemy with long term potential.

Pichelli’s art supplies the wonder as standard, but sometimes in pages that are a little too crowded. Then again, Slott’s partly responsible for that, dumping a couple of dozen characters on her who have to be seen, but don’t have any great purpose. Bianchi and Stefano Caselli on other chapters are also good, but fall just short of Pichelli’s charm.

However, as fun as much of Fourmost is, there are several times when Slott just passes something off without explanation. At best it’s an inexplicable appearance for an unnecessary Iceman, and at worst it’s significant element of major change sloppily introduced for the convenience of the story. Overall, though, Fourmost features enough nostalgia to satisfy old readers while providing a solid introduction for new.

Considerable groundwork is laid to lead into Mr. and Mrs. Grimm, with Ben proposing to Alicia Masters after all these years, which definitively moves away from the recurring melodrama of his deep insecurities about his appearance. In Western societies inclusivity has become ever more prominent over the 21st century to date, so perhaps that’s a reflection.

This can also be found combined with the next volume in hardback as Fantastic Four by Dan Slott Volume 1. 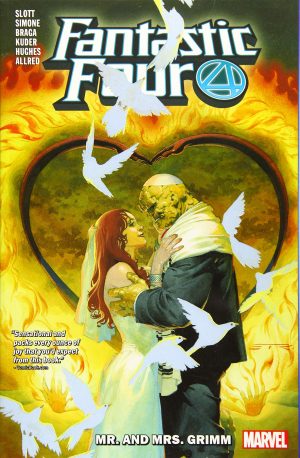 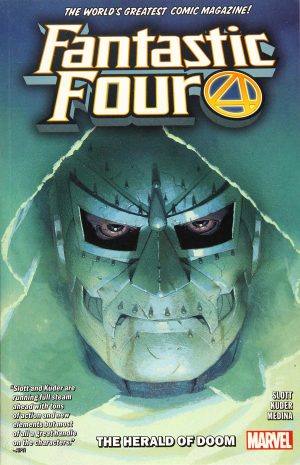 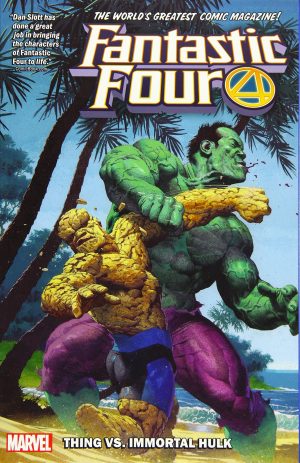 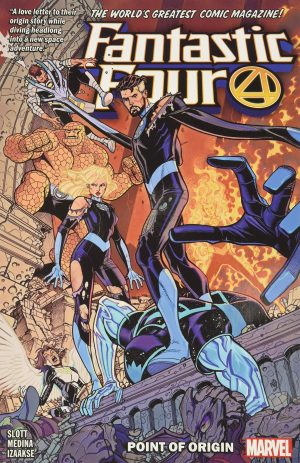