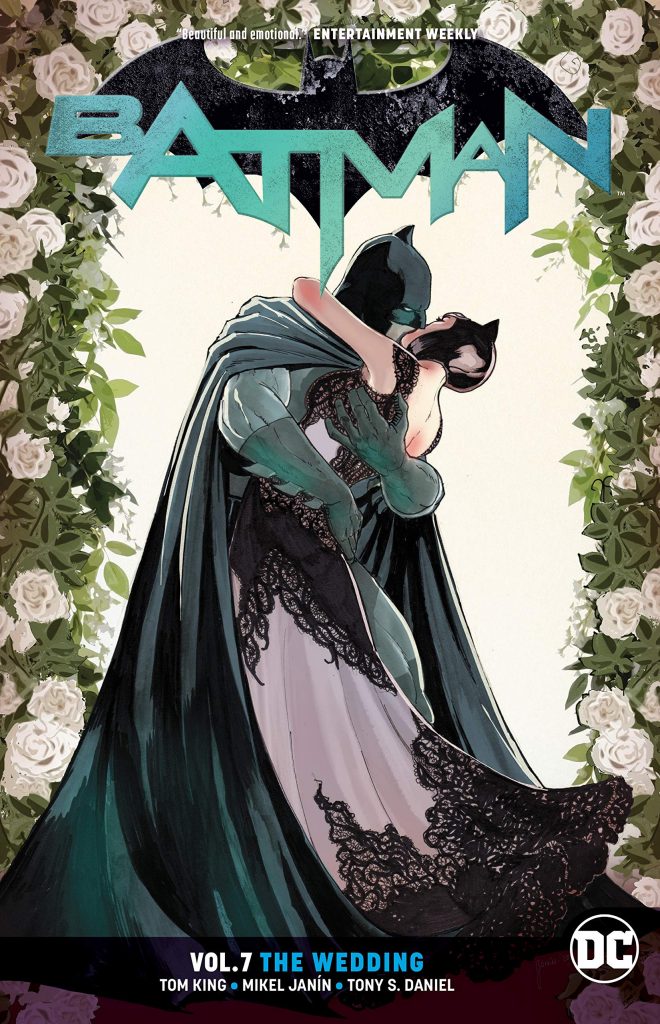 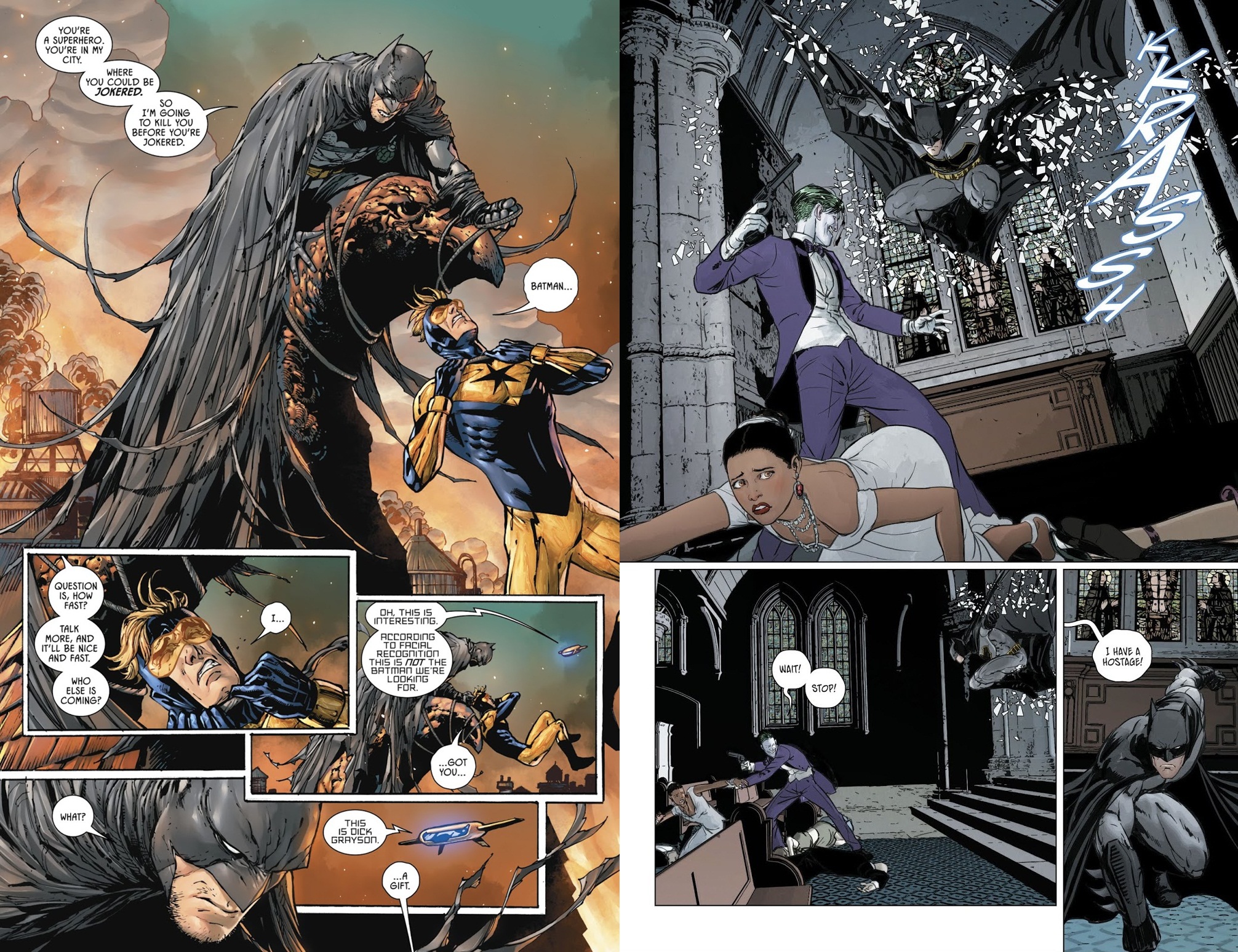 Whatever anyone might have been expecting after the drama of Bride or Burglar, it’s unlikely to have been ‘The Gift’, the three chapter story opening The Wedding. It begins with a shocking sequence starring DC’s time-travelling superhero Booster Gold, and continues into a strange world that he’s brought about. As is often the case with Booster Gold, what began with the best of intentions hasn’t worked as he planned. Insanity, desperation and a new world order are the results, and each chapter jumps forward a year. What everyone is waiting for is the actual wedding of the title, but if it’s got to be delayed, ‘The Gift’ isn’t just space filler. There is an element of knowing that because things have been twisted about matters will be rectified, but Tom King and Tony S. Daniel set a cracking pace, drop one bombshell after another, and it’s the plain strangest story of King’s run.

More complex is Catwoman and the Joker discussing Batman, who barely has a line of dialogue over two chapters. Not that the previous story was entirely light hearted, but this drops the mood to despair very rapidly with a great opening chapter illustrated by Clay Mann. King writes a sublimely unsettling Joker, random and fatal, and this transmits better in the prologue than the main course, where the conversation sometimes seems whimsical for the sake of it. It’s a chilling dialogue that cements some conclusions extremely relevant to the wedding in the final chapter, about what Batman is, and what makes him who he is and the best at what he does. It’s superbly laid out by Mikel Janín who also tackles the comics portion of the final chapter, the one titled ‘The Wedding of Batman & Catwoman’.

It’s safe to say King’s story isn’t what everyone wants to see. Key are two letters, one written by Selina Kyle, the other by Bruce Wayne. They’re supposed be from people in love, and as such perhaps the occasional melodramatic excess is excusable. They’re also King’s clever way of incorporating pin-up pages of Batman and Catwoman from multiple artists who’ve been important to Batman, the text of the letters overlaid. Between these pages are Janín’s great work on events leading up to the ceremony. There’s a lot to admire. By now Janín’s art has been seen for so long on this series that perhaps some impact has been lost, but look again. This is art to treasure. It’s on a clever story, where King has applied symmetry and parallels to neat effect, comprehensively laid out why what happens does happen, and there’s a lovely moment featuring Alfred. Everything is very dry, though, and it’s also possible to pick at some of the logic. Is any conclusion regarding something fundamental reached through the prism of the Joker’s twisted worldview a conclusion to hold onto the following morning? The story drew a lot of flak when published as a comic, yet King’s valid online response is it was only the halfway point of what he considers a hundred chapters telling a complete story. It could be asked whether he should prioritise pleasing the crowd or telling the story he wants to. Ideally, the two would coincide, but he’s produced such magic in this run reaching The Wedding that the slight dip of an experiment that doesn’t hit all the right notes can be forgiven. Cold Days is next, or alteratively this is combined with that as the fourth Batman Rebirth Deluxe Edition. 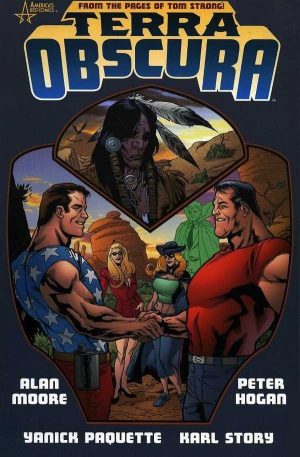