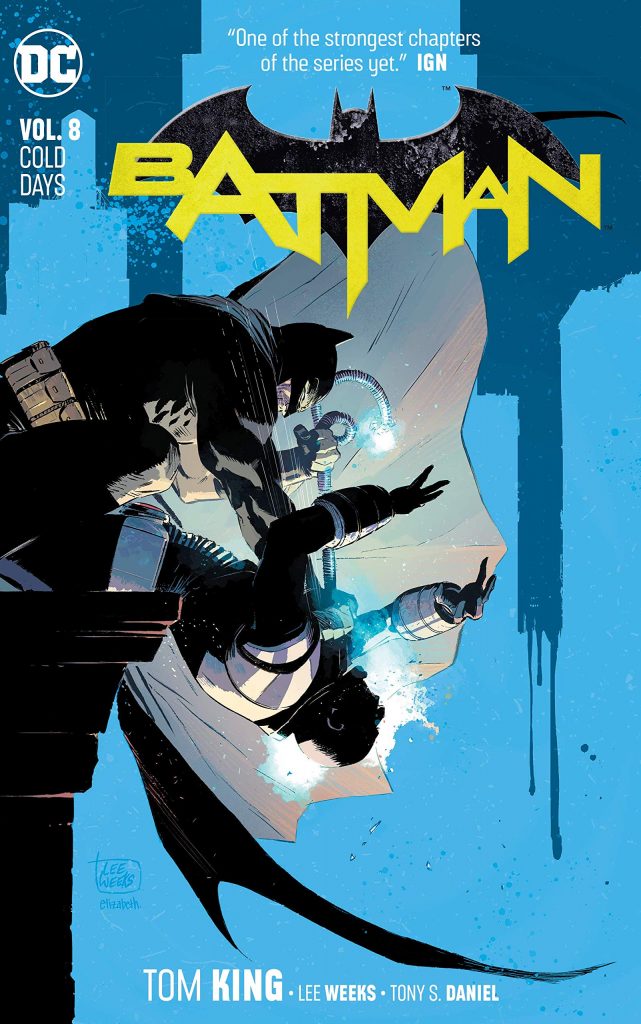 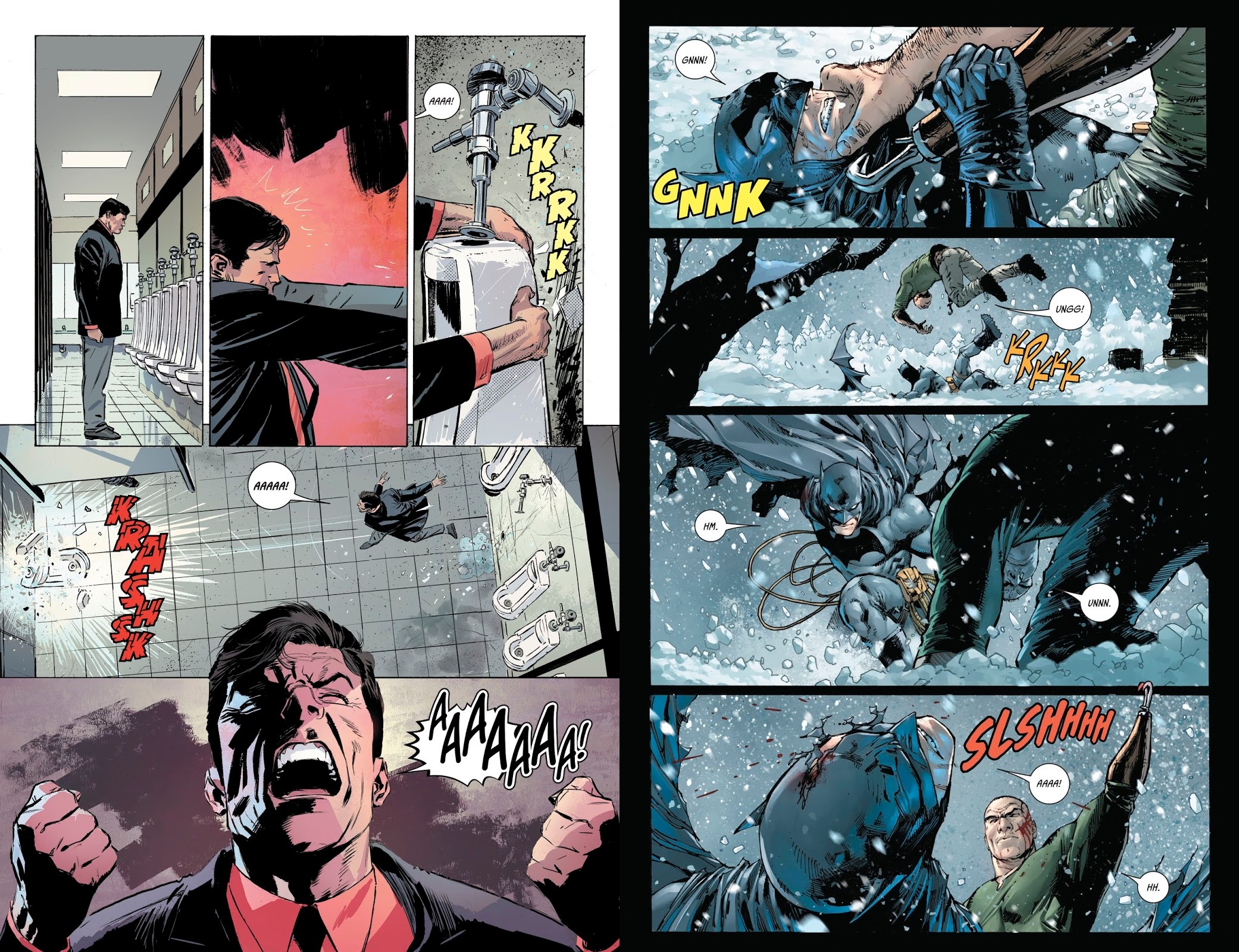 One of the joys of Tom King’s approach to Batman is his constant defying of expectation. It’s never just surprise for surprise’s sake, and if something doesn’t always work, which isn’t often the case, better to have tried than repeat a formula. So, after the events of The Wedding, we move straight to Bruce Wayne on jury duty. In some ways a version of 12 Angry Men with Wayne the only dissenting voice, the extra layer is provided by readers knowing he’s Batman, and almost all the trial evidence against Mr Freeze being generated by Batman. Wayne applies the same forensic approach to convincing his fellow jurors as he does to solving crimes in the first place, and as the jury deliberations continue it becomes clear that King has a point to make regarding Batman’s fallibility. The result is possibly the most memorable Mr Freeze story since the 1990s animated classic. He’s not a villain that fits easily into Batman’s world, being too showy and too powerful, although with underlying tragedy, but when drawn properly he’s a terrific visual in his clouded helmet. Lee Weeks certainly draws him right, but also has the discipline to bring the drama of court proceedings out via ordinary people without costumes.

Mr Freeze just happened to meet Batman after bad things happened, and King doesn’t make Batman’s life any easier during Cold Days, a clever title uniting the primary villains of the two main stories. A single chapter of banter between Batman and Robin/Nightwing is drawn by Matt Wagner, very loosely, followed by the return of a villain whose era many might have considered had passed. Tony S. Daniel produces some magnificently designed spreads and pin-ups as Batman meets a foe who’ll go to any lengths to preserve his secrets. There’s a shocking moment early on, a brutal battle, and a superb finale in which Batman underlines what he is. Making it even better is the parallel presence of a Russian folk tale whose bleakness matches the main events, the absurdism drawn by Mark Buckingham a go-to artist when you want semi-realistic animals.

Having made the point of withdrawing Batman from the grim, single minded avenger he’s been since the 1980s, in Cold Days King delivers his version of that character. It’s an interesting switch that’s developed naturally from events of The Wedding, but let’s hope a blip in the continuing humanisation of Batman. It’s a departure, but Cold Days continues a winning streak. The Tyrant Wing follows. Cold Days also features in the fourth hardcover Batman Rebirth Deluxe Edition.