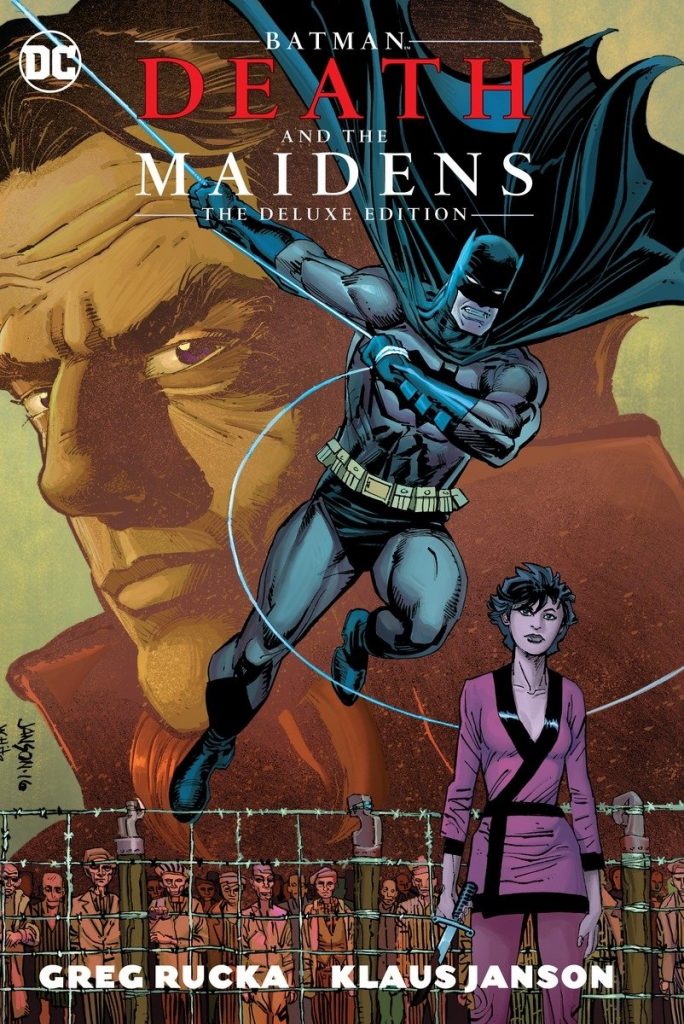 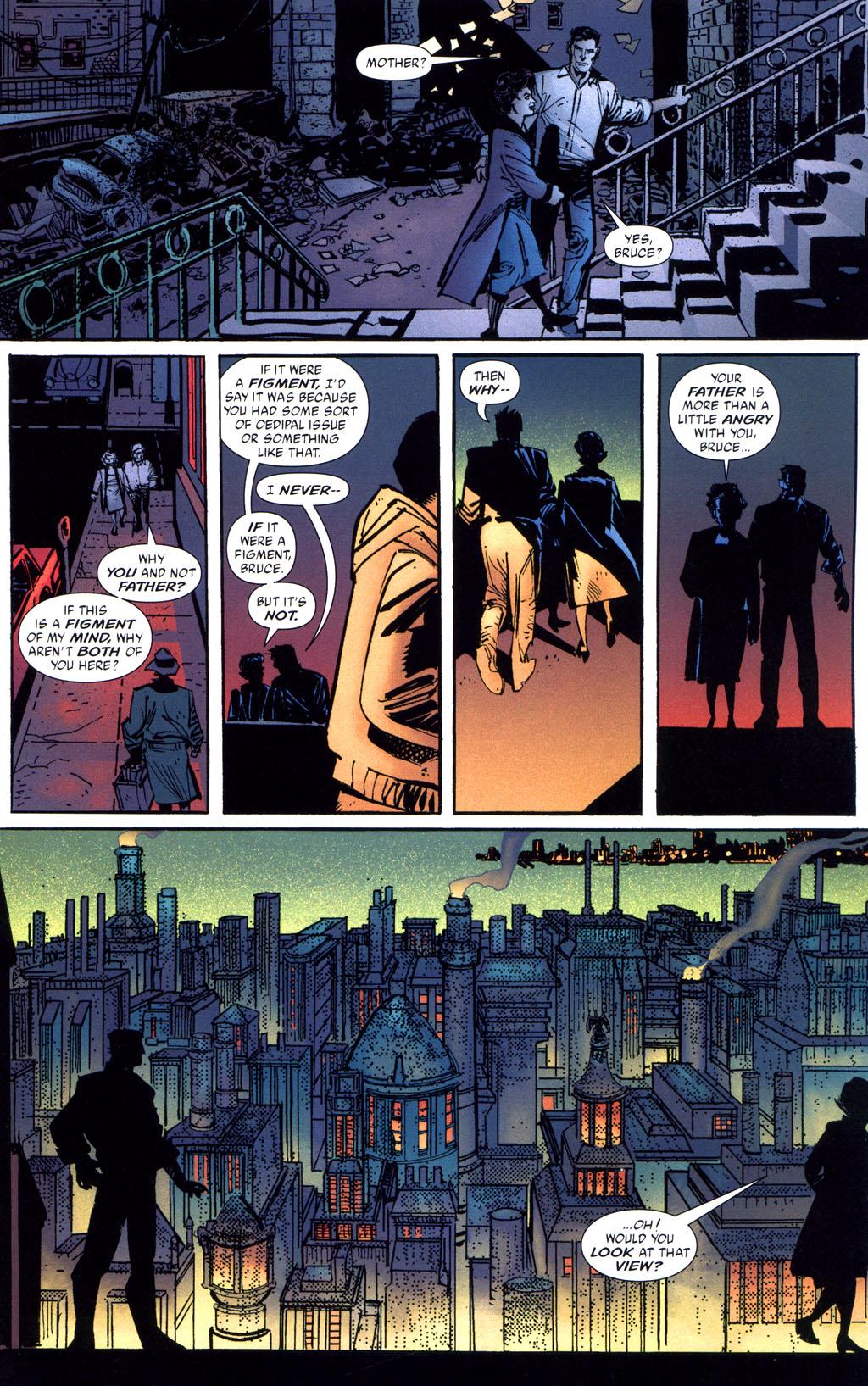 Via biological regeneration Ra’s Al Ghul has lived for centuries, sustained via chemical baths in Lazarus Pits located in very few remote places around Earth. Having fought him time and again, Batman has pursued a policy of locating those places and rendering the Lazarus Pits definitively inaccessible. As Death and the Maidens begins, this policy is having an effect. An ageing and ailing Ra’s Al Ghul is on the verge of dying, and he’s desperate enough to offer Batman something he really wants.

In the past this has been his daughter Talia, but Greg Rucka has other plans for her in this consistently intriguing story. He perpetuates wonder and tension via providing Batman with a form of what he’s been promised, underscored with a hefty side plate of being careful what one wishes for as reality rarely meets expectation. Rucka also underlines the way he’s always viewed Batman from the time he first wrote the character in New Gotham. When asked what he is, Batman replies that he’s a detective. It’s a neat and simple encapsulation of great consequence. Rucka’s good at defining characters via motivation, and that extends to the maidens of the title, as the primary theme is that of sacrifice. In addition to what Bruce Wayne has sacrificed to be Batman there are the less willing sacrifices endured by a new character, Nyssa. She’s a previously unrevealed daughter of Ra’s Al Ghul, one who accompanied him through much of the 19th century before a parting of the ways, and what she endured is gradually disclosed, giving her good reasons for opposing his plans.

Klaus Janson’s art is very variable. In places it’s excellent at establishing mood, and he devises some nice decorative vistas, yet elsewhere he almost sabotages the intended mood by failing to convey the emotional depth. His figurework is questionable at times, and by the final chapter it’s become very sloppy, with a ludicrous portrayal of Talia.

Rucka’s stories are strongly character based, and this is no exception, raising interesting questions about all the major participants, and with a fine supporting role for Alfred the butler as Batman’s prodding conscience. It doesn’t entirely convince, though, with an ending suggesting almost everyone has been manipulated throughout. His agenda has always been the priority for Ra’s Al Ghul, reinforced here in harrowing terms, and in the final knockings his plan has too many variables to withstand scrutiny. Still, it’s been a thrilling ride and this is a superior Batman graphic novel, so much so that’s it’s now been reissued as a hardcover deluxe edition with bonus features.

It’s a shame sequential comics tend to diminish viability. Nyssa, here credible and dangerous, became a wasted character, and much of what Rucka and Janson achieved was later undermined by the less considered The Resurrection of Ra’s Al Ghul.