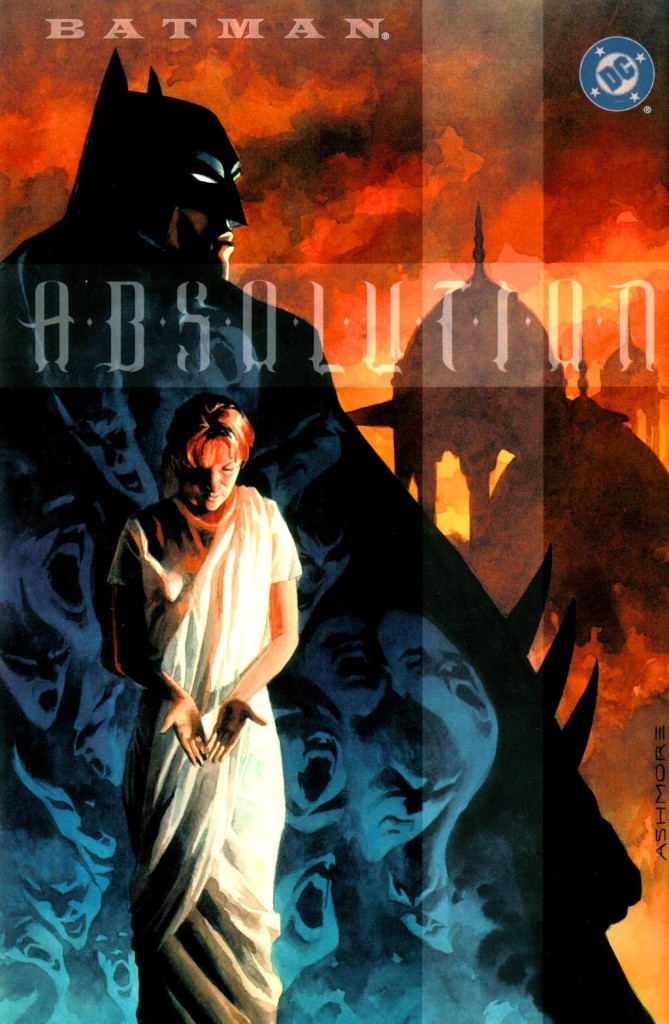 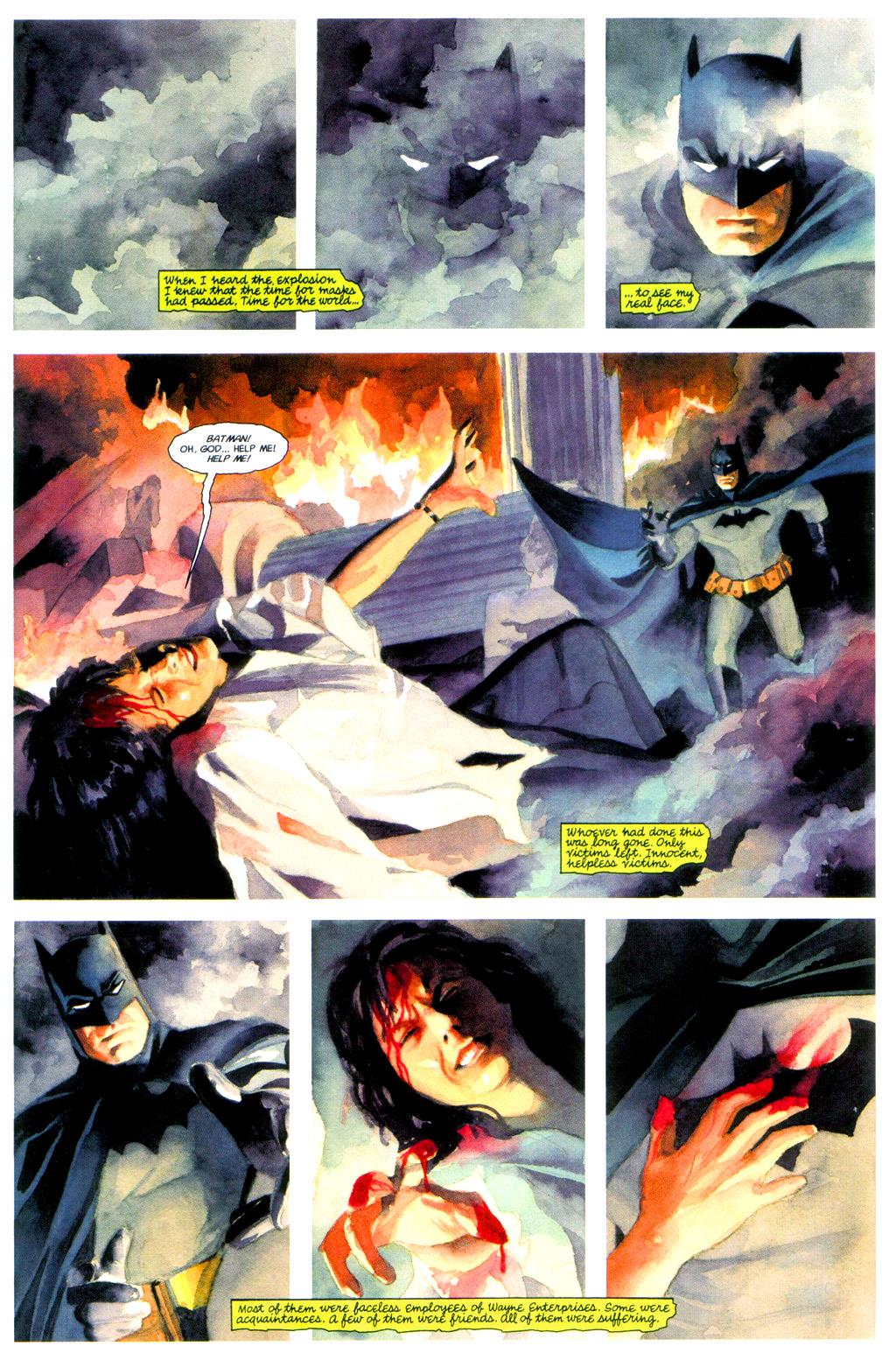 Early in Batman’s career a corporate meeting attended by Bruce Wayne was bombed by a terrorist group who considered Wayne and what he represented as responsible for much of the world’s ills. Innocents died. The woman behind the organisation responsible, Children of Maya, was Jennifer Blake, yet after the appalling ideological statement both she and the group disappeared. It’s a case that’s preyed on Batman’s mind, and in his resolute and implacable fashion he intends to ensure Blake is brought to justice. That, though, proves more difficult than he ever anticipated and involves several encounters at locations around the world over a decade.

Jennifer Blake is extraordinarily adaptable and resilient, hiding herself under various identities, yet never short of defence when cornered. As pointed out by writer J. M. DeMatteis, a life of paranoia and flight is no life of joy.

In many ways Absolution is a clever script from DeMatteis. It’s rarely the case that his more serious work lacks a spiritual element, and here it’s the possibility of redemption. He plots a logical string connecting Blake’s earlier obsessions with an affinity for the weak and infirm, and her character and priorities are well constructed. Also well delivered are the prevailing conditions in the countries visited and possible consequences of being there.

The Batman of Absolution is a driven angel of vengeance, but one eventually forced to confront his own ego-fueled fallibility. This is in an excellent sequence in which his internal commentary on a monologue excises all compassion and understanding.

Brian Ashmore’s painted naturalism is a two-sided coin. When it works, it’s colourful and enticing, the locations well delivered and a sense of pace about the action. Painted art in comics, though, also often results in static and framed figures, and this is particularly true where movement is concerned, and attempting to capture a frozen moment instead draws attention to secondary items within a panel. Unfortunately this often occurs at the most dramatic times. On occasion this could be deliberately intended to resemble the exaggerations of religious imagery, but it’s not always the case.

Absolution toys with reader perceptions as it challenges those of Batman amid a reasoned discussion of motivation. However grim, however brutal, Batman is always right. Or is he? Is there sometimes a greater good served by overlooking justice? DeMatteis lays out this scenario and almost undermines it by briefly reverting to a walking cliché of a villain, but drags a triumph from the resulting confrontation. Batman works because Batman is right. Always. But the way Absolution is written renders him vain and fallible. It’s not a character deconstruction, but an individual insight, and as such it’s worth a look.