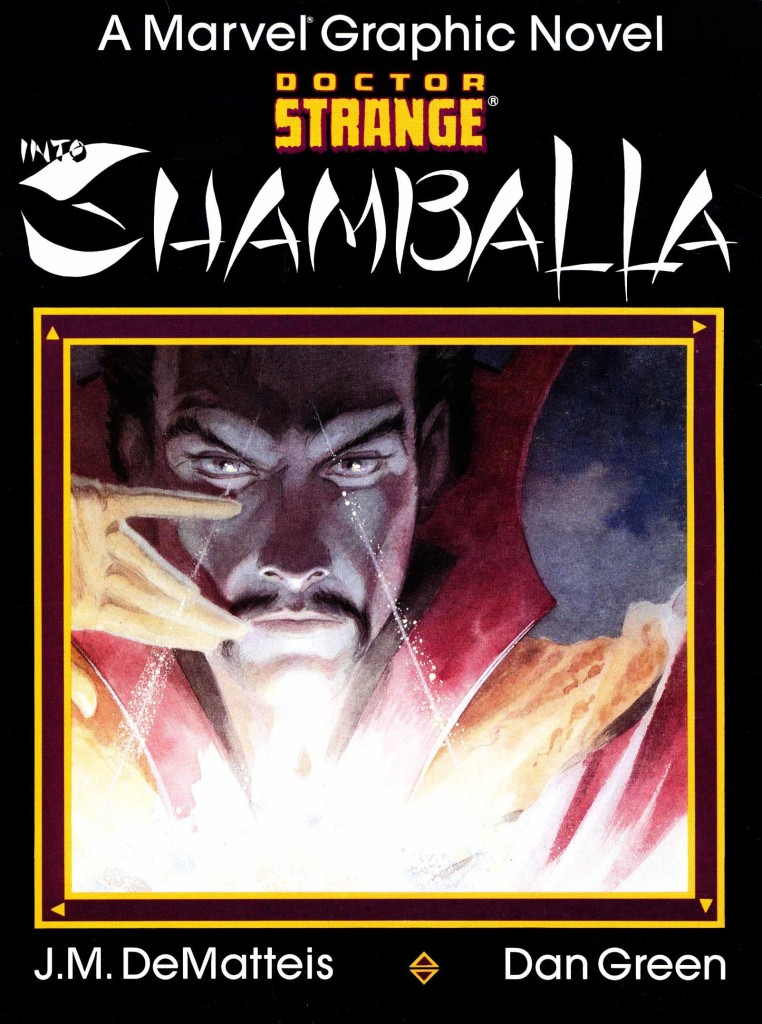 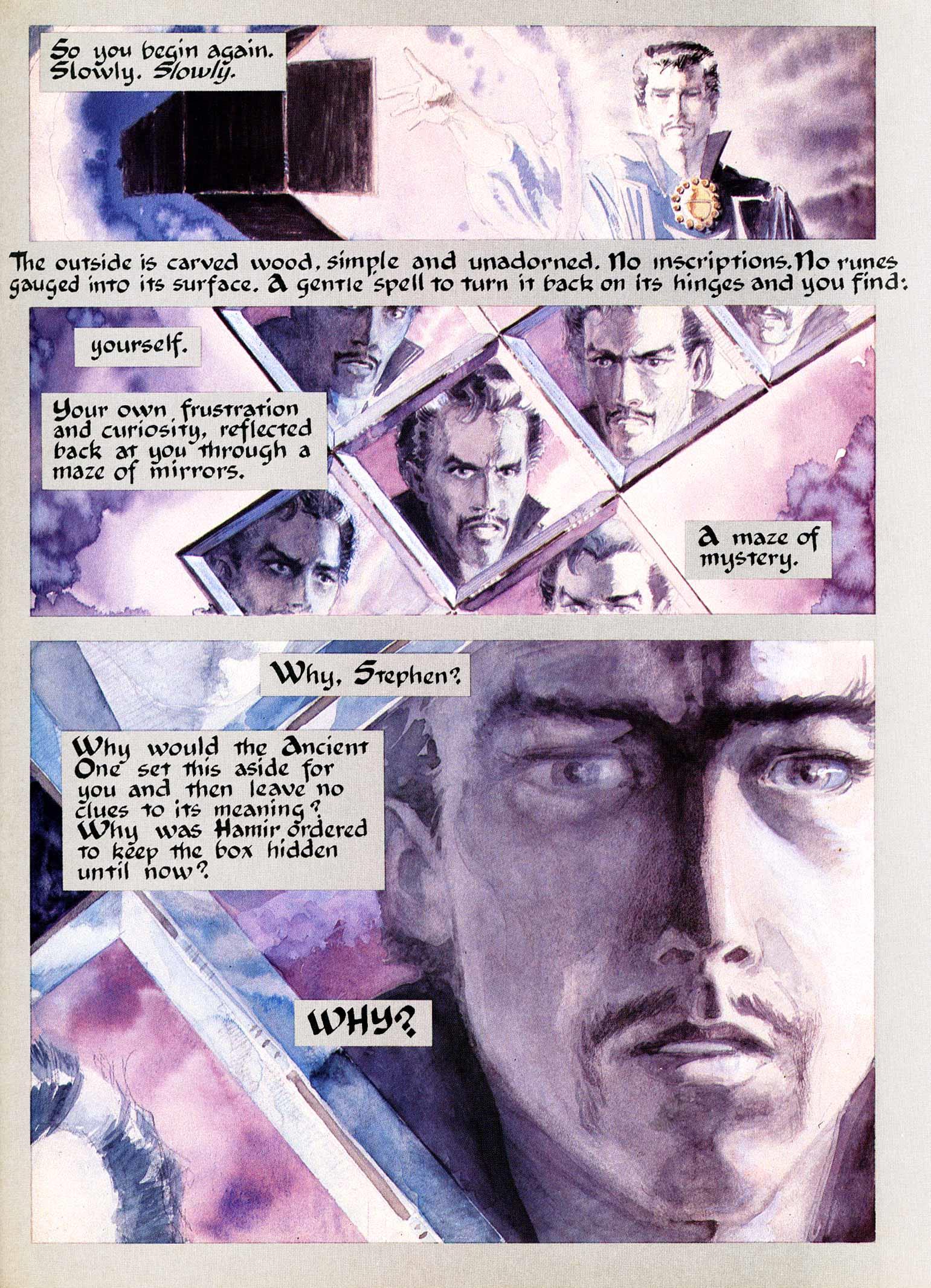 Plotted jointly by scripter J. M. De Matteis and artist Dan Green, Into Shamballa was, for the mid-1980s, toweringly ambitious, and admirably for Marvel’s selective graphic novel line, one that couldn’t be told in a standard issue of Doctor Strange.

It begins with Doctor Strange journeying back to the Himalayas to pay homage on the anniversary of the death of the Ancient One, the man who schooled him in the mystic arts. He disposes of some intruders and is presented with a box intended as a gift for him from beyond the grave. It proves to be troublesome, resisting all physical and magical attempts to open it.

The story is told via blocks of text and accompanying illustration rather than traditional comics, and the method permits greater leeway for De Matteis’ poetic dialogue. He’s a divisive creator, a man who in the 1980s with his serious work strove to bring something more to superhero comics than standard clobbering time, yet who could also wander into the realms of the pretentious. Those who admire his spiritually infused material, and applaud his quest to investigate beyond the mundane, may find Into Shamballa can be taken as allegorical.

Doctor Strange is eventually drawn into Shamballa, one of countless mystical realms, and tasked with casting three complex spells. These will bring about a new age of perfection on Earth, but great devastation will occur in the preceding purge. This moral dilemma informs the remainder of the book, winding to a conclusion that some will view as refreshingly elevating and an equal number will consider new age nonsense. It’s a rare new reader in the 21st century who’ll be able to work their way through De Matteis’ overwritten third person captions to reach that conclusion, though.

Dan Green’s painting matches the mood of the story, suitably ethereal and foreboding, and adept when it comes to imparting the necessary other-worldly feel. Many traditional pen and ink comic artists have come a cropper when painting, but Green acquits himself well, and it’s a shame he wasn’t given further opportunity to shine in this fashion.

As hints have been dropped that elements of this story may feature in 2016’s Doctor Strange movie, prices for used copies of Into Shamballa have rocketed. You’d be best recommended to sample digitally before deciding if you want to part with the asking prices.