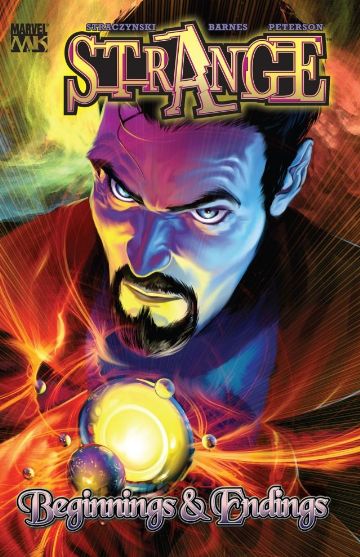 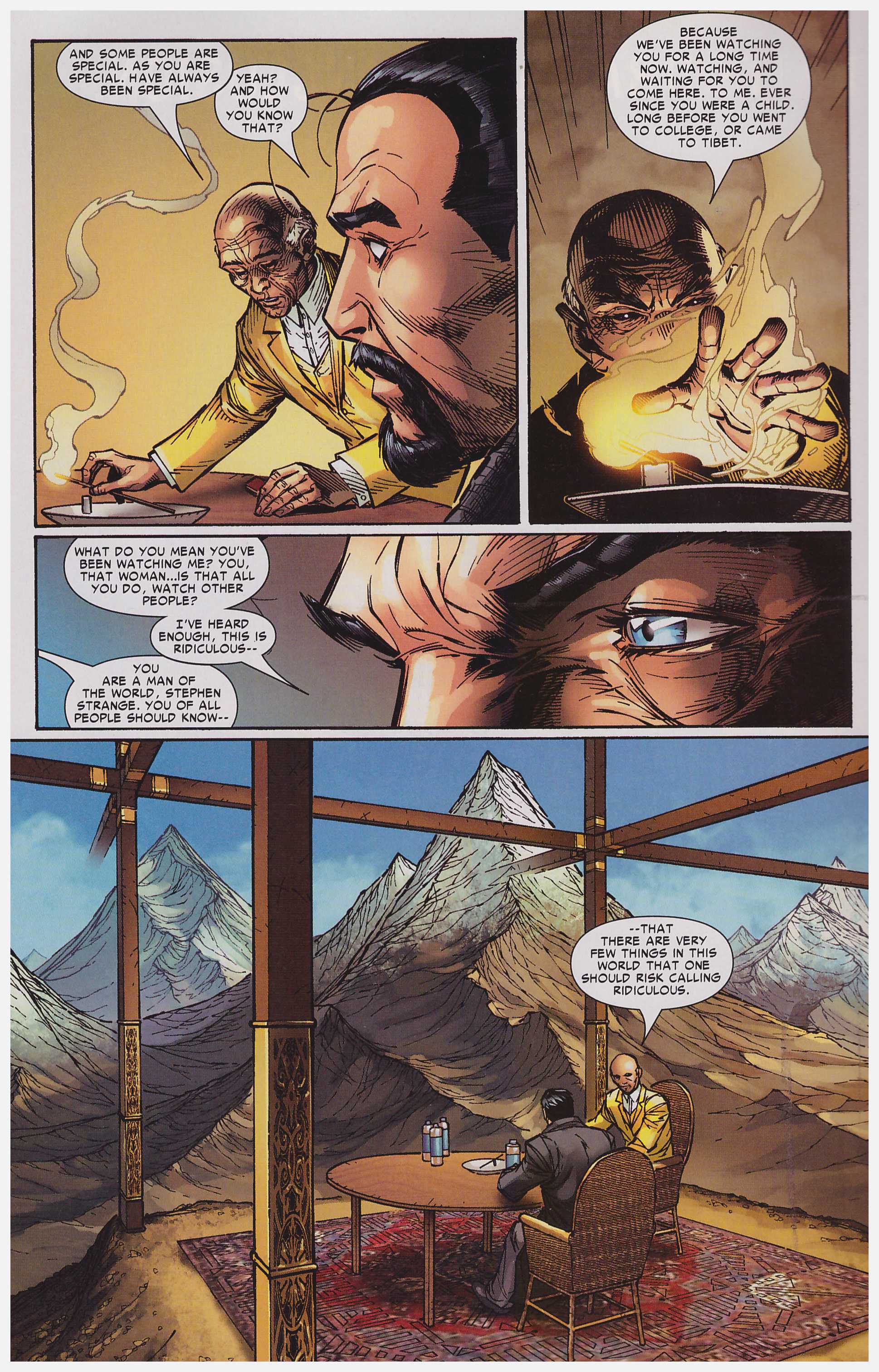 Stan Lee and Steve Ditko presented Doctor Strange’s origin over a couple of pages when they introduced the character. The decompressed version written by J. Michael Straczynski and Sarah Barnes occupied six comics when originally serialised. Is this a good thing?

Yes. Lee and Ditko were only concerned with delivering some basic background before the magical thrills, and supplied a concept that still stands up. Arrogant and mercenary cosmetic surgeon Stephen Strange loses the use of his hands for any delicate purpose after a car crash, and seeks a cure in Tibetan mysticism, eventually finding something of greater purpose. He progresses to become Master of the Mystic Arts and protect Earth from magical threats originating in other dimensions.

Straczynski and Barnes take this concept and remain faithful to the spirit, if not the details, and weave far greater drama around it. Strange, for instance, had previously visited Tibet, and the book opens with him undertaking voluntary work including somehow convincing the formerly mute young orphan Wong to talk again. An interesting element introduced is that despite talent, things just fall into place for Strange, although not always in an obvious fashion, and occasionally with cruel consequences for others.

Brandon Peterson’s hatching lines, particularly on Strange’s face constantly draw the attention when they shouldn’t, but that’s a small price to pay for layouts delivering the exotic and disorienting new world Strange steps into. Hell loosed on New York is exceptionally conveyed, as is a battle of avatars, and Peterson conceives some interesting designs for the use of magical spells.

There are departures from the original story, and this offended some readers in 2005. This Strange’s injuries occur in a skiing accident, the other-dimensional Clea is involved from the start and the main training occurs in New York (in a sense). In almost every case the alterations provide a more interesting alternative, founded within logical progression rather than conceived in haste and stapled on.

The dialogue is sometimes overly twee – aged mystic the Ancient One referencing Paul Simon songs – but the spiritual aspects integral to Strange, frequently poorly presented in other Doctor Strange material, are well integrated as the writers toy with words. “I would never expect you to believe anything you did not see with your own three eyes” or “Reason is seductive. It’s just one tool for understanding the world. There are others, older and more profound. And you won’t find any of them tattooed on my ass.”

To anyone not too precious about strict adherence to every detail of Doctor Strange’s origin as originally presented in 1963, this fall and rise cycle will be a worthwhile read with a dramatist’s pacing.