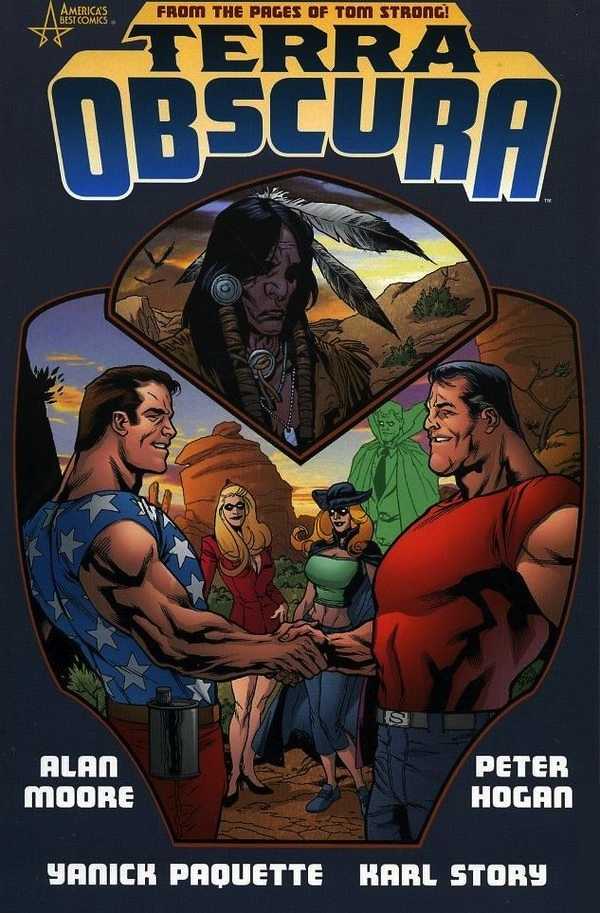 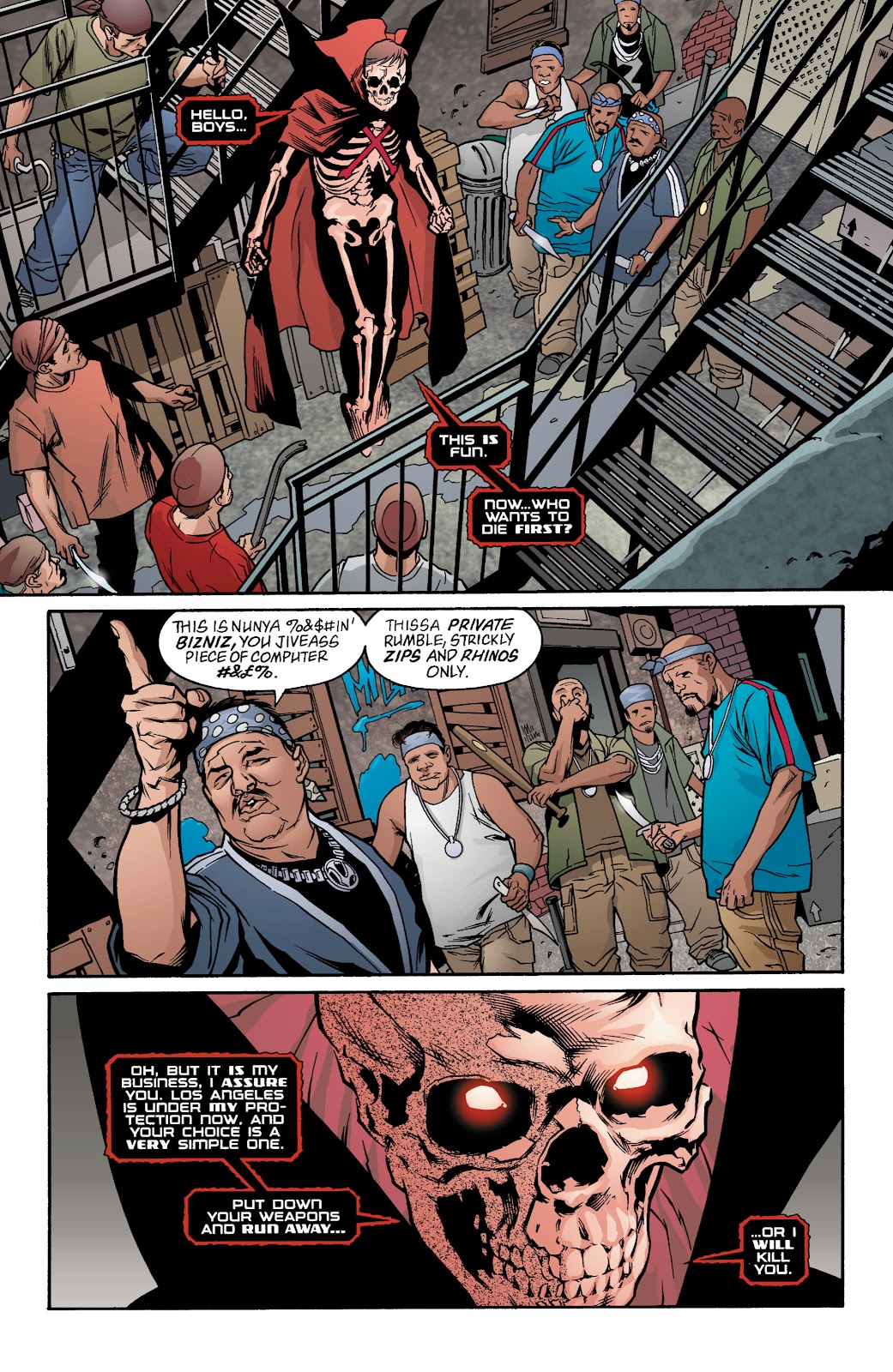 In Tom Strong’s second volume he travelled to another world and met a whole bunch of what were called Science Heroes. In reality they were 1940s superheroes whose copyright had lapsed, and around whose basic personalities Alan Moore was able to construct a fun adventure. That barely anyone reading comics in the early 21st century was aware of the characters gave them a freshness, and Moore avoided taking the obvious route of outright parody. He had Tom Strong name their world Terra Obscura on the basis that it followed Earth’s orbit, but always on the other side of the sun, so was as good as invisible to Earth.

While Tom Strong shows the lighter side of Moore’s writing, it’s packed with ideas, and so is Terra Obscura, the opening chapter making good use of the Black Terror’s new virtual existence. Moore co-plots with Peter Hogan, also responsible for the script, and given a virtual blank slate their take on superheroes is refreshing. In most cases these aren’t infallible, all-knowing beings, and some are limited by absurdities, Grant Halford’s magnetic powers long in the past, the residue being small metal objects attach themselves to him. Hogan’s script also contrasts their different approaches to fighting crime, some aggressive and absolute, others looking at the bigger picture. That’s a null zone spreading out concentrically from a point in the Nevada desert, negating all science within. Lights go off and the powers of what are after all known as Science Heroes are void.

A capable artist is required to bring out the visual invention of the script, and Yanick Paquette is that person. It might not sound much in print, but a wonder of plot is the mechanics of a car scaled up to massive size and Paquette’s version is imposingly good. What begins as a straightforward introduction of one former superhero builds into an ensemble piece where the locations are constantly shifting, from the inside of a Las Vegas casino to other dimensions, and Paquette’s interpretations are consistently effective. There’s no point where the belief evaporates. A bulked up Tom Strange won’t be to all tastes, but that’s a small complaint.

To pick up on some minor plot points, familiarity with the Tom Strong story in which some of the cast first appeared is necessary, but these are largely small modifications to people that don’t greatly impact on the wondrous journey we’re taken on. It’s one of escalation, of separate investigations building into something immense, and it’s terrific. A relationship formed near the end is disappointingly gratuitous, but again, it’s a minor point.

A second volume of Terra Obscura followed, and both are combined in Terra Obscura: S.M.A.S.H. of Two Worlds along with supplementary material never previously collected. Project Superpowers offers a different take on many of the same characters.