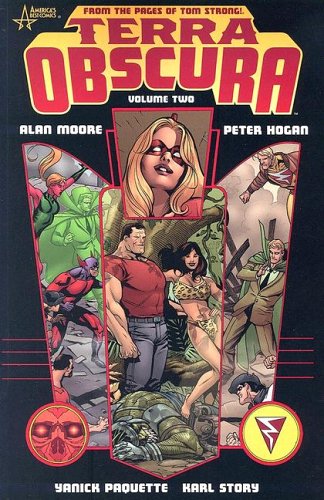 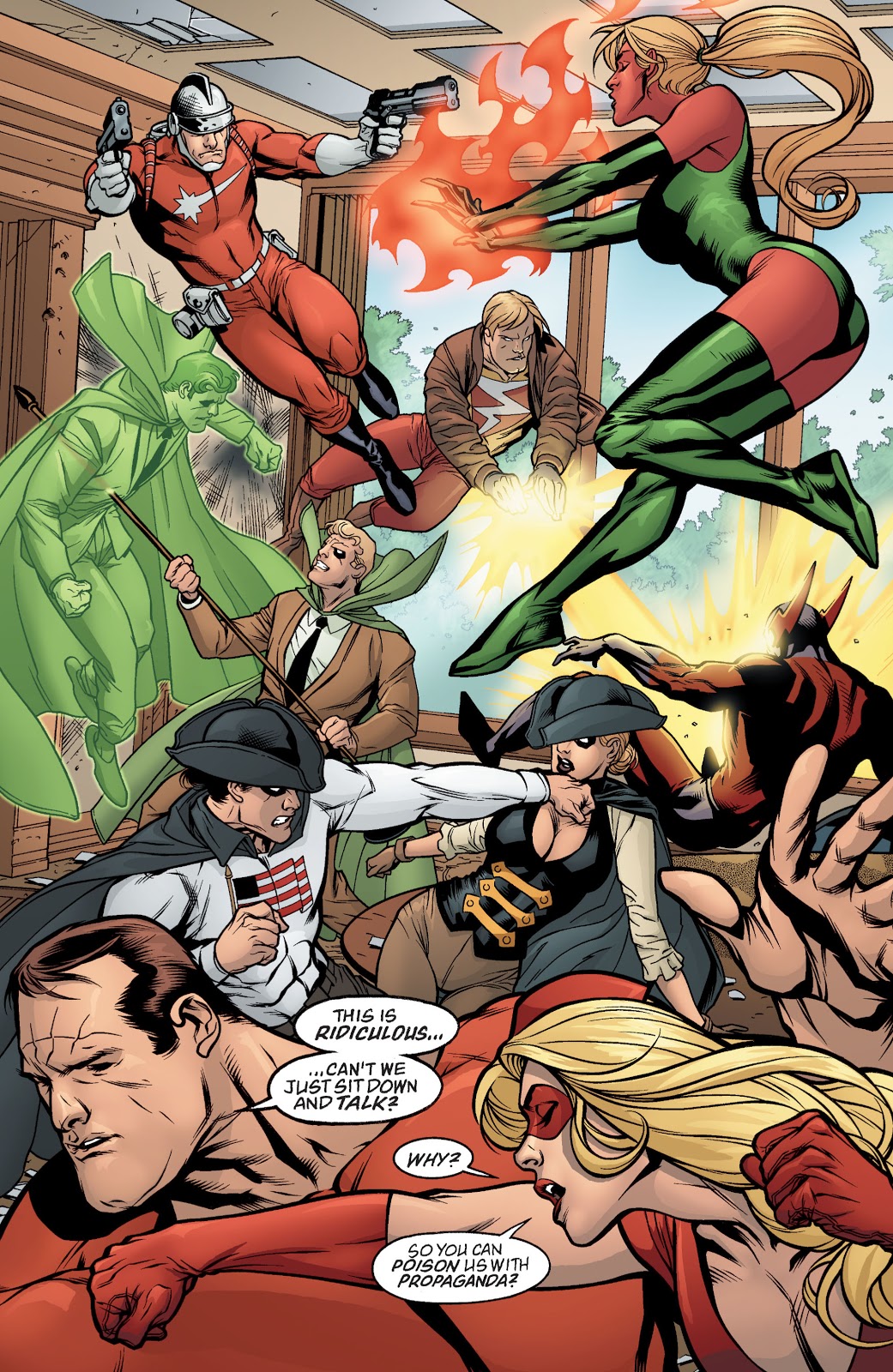 Co-plotters Alan Moore and Peter Hogan move slowly into this second volume of Terra Obscura, updating the characters introduced in volume one, with the primary problem being brief time slips. The original 1940s members of S.M.A.S.H. turn up at their headquarters, Tom Strange’s car keeps reverting to an earlier model, and Captain Future’s spacecraft is in orbit after he’s been missing for forty years.

The time slips enable some brief excursions into the simpler past, innocent fun moments to contrast what’s a considerably darker visit to Terra Obscura than the first time. The Black Terror was violent to the point of being unhinged as a 1940s crimefighter, and while his transformation to a virtual entity might have limited direct physical violence, it’s enabled his psychopathic tendencies to expand in other areas. There’s a fantastic exploration of that in the final chapter.

For the most part Yanick Paquette is the same talented artist he was for the first volume, but he’s run with the idea of a steroid monstrosity Tom Strange, making him even bulkier and providing a chin you could land a helicopter on. Ignore that, and this is again first rate superhero art, his imagination and talent equal to the wonders Moore and Hogan call on him to create.

As before, this is a fun superhero adventure packed with interesting small ideas that gradually moves toward a potentially Earth shattering threat. It doesn’t quite match the opening volume due to a long hallucinogenic section toward the end that switches from personality driven plot to random superhero interludes. Neither does the eventual revelation of what’s been happening greatly convince, but there’s so much imagination overall that this remains a considerably better than average superhero story. Or science hero story as the people of Terra Obscura would have it.

Terra Obscura: S.M.A.S.H of Two Worlds combines this with the first volume, and also incorporates background information pages about the characters and their environments by Hogan and Paquette, slightly updating on this story.