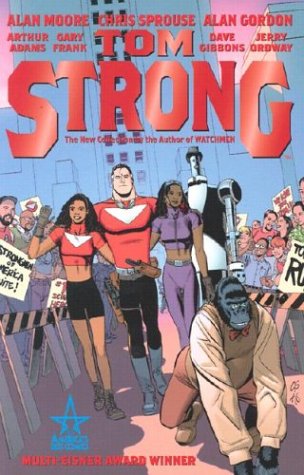 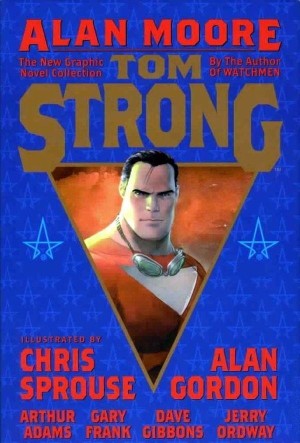 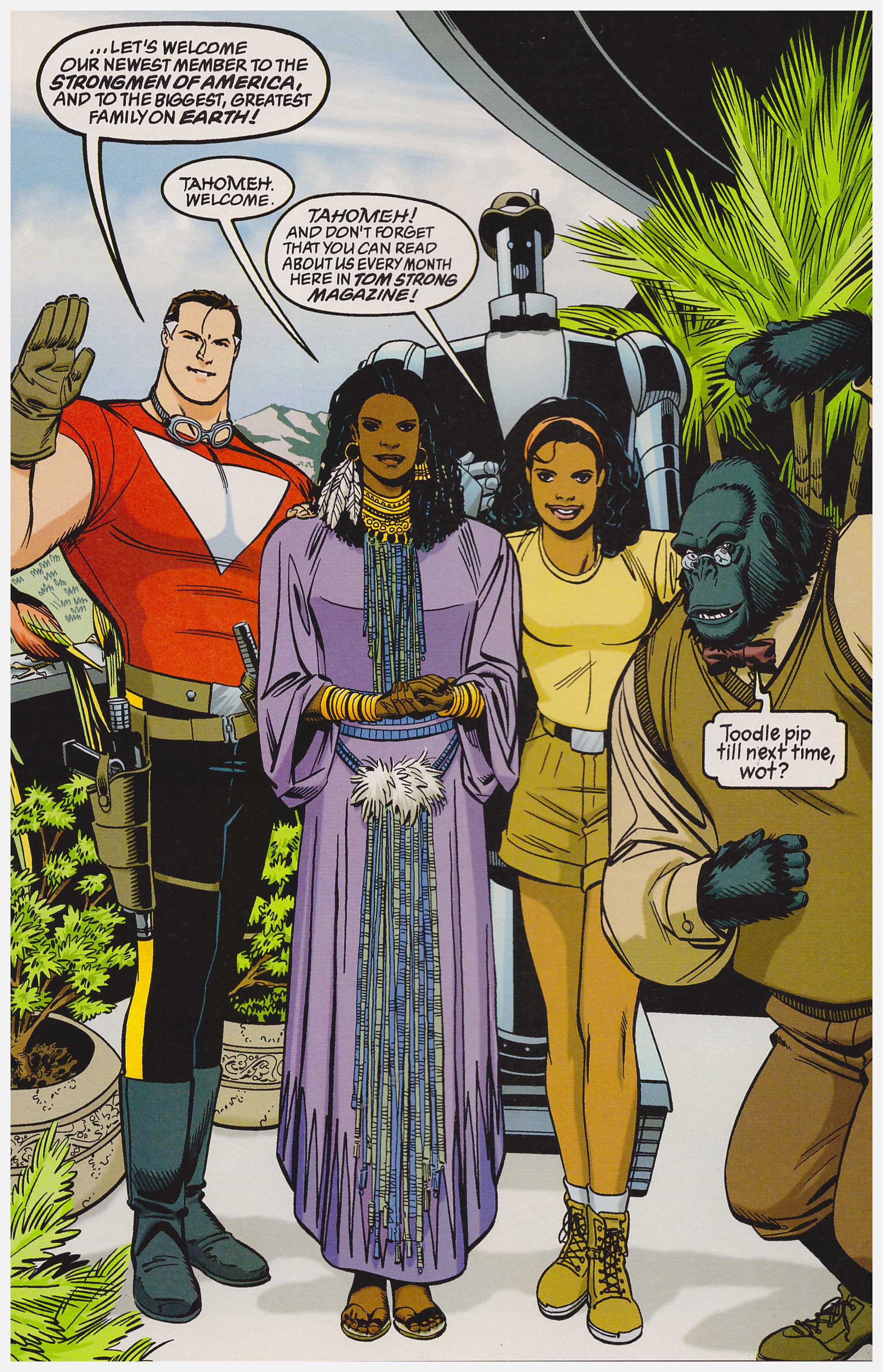 By the late-1990s Alan Moore was disenchanted with the prevailing comics industry, and considered himself partially responsible. He felt creators had latched onto the horror and darkness at the heart of Watchmen, which was only intended as one project, and considered it a template for the direction of superheroes. His reaction was to create a line of characters exemplifying the lighter and more optimistic routes available to the genre, and Tom Strong was his first shot.

It’s an often funny revitalisation of the old pulp standby of the idealised perfect man, best exemplified by Doc Savage. Some technical jiggery-pokery, some ingestion of rare roots, and plain intelligent ancestry are responsible for Tom Strong’s physical perfection, longevity and near-genius, although there is the dark shadow of parental distance so prevalent at the time. His parents sought out a legendary lost island of Attabar Teru in the late Victorian era, Tom was born in 1900, and in 1920 he arrived in Millennium City, USA. He and his close circle remain the city’s protectors in the present day. These include a gorilla talking with the affected accent of upper class English of the 1920s idle rich, and a steam-powered robotic butler.

Tom himself is a square-jawed paragon of virtue who knows his right from wrong. Moore sometimes portrays him as the 1960s squeaky clean Superman – “I’ll sort this out as soon as possible and make the return of your husband and dog a priority”, while at other times the voice of Adam West’s Batman echoes: “Ingrid Weiss… as vile and as insidiously glamorous as fascism itself”.

This is Moore having fun, and it’s unharnessed, as he’d created the vehicle to tell any kind of story he wanted to when he sat down to type. A tale featuring an all-female troop of seductive Nazi pilots is preceded by an invasion from an alternate dimension Aztec culture and their computer God, and followed by a Lovecraftian tentacled monster.

Sprouse’s open clean art occupies the bulk of the book, but when there’s an insert required Moore can call on top quality replacements. Art Adams, Gary Frank, Dave Gibbons and Jerry Ordway all feature with tales of Tom’s past or future.

There’s no great depth here, no layers to be peeled back, but Moore in happy coasting mode tossing off disposable ideas is a better writer than most others operating at their peak. Those who agree might consider opting for the same material plus some of Book Two in more luxuriously presented form as the first Tom Strong Deluxe Edition. 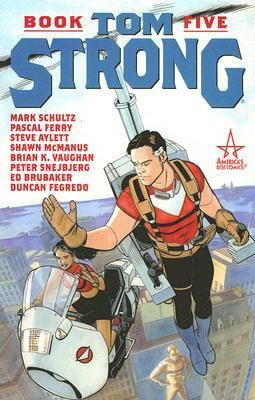