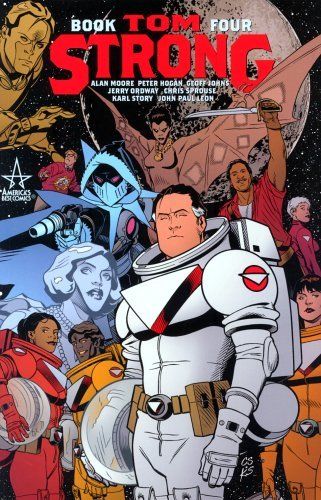 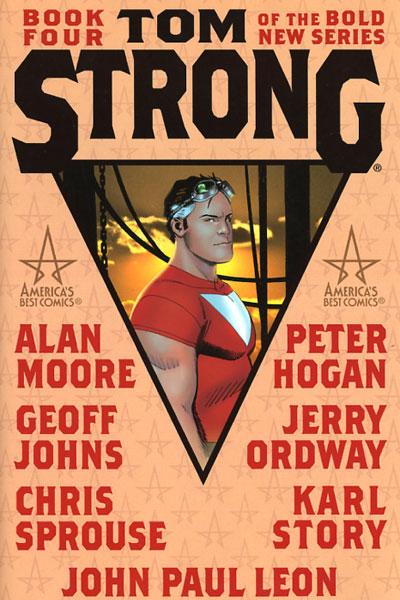 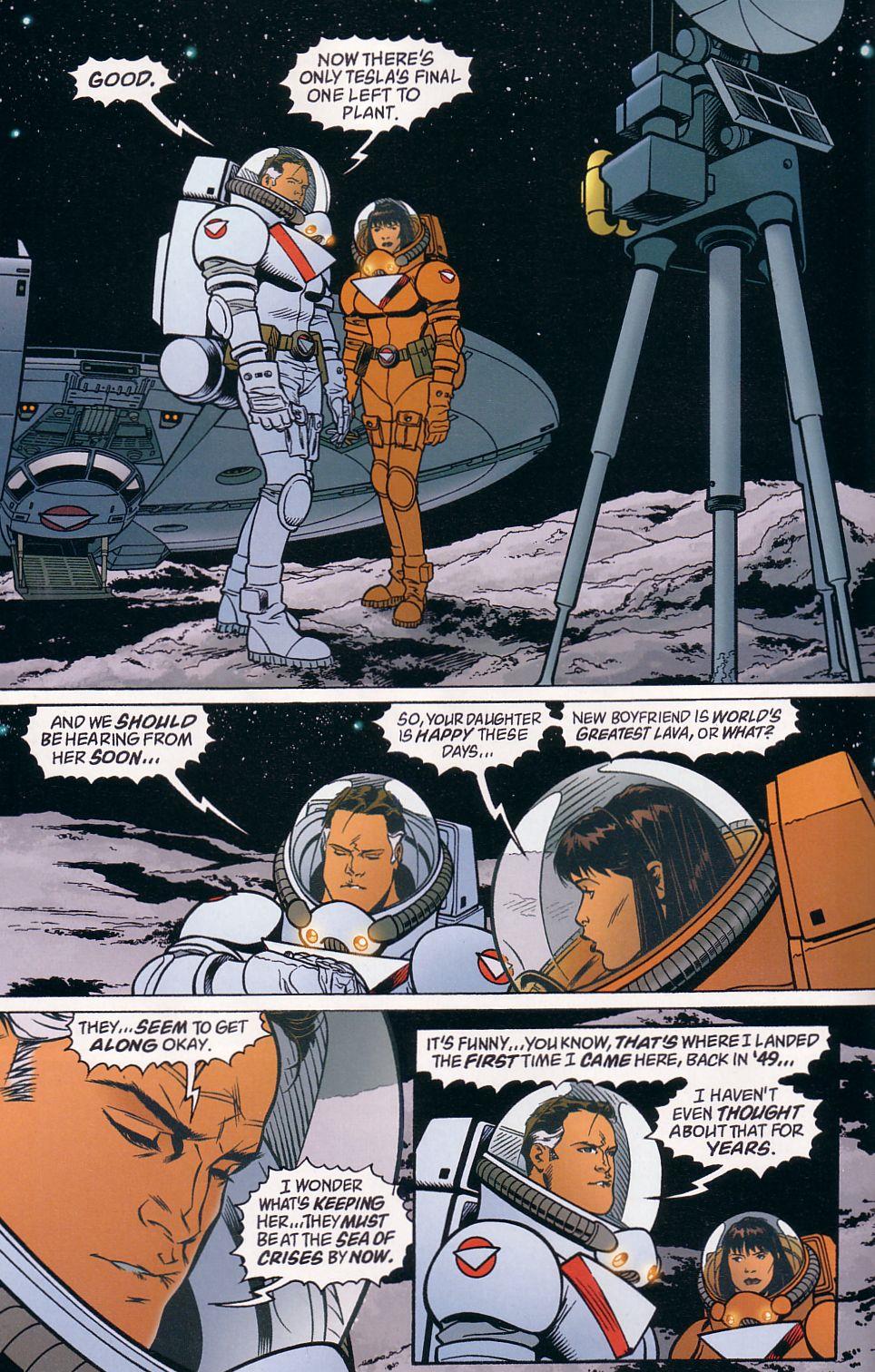 Apart from the very earliest stories the most obvious theme running through Tom Strong has been that of divergence. Alan Moore has explored his perfect specimen via younger versions, alternate world versions, cartoon rabbit versions and here supplies his most ambitious alternate to date. Over three chapters we see the effects of Tom Strong’s mother being delayed from boarding the boat to Attabar Teru in 1899 by two seconds. What begins echoing the opening pages of the series’ first chapter plays out entirely differently, with boatman Tomas surviving along with Mrs Strong while scientist Sinclair Strong dies at sea.

Moore’s revision maps out a Tom Strong with a different life path, involving almost everybody of note who’s appeared in the series to date, but in alternate forms. It’s both tragedy and liberation, and the best story to appear in Tom Strong.

This makes it all the greater shame that it’s Moore’s penultimate contribution to the series, absent entirely until the final chapter in Book Six. Also on his way out until the final chapters is regular artist Chris Sprouse, an illustrative titan. It’s Jerry Ordway responsible for the alternate Tom Strong, entirely suited, but less successful is John Paul Leon on the final tale in this book. He’s an excellent artist, but his smudgy style is at odds with what Sprouse established so well. Geoff Johns’ story is also the weakest, matching the mood, but not delivering anything new.

Peter Hogan is more engaging as his two contributions use Moore’s characters, but evolve them, and he’s also more successful at capturing the dialogue, which may be down to his being British and filtering the same cultural influences. In context Svetlana’s line of “New boyfriend is world’s greatest lava, or what?” is very good indeed, and how he transforms what has been a bit player in Tom Strong’s story (although extensively used in Moore’s opener) is equally impressive. Hogan and Sprouse follow up on all these characters in Book Six.

Before that, though, there’s Book Five, with no Moore and no Sprouse. The stories written by Moore and Hogan can also be found in the second volume of Tom Strong Deluxe Edition.