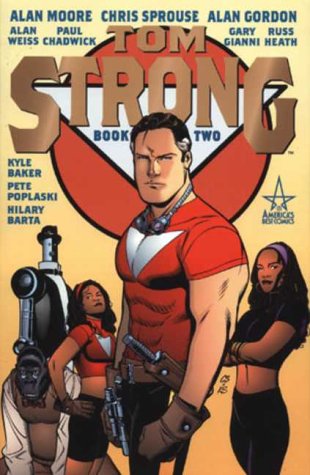 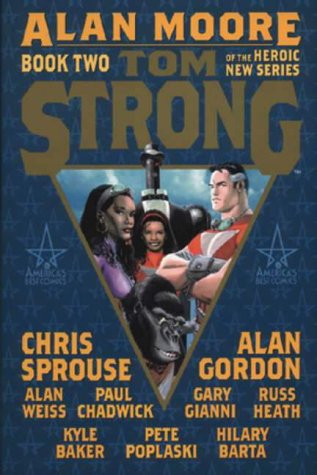 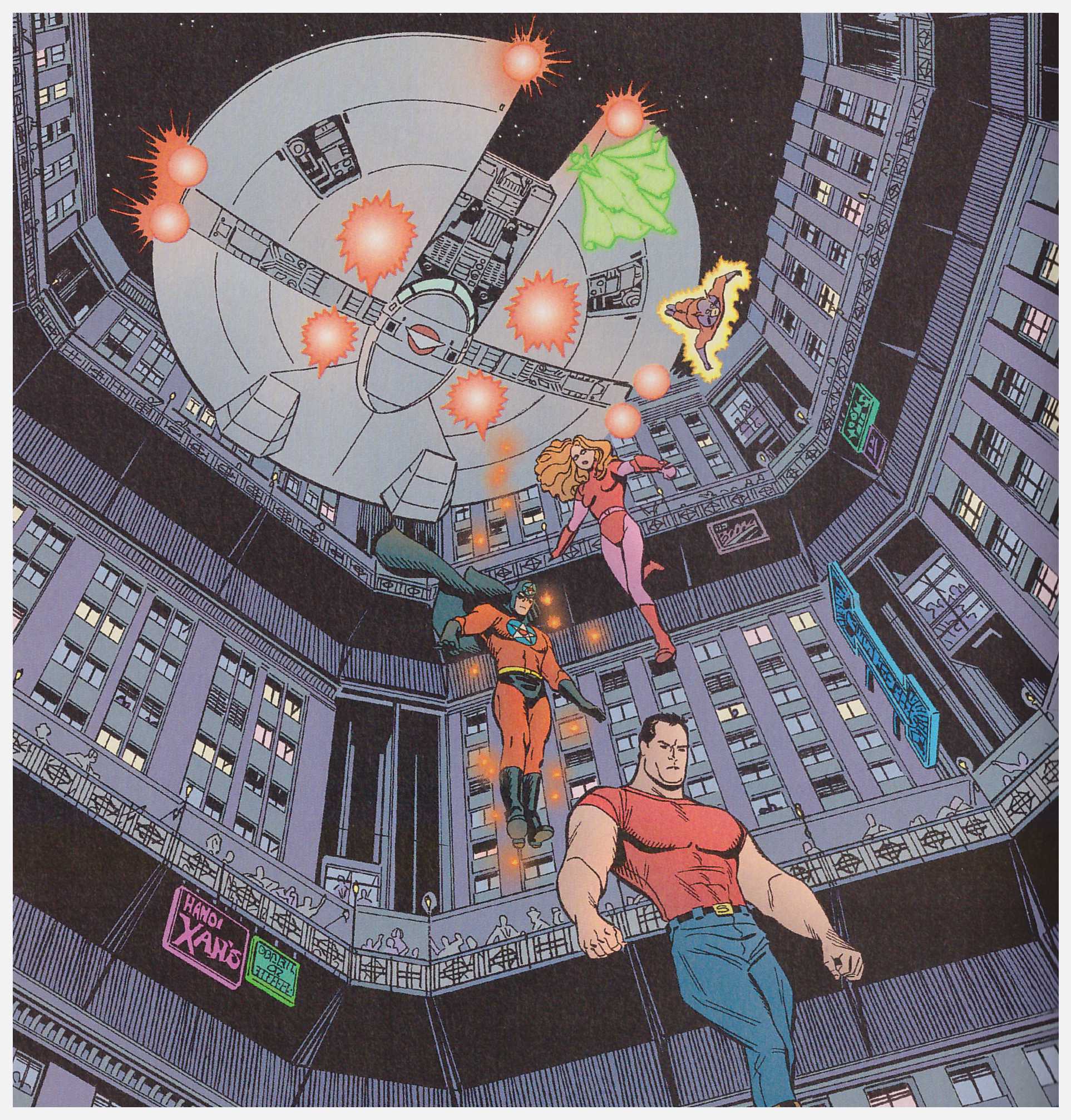 The opening volume of Tom Strong may have given the impression that the feature was Alan Moore’s method of amusing himself by toying with familiar genre tropes while earning a few dollars along the way. Well, Moore trashes that idea with the opening section, which is a dazzling succession of eight page stories displaying his virtuoso writing skills. Differing in mood and approach and featured character, they’re ideally tailored to the guest artists used, and otherwise the impressive Chris Sprouse mops up everything thrown at him.

We have Tom meeting a cartoon rabbit version of himself, his daughter Tesla encountering a half dozen inter-dimensional counterparts, a legacy super-villain and a volcanic being. Tom’s wife Dhalua recounts her coming of age visions, and the Junior Strongmen of America have their own adventure. Moore’s scripts vary from playful to spiritual and switch mood almost between panels.

If we take Sprouse’s excellence for granted (and we shouldn’t), the most impressive of these shorts is Gary Gianni channelling Gustave Doré and Charles Dana Gibson as Tom Strong slips between dimensions and enters the City of the Dead. There he witnesses the first meeting of his mother and father, although Moore provides a twist of the knife. Paul Chadwick is the artist for the troubles besetting an Incan excavation, and Alan Weiss handles the mash-up of Western and science-fiction.

The closing section of the book reprises this format as Moore lovingly pastiches the world of the original Captain Marvel, and, in the company of Hilary Barta, the original Mad material by Harvey Kurtzman and Will Elder. Taken collectively it’s like a wild rush, a giant-sized helping of the material to be found in DC’s old science-fiction anthologies, but with the application of greater intelligence. Many of the characters and concepts introduced in these tales will recur throughout the series.

Between these sections of shorter material we find Moore and Sprouse reviving some long-forgotten heroes of the 1940s, now out of copyright and retro-fitted for modern use, which occurs in Terra Obscura. Throughout the series Moore toys with alternate dimensions and other versions of Tom Strong, differentiated by cultural conditioning. Terra Obscura is a planet duplicating Earth, but located on the other side of the galaxy, with Tom Strange its primary protector. He’s also the only hero on the planet not deactivated by an alien invader, and has spent thirty years crossing the stars to request Tom Strong’s aid.

While there is drama and tension, these are resolutely optimistic stories, wrapping their horrors in cushions. When Tom meets his father on a strange planet he’s told “Son, I promise your childhood is going to be different this time. No more gravity chambers. No more treating you like an experiment.” This is within a warped twisting of Enid Blyton’s fantasy tales for young children where every wish is manifested. The optimism is engaging, and it reclaimed a more innocent superhero archetype without ever talking down to the audience.

Those preferring a more luxurious format can find the content split between the first and second volumes of Tom Strong Deluxe Edition.