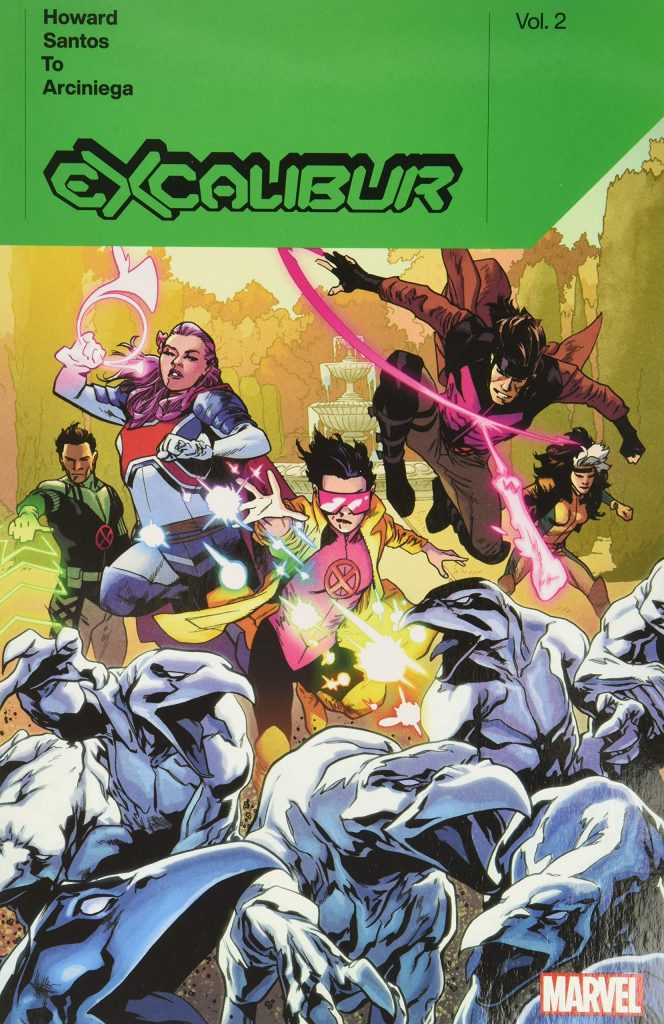 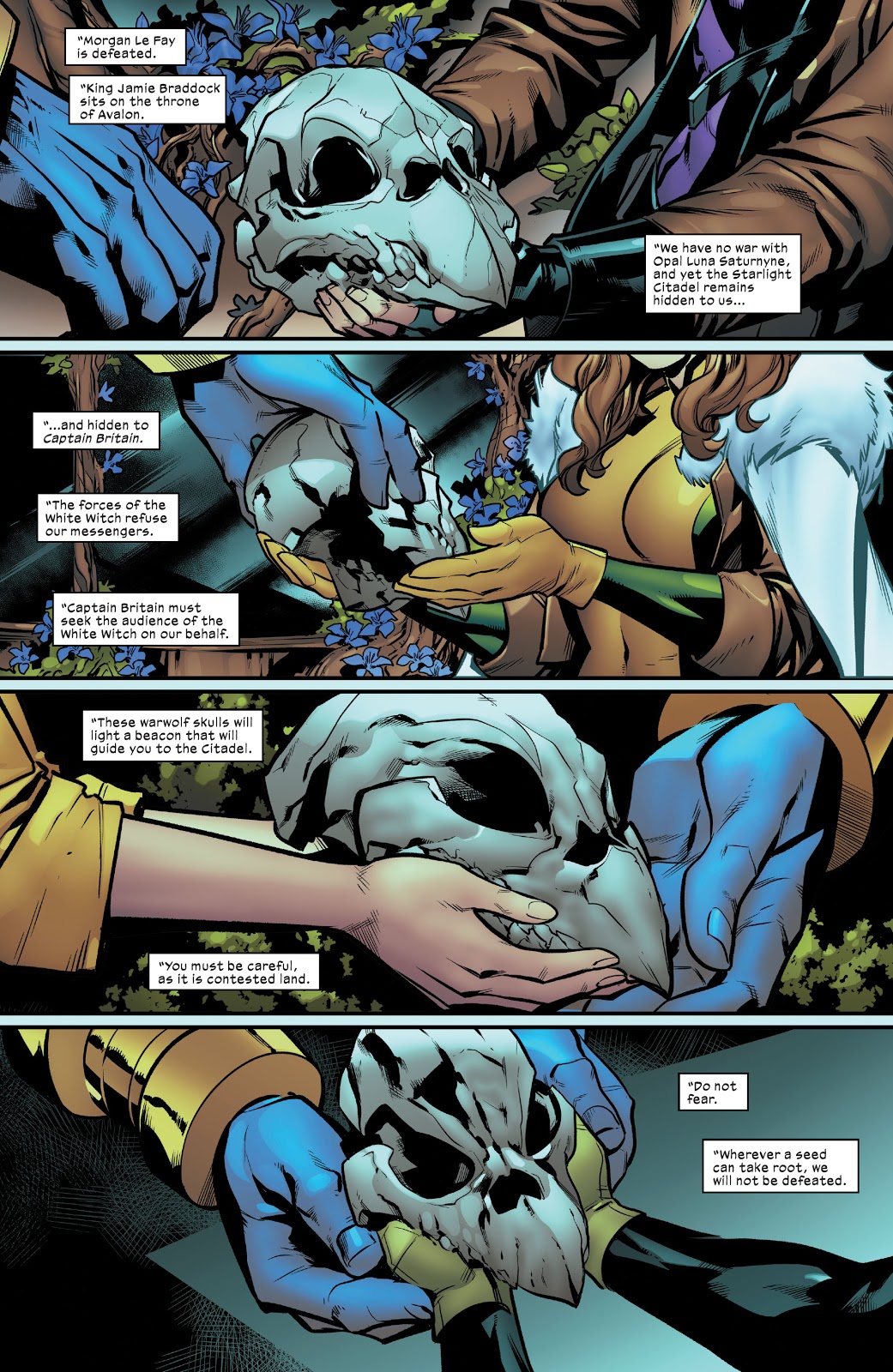 Marcus To’s sample art provides a neat synopsis of the events of Excalibur Vol. 1, to which can be added that Betsy Braddock is now Captain Britain, and what the Excalibur team are doing is of interest to Apocalypse. He now calls himself

as per the new language devised for the mutants housed on Krakoa.

Given his past, it’s surprising that Apocalypse appears to have bought into the idea of an independent mutant nation with a ruling council, but he continues his research somewhat furtively while claiming to have the best interests of the broader community at heart. As part of that research he needs the skulls of the Warwolves, an alien species stranded on Earth who troubled an earlier incarnation of Excalibur. That brings Excalibur into conflict with Cullen Bloodstone, and then there’s an excursion to Otherworld, ruled by the always impenetrable Omniversal Majestrix, Opal Luna Saturnyne, who resents attempts to establish a mutant jump gate in her territory. It’s not a picnic in the park dealing with a woman who mixes magic and science while happily declaring “To put a stop to whatever madness threatens the balance of the Omniverse, I will destroy whatever I see fit”.

What Tini Howard weaves from the threats is complex, and inadequately explained. There’s a jump between chapters, and when dealing with two characters capable of warping reality, it renders anything possible. An entire chapter of this seems fraught when read, yet is then presented to have no consequences. What’s going on?

The emotional aspects of this collection are Betsy’s continuing frustration that her Captain Britain identity is seemingly considered lesser as some access is refused, and Jubilee’s son Shogo remaining in his dragon form, which causes some chaos. Both plots resonate, and eventually there’s a reckoning for Apocalypse, whose needs are revealed. They turn out to be a fight for an ideal.

Wilton Santos on the first two chapters, and Marcus To on the remainder both deliver spectacle and visual emotional depth, and it’s their art more than Howard’s plot that gives Excalibur its appeal. When everything looks this good, it’s easier to overlook that at times much doesn’t make sense.

By the end events have set up X of Swords, which crosses over between all the new X-Men related titles, while these stories are also combined with the first volume in a hardcover edition.