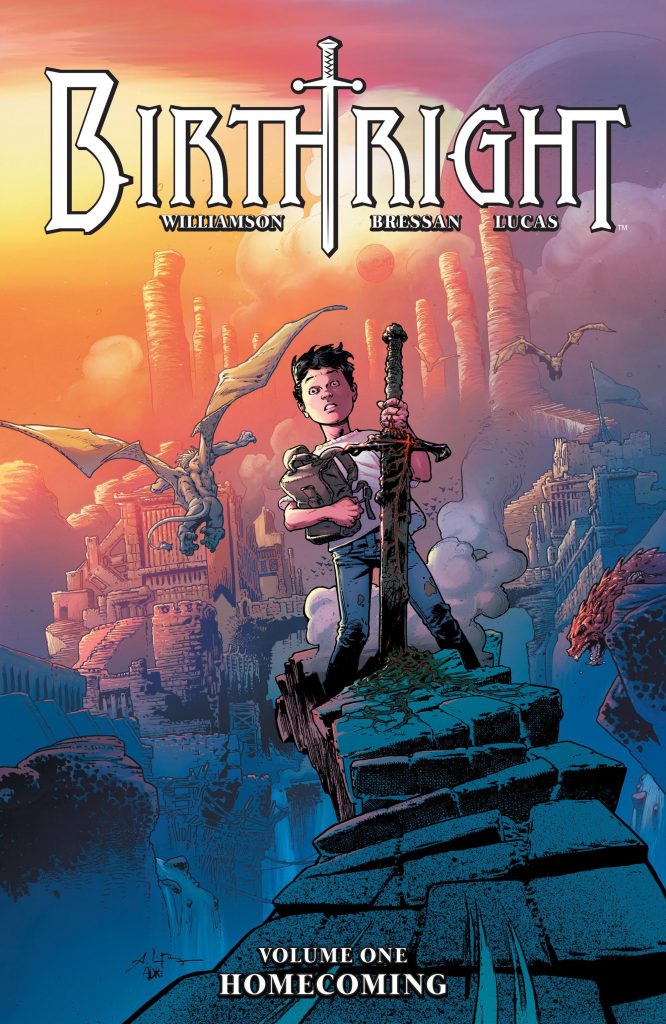 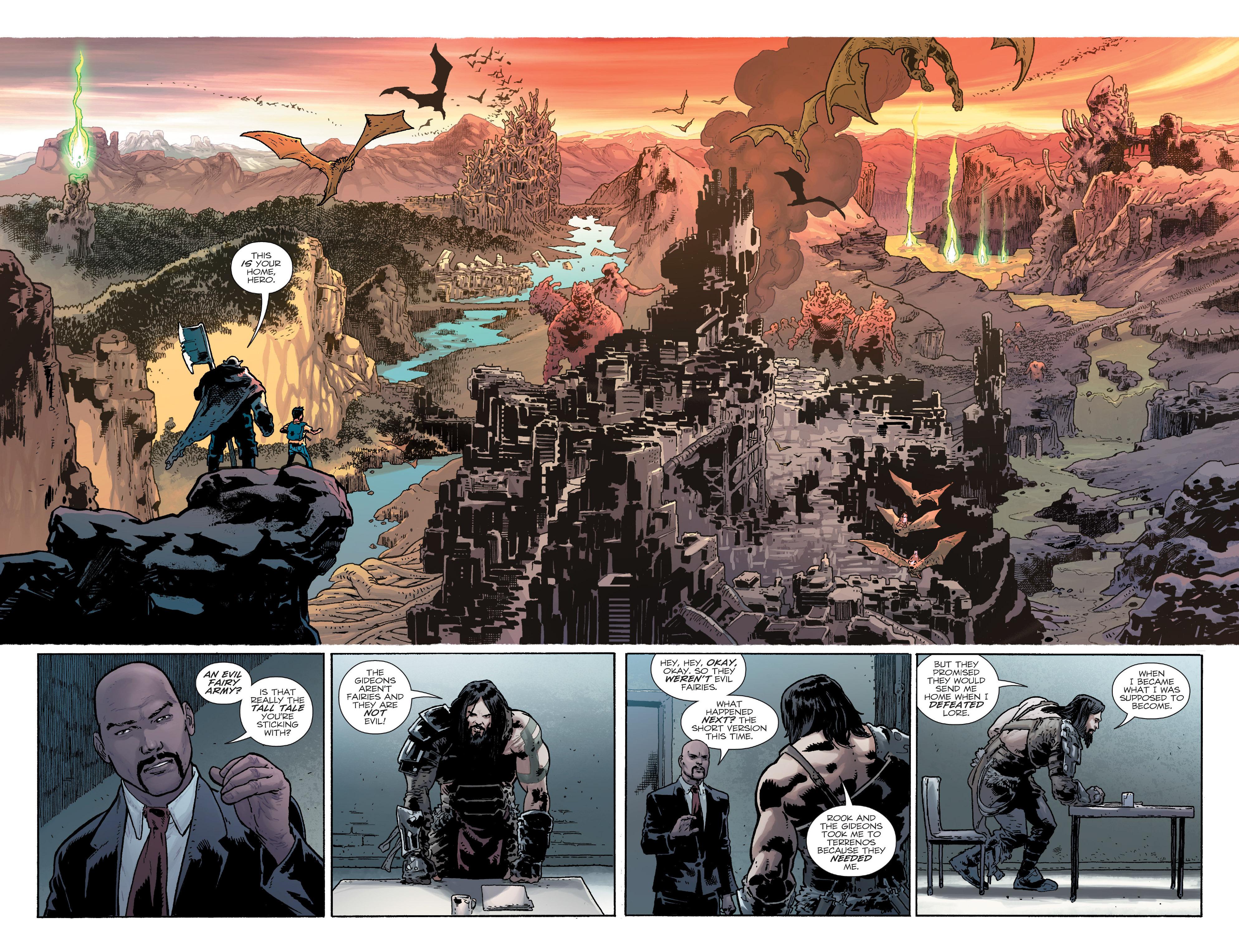 According to conflicting viewpoints fantasy is a genre limited only by imagination, whereas the unconverted just see a repetitive mix of lone warriors, mythical creatures and lumpy landscapes. Would those people apply a similar shorthand definition of costumes and punching to superhero stories?

Joshua Williamson takes his inspiration from the Narnia stories, introducing a young child transported to an amazing world via other dimensional portal, although no wardrobes are required. Mikey is five when he disappears in the woods, and Williamson begins by grounding his story in reality, investigating what happens when a child disappears, and where the finger points. A year after the disappearance older brother Brennan is taunted with “everyone knows your Dad killed him”, and what was once a loving family has completely fractured. Mikey has been transported to Terranos, which at first glance is a standard fantasy world, but the clever aspect of Williamson’s plot is that the opening concentration on reality isn’t just a novel way into the fantasy, it’s an integral part of the package.

Deception is key to Homecoming as it toys with expectations of the path that will be taken. At every turn Williamson provides a custard pie in the face for anyone attempting to second guess him. Mikey arrives in Terranos with a weight of prophecy hanging on him. Just as everyone expects great things from the young Harry Potter, Mikey is said to be the chosen one, the person who’ll free the land from the tyranny of Lore, the magical demon who rules the kingdom. The scenes of Earth in the present day are intercut with charming interludes of Mikey in Terranos, aware he can’t return home and training to become the hero he’s told he’ll become. Williamson applies a naturalistic style all the way through, starting with the young Mikey knowing he’s not allowed to play with knives, and continuing to have cultures clash.

Birthright’s dual locations require an artist at home supplying the everyday alongside the magnificent, and Andrei Bressan convinces with both worlds individually and keeps matters credible when they cross over. It’s the fantasy elements that display his creativity, and the beasts he designs are other-worldly, not just slightly modified Earth creatures, and provided with a real sense of scale. They’d be utterly terrifying to an adult, never mind the five year old that first sees them.

We discover early on why this volume’s titled Homecoming, but revealing that would ruin a good surprise. Suffice to say Williamson keeps readers informed. They’re a step ahead of the book’s cast, and that creates a viable tension throughout. Williamson makes no secret of his influences, but moulds them into something different, and very engaging. As Homecoming ends, about to shift into Call to Adventure, we know what Mikey is supposed to become and what he has become, and it’s almost guaranteed to hook you, fantasy fan or not. 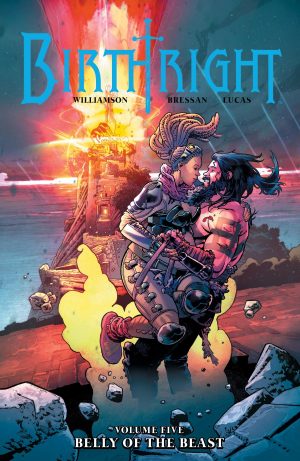