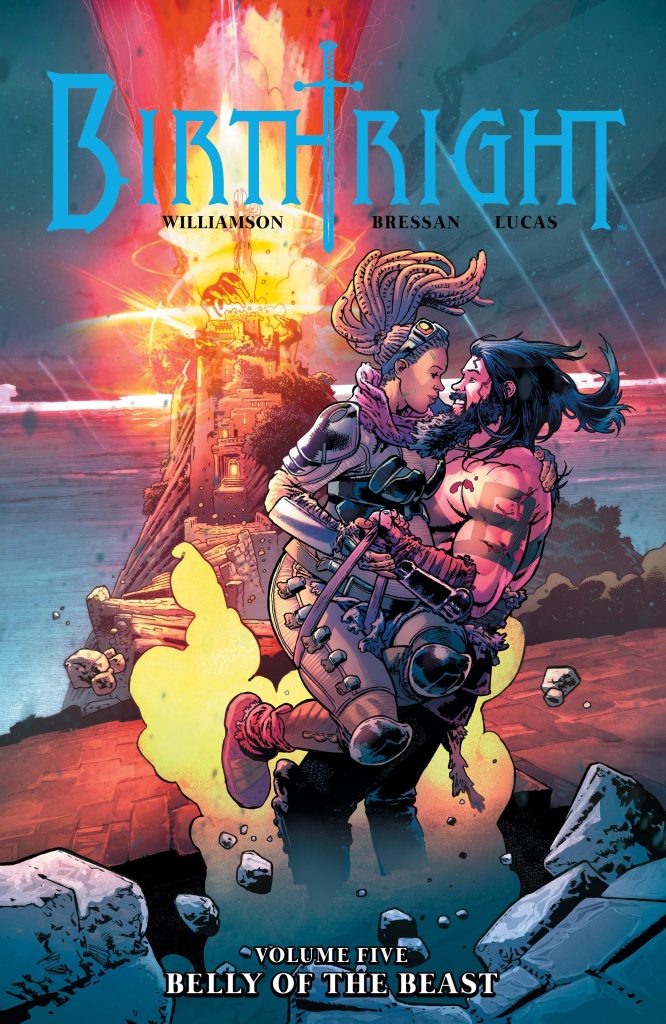 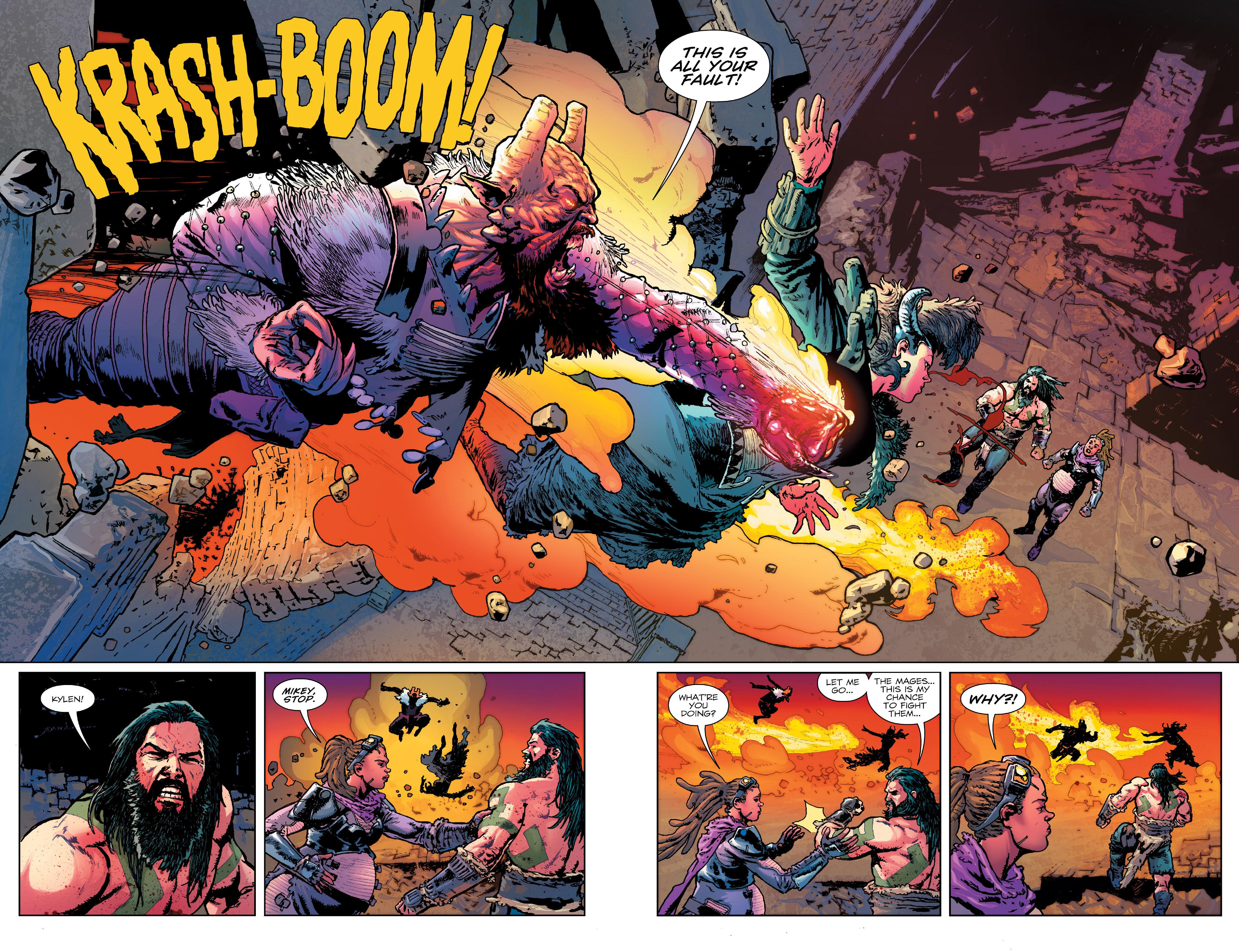 Five volumes in, there’s a complexity to Birthright, and it’s a series that really needs to be followed from the start. The basic situation is that Earth can be connected by portals to a world named Terranos where all sorts of conditions and creatures common to fantasy worlds exist. It’s ruled by a cruel despot named Lore. Think Sauron, Darth Vader, or Voldemort. Having learned of Earth, he’s set his beady eye on it, and his weapon to kill some mages who previously escaped there is Mikey Rhodes, lost aged five, and returned as a muscular adult brute forged in battle, but, crucially, controlled by Lore.

Family History concluded with Mikey about to enter the stronghold of one of those mages on Earth, unaware that his girlfriend has also crossed over and the birth of their son is imminent. With that strong emotional drama alone Joshua Williamson hooked us into Belly of the Beast, but it’s not quite the compelling drama that Birthright has been to date. While unpredictable, and good with revelations about the past, Williamson has reached a tipping point, and there’s now a definite feeling that the plot is being artificially dragged along. This is prompted by another new player to perpetuate the danger as a couple of previous threats are shuffled off the stage. Kallista is dangerous, vengeful and utterly loyal to Lore, with a fine line in dismissive dialogue. “The same spoiled little girl who would rather destroy her toys than let others play with them” is her assessment of Mastema, who’s so far proved a formidable threat. However, her primary purpose is to extend the plot.

This isn’t to say there aren’t moments of excitement and unpredictability. Andrei Bressan again stuns with some of the spreads he produces, although there are fewer of them here. He frequently has to draw Mikey and others as half man, half demon, indicating a morphing state, and the results are nighmarish, but his artistic triumph in this collection is a transformation scene of a different type, needing scale for total impact, and that’s one superb spread.

A spectacular final chapter goes some way to compensate for the feeling that Birthright is being artificially extended, but the true test of that will come with Fatherhood. 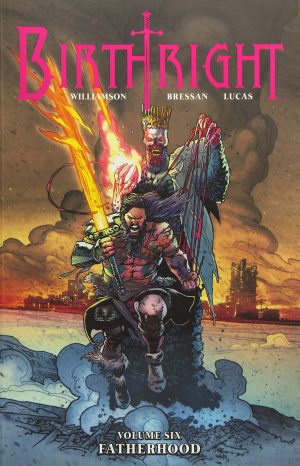 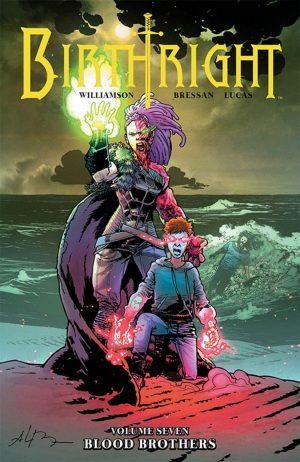 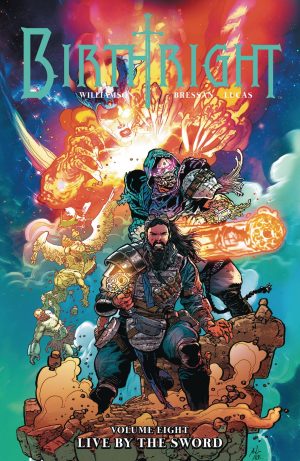 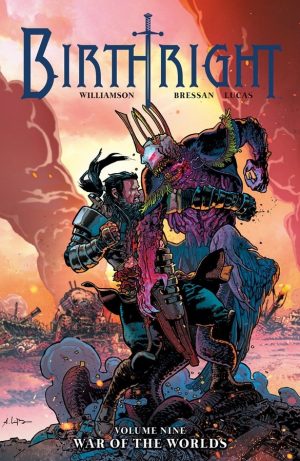