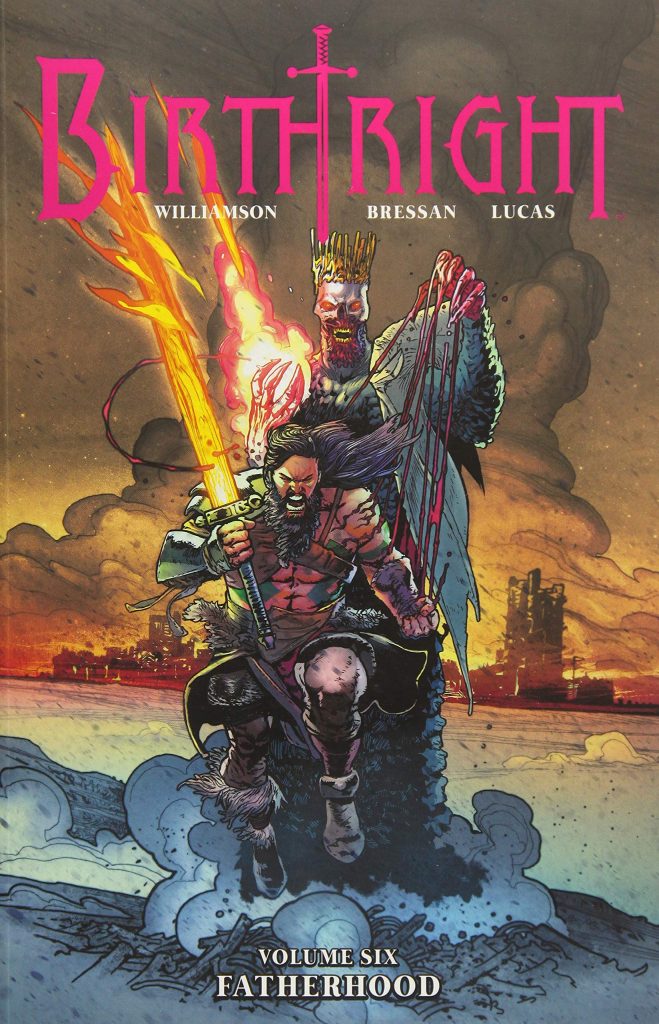 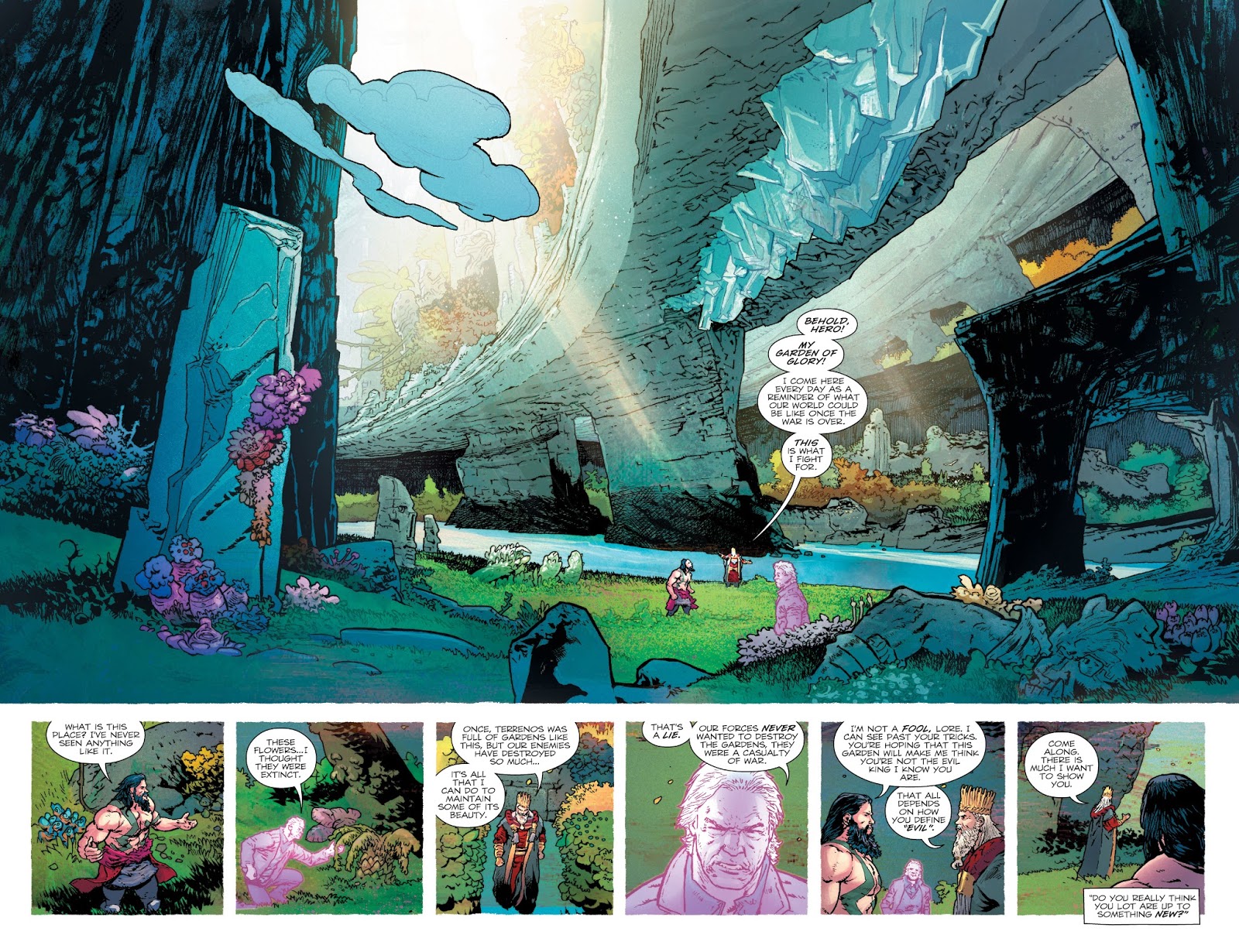 Fatherhood begins with a hard sword and sorcery sequence of Mikey in full orc-slaying mode. Andrei Bressan draws it spectacularly, but the purpose is to completely contrast much of what follows. Since arriving back on Earth Mikey has had little trouble dealing with what the Earth authorities have thrown at him, but the threat here is a small squad of elite troops.

Mikey spent much of Family History comatose, and that’s repeated in the present day for Fatherhood, although back in the past he’s a viable fighting presence. To begin with at least. After his disappearance, the single defining moment of Birthright is Mikey’s confrontation with the demon Lore. It’s where he changed from a warrior who believed utterly in the prophecy that he’d bring Lore’s cruel reign to an end into a compromised and possessed person despatched to Earth on Lore’s behalf. It’s been referenced several times, but we’ve never witnessed the event, and Lore himself has been given a low profile by Joshua Williamson. Here, he’s an ugly, but beguiling. “Does that sound right to you Mikey? That killing someone would lead to peace?”, he offers, a tempting presence. This isn’t the only glimpse into the past as Williamson revisits what was glossed over in Birthright’s introduction, the tensions and pain of a family torn apart by a child who’s just disappeared, and the suspicions that brings.

It’s now to be expected that Bressan honours us with an amazing spread in every chapter, and there are some doozies here. The sample art accentuates a serene beauty, but the choice could have been carnage or disaster, all equally well depicted and intricately detailed, and he finishes the book with a great page that would be more at home in a horror title. As has been the case from the start, Bressan has a real facility for letting us know how people are feeling, whether or not they’re actually saying anything, and that’s very important for some extremely dramatic scenes.

Belly of the Beast had the feeling of marking time, and given how many pages are spent examining the past, it might seem this comment applies to Fatherhood, but that’s not the case. The past strongly informs the present, and experiencing it is a process that brings about a significant change. That aspect is good, as is the cinematic disaster, brilliantly drawn by Bressan, but another threat is built up and while well used in cliffhanger chapter endings, it disappears too easily. Still, Birthright remains an imaginative blending of fantasy and action thriller, Fatherhood is a game changer, and the series continues with Blood Brothers.