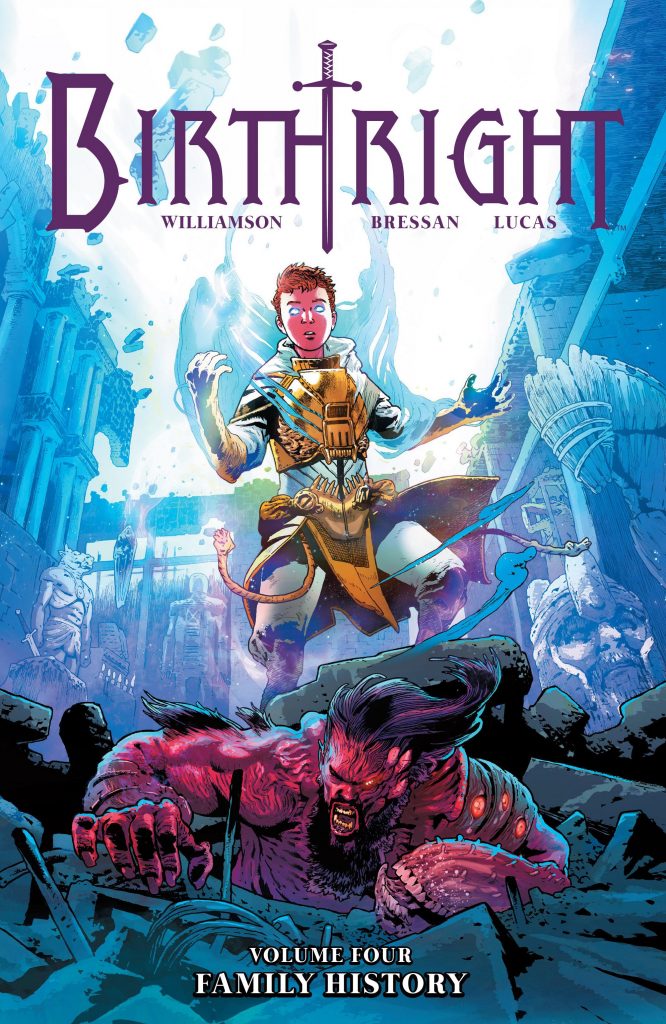 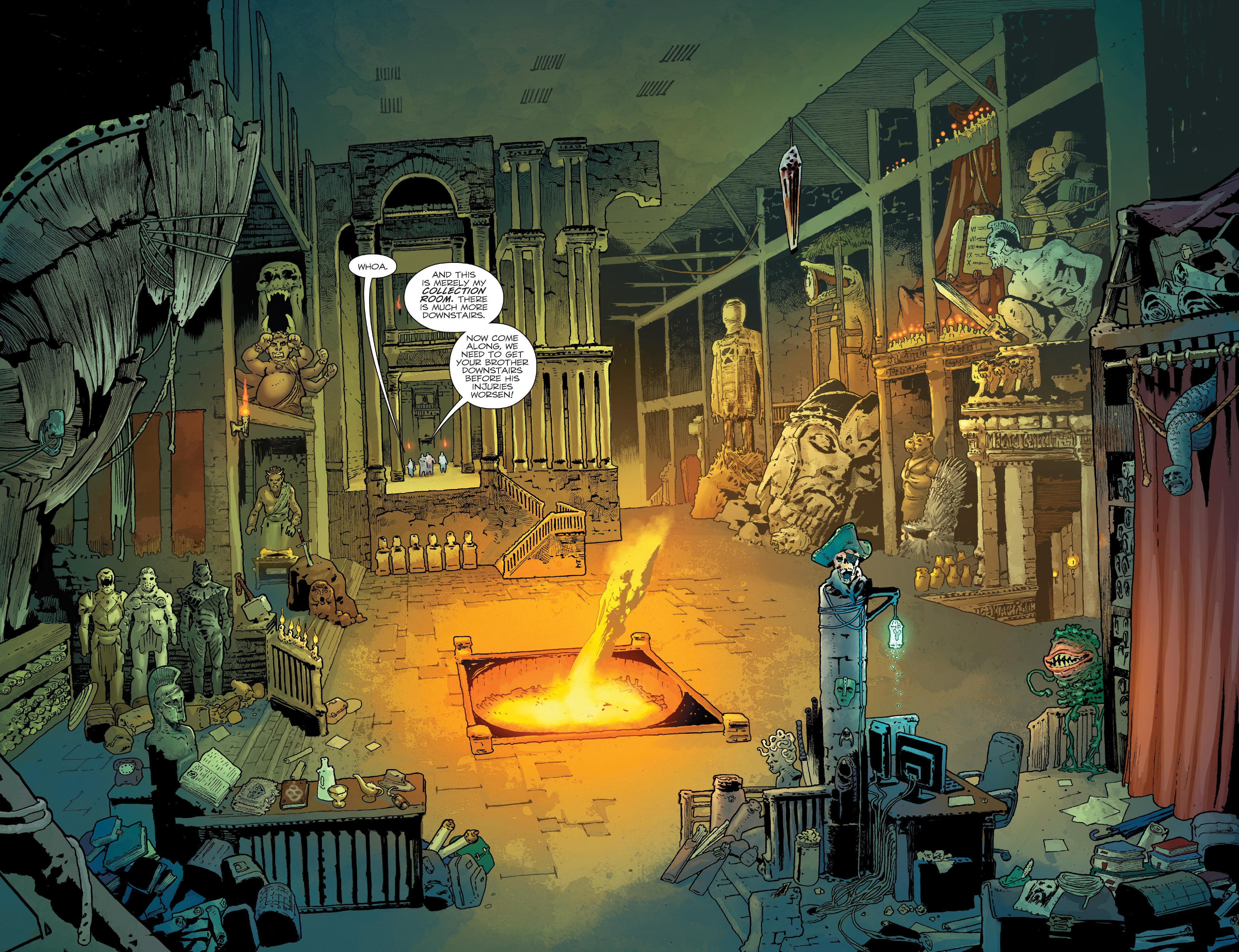 Joshua Williamson and Andrei Bressan’s family drama with a hefty insertion of fantasy continues by expanding the Rhodes family. The final page of Allies and Enemies introduced Sameal Rhodes, largely absent father of Aaron, and grandfather to Brennan and Mikey. The reason for his absences is explained early via the clever revelation that he’s one of the five Terrenos mages hidden on Earth, the people Mikey is targeting on behalf of the land’s evil ruler. Mikey’s true state has now been revealed to his family.

Family History shifts the tone of Birthright considerably. Until now Mikey has been central to almost everything, but he spends half this volume unconscious, recovering from wounds sustained, although as we might expect, it’s actually a little more complicated than that. Williamson has played a long game by gradually introducing more characters while keeping the focus on the Rhodes family. Now some of those other people have a greater role to play in events, and there’s a lot more emphasis on magic than previously. There have been some pretty heavy hints that Brennan isn’t just a long for the ride, and the truth about him is revealed.

Although the title might suggest otherwise, this is a widescreen action instalment, with plenty of fighting against impossible odds, and while his art can also prioritise decorative detail, Bressan is tremendous with the action. We see battles in the past, and battles in the present, all featuring nightmare creatures Bressan pulls from some deep, dark part of his imagination.

The mages from Terranos now on Earth have a complex relationship. Williamson shows what really united them was adversity on their own world, but given pause for thought they have very different attitudes about what’s necessary and how to achieve that. The conflicting views are well presented, and Williamson ensures we can have some sympathy for everyone’s opinion, if not with their methods. “Do we doom one world to save another?” was the essential question in the past, and the simmering truce they’ve maintained since arriving on Earth has been fractured by Mikey’s return. Once unleashed, the mages are far from pleasant individuals, and they have some unbelievable resources at their disposal, with Williamson terrific at reconfiguring some regular fantasy inclusions.

The ground has shifted considerably by the end, paving the way nicely for Belly of the Beast.