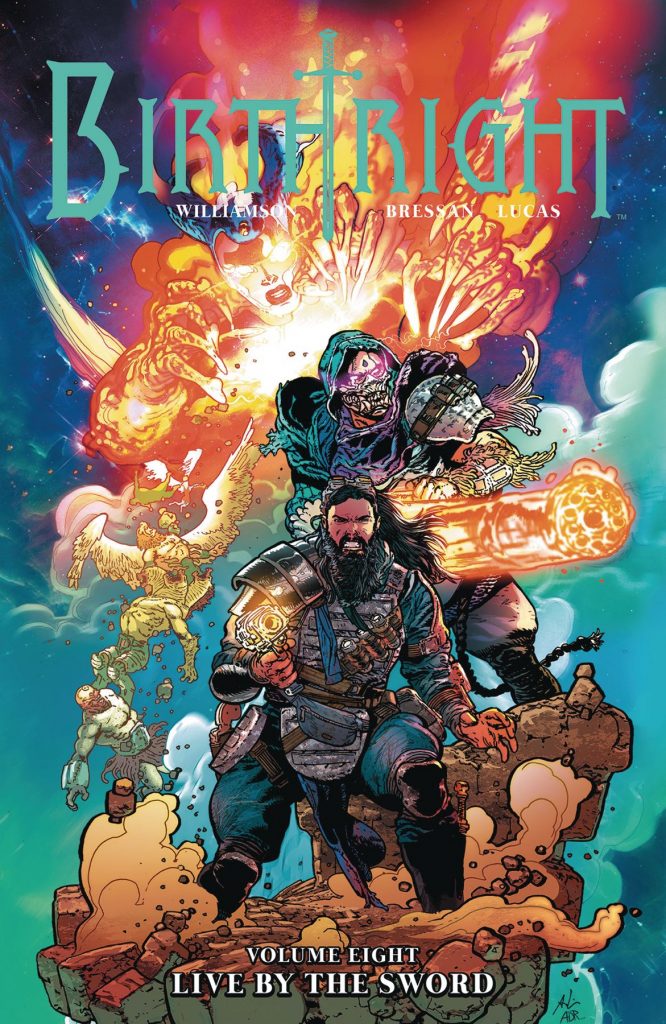 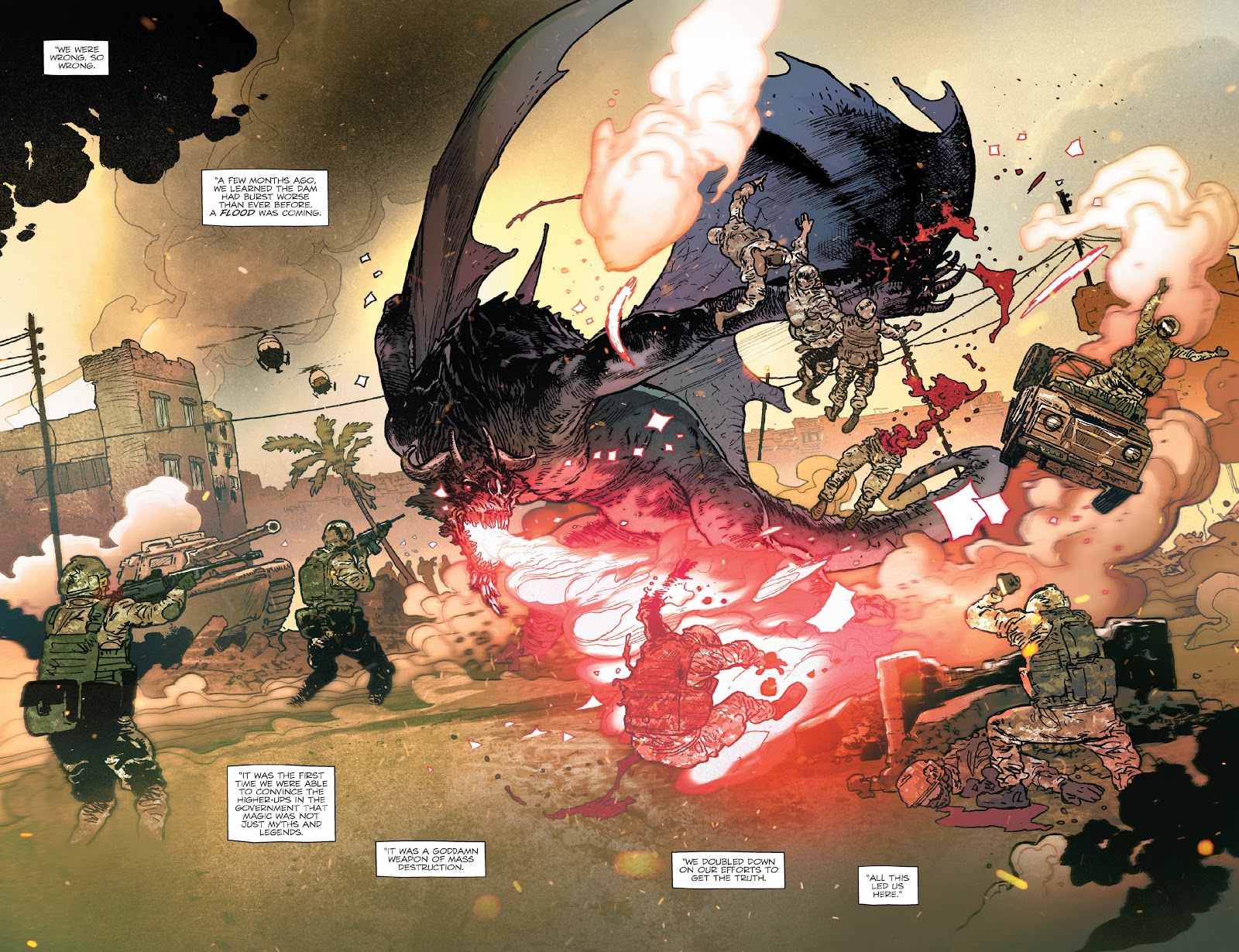 Joshua Williamson begins Live by the Sword by laying out the development of magic on his version of Earth as Mikey Rhodes is still being interrogated by security forces. His relationship with them rapidly changes as it becomes apparent that it’s no longer a case of if an extinction level threat might manifest on Earth, but how soon. A lot changes over the opening chapters.

With the mysteries largely resolved and a purpose out in the open, this volume of Birthright dips slightly down the quality scale from Blood Brothers. It’s not quite predictable, but a purpose has been outlined along with a way to achieve it. What it boils down to is the fatal weakening of the barrier between Earth and Terranos created decades previously. The barrier must be restored, but is that possible? Hanging over everything is Lore, the ultimate evil, Darth Vader combined with Sauron and Voldemort.

A feeling of marking time also applies to Andrei Bressan’s art, so good for so long. It’s noticeable that compared with earlier volumes he seems rushed in places, taking the easy option, using close-ups more than previously, some shaky figures, and contriving scenes where colourist Adriano Lucas fills in the backgrounds. Overall he’s a real cut above, so compared with your average fantasy series Birthright still looks stunning, but Bressan has been better.

Lore’s estranged daughter Mastema becomes pivotal here, and what Williamson does with her fascinates. She’s well aware of the danger to the worlds, but has her own plans for coping with that, which occupy the final chapter. It’s during that final chapter that Birthright kicks back into life, Mikey again pivotal as he has been for most of the series, but here in a very different way. “For there to be life there must be death” he’s told, and the sheer horror of that in context is astounding, a really unexpected, nasty twist. Another is provided before the end to take us into War of the Worlds, as someone we presume knew what they were doing unleashes the hell that title suggests.

Sadly, though, a really good final chapter provides an upward quality curve, but doesn’t compensate for the lack of thrills overall.