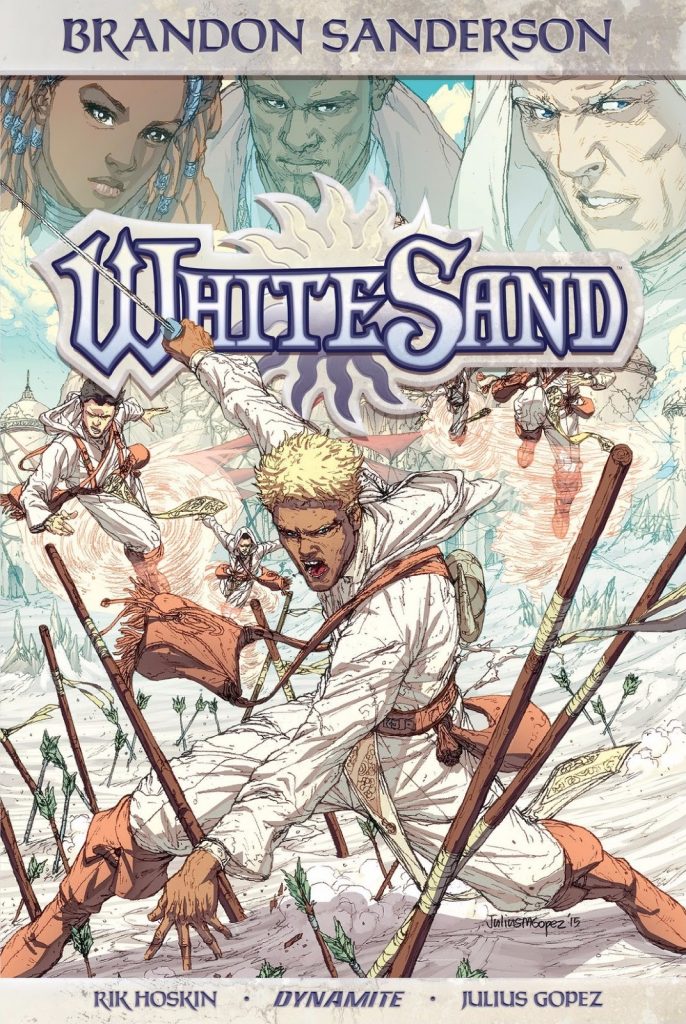 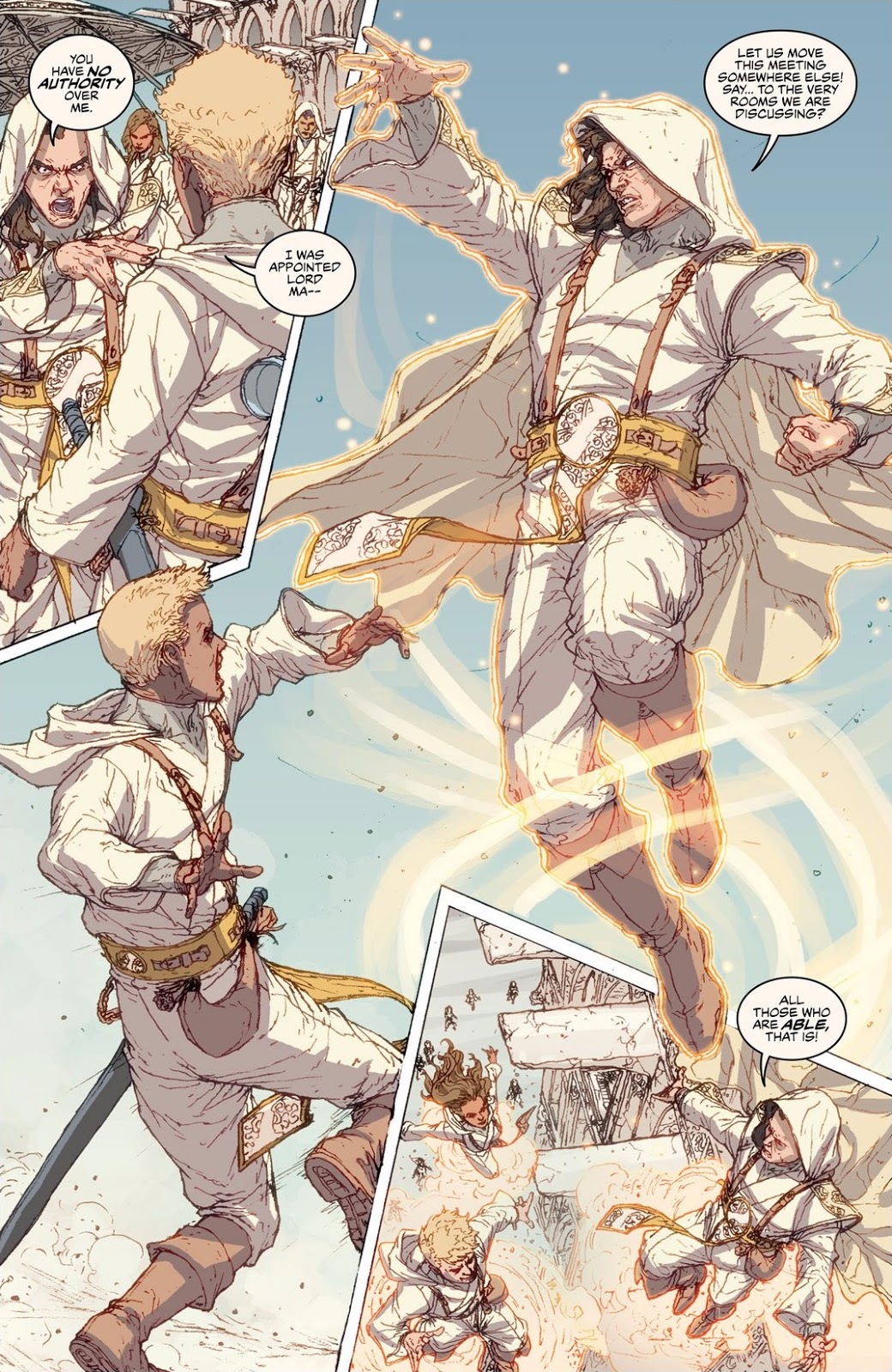 Brandon Sanderson is an incredibly prolific and popular author of works blending fantasy and science fiction. Even so, an introduction noting White Sand was a project he’d attempted twice in the days before being published that had languished since his success hardly raises anticipation. How wrong minded! Instead, it’s an indication of Sanderson’s own high genre standards and his prodigious imagination, creating diverse societies bolstered by traditions and practices on an ancient world where one side of the planet is in perpetual daylight, the other in perpetual darkness.

Kenton, our hero, is established early as a stubborn young man of principle who won’t accept fast tracking through the ranks of Sand Kings due to his father’s position. He’s a maverick in the desert society, able to control sand to some small degree, but preferring to use a sword, considered the weapon of savages. The opening two chapters establish what the fully fledged Sand Kings can do, true masters able to transmute sand into water, Kenton’s own capabilities and courage, and why he leaves his homeland for the wider world. This is amid Sanderson and writing collaborator Rik Hoskin completely wrong-footing reader expectations as to where the story is leading.

An exploration of the wider world follows, but like so much fantasy, to establish an authenticity Sanderson and Hoskin filter in an assortment of makey-up words as titles, positions, purpose and ability, despite the story being presented in English. Fantasy readers are attuned to this, lapping it up, but others may find it frustrating trying to remember the significance of newly introduced terms. That caveat aside, what’s being constructed is immense and admirable. There’s a feeling of detail, of political process and tensions, and of fully realised structures and systems, and the map introducing the book may be useful in absorbing some of this.

Technically, Julius Gopez is a very gifted artist, his style in places reminiscent of Michael Zulli’s work, but a passion for detail results in some messy looking pages. He and colourist Ross A. Campbell are somewhat hamstrung by the early desert setting and a lot of people, only naturally, wearing light shaded clothing, introducing an untidy look. Countering that, Gopez has a gift for bringing people to life, distinguishing young from old, and one race from another, and for designing suitably alien creatures. However, too much detail at times distracts from what should be core images in a panel.

As the first volume of a trilogy, there are small plot niggles, items seemingly unexplained, but none important enough to impact overall. While Kenton remains prominent, White Sand has become an ensemble piece by the midway point, the cover to White Sand 2 featuring the leading players, and by the end of this introduction all those leading players are in the same place. Kenton has a seemingly impossible task to complete in two weeks, but has met people whose interests, if not exactly shared, at least coincide. The largely accessible nature, dense political background and constant air of plotting, mistrust and betrayal means White Sands ought to appeal to Game of Thrones fans, applying the same attention to detail and character.

Beware the book version of White Sands, which has production problems as too much dialogue slips into the binding unless the spine is almost cracked. 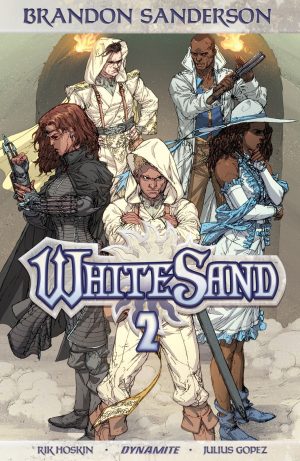 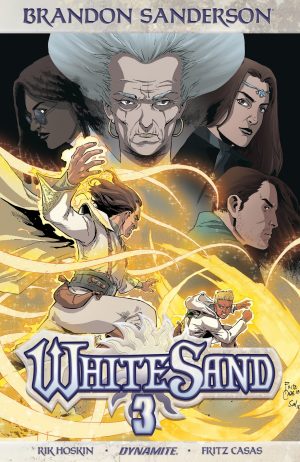