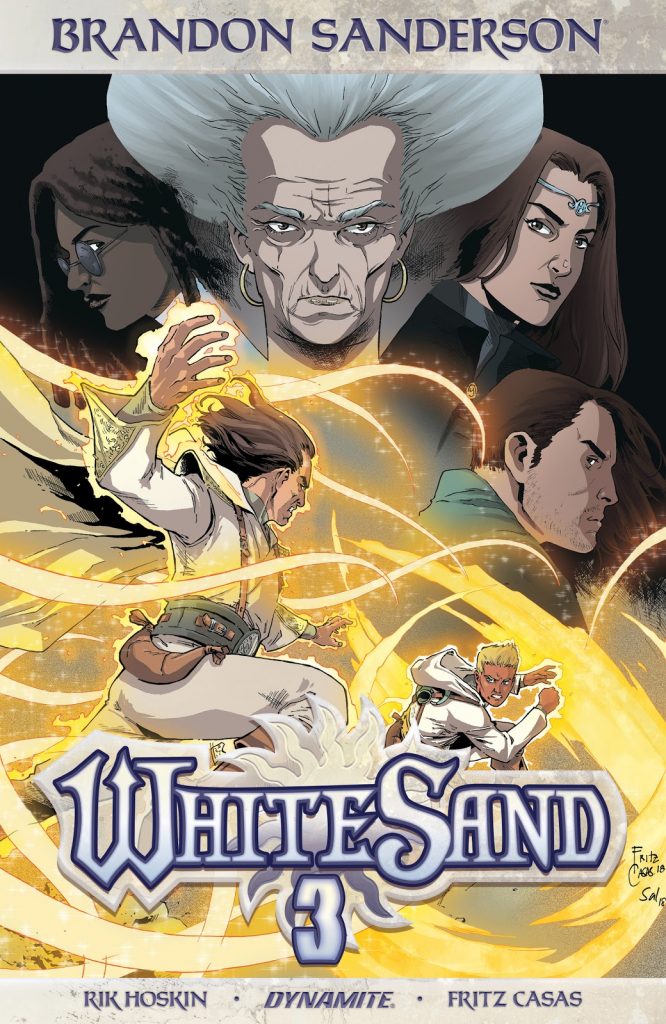 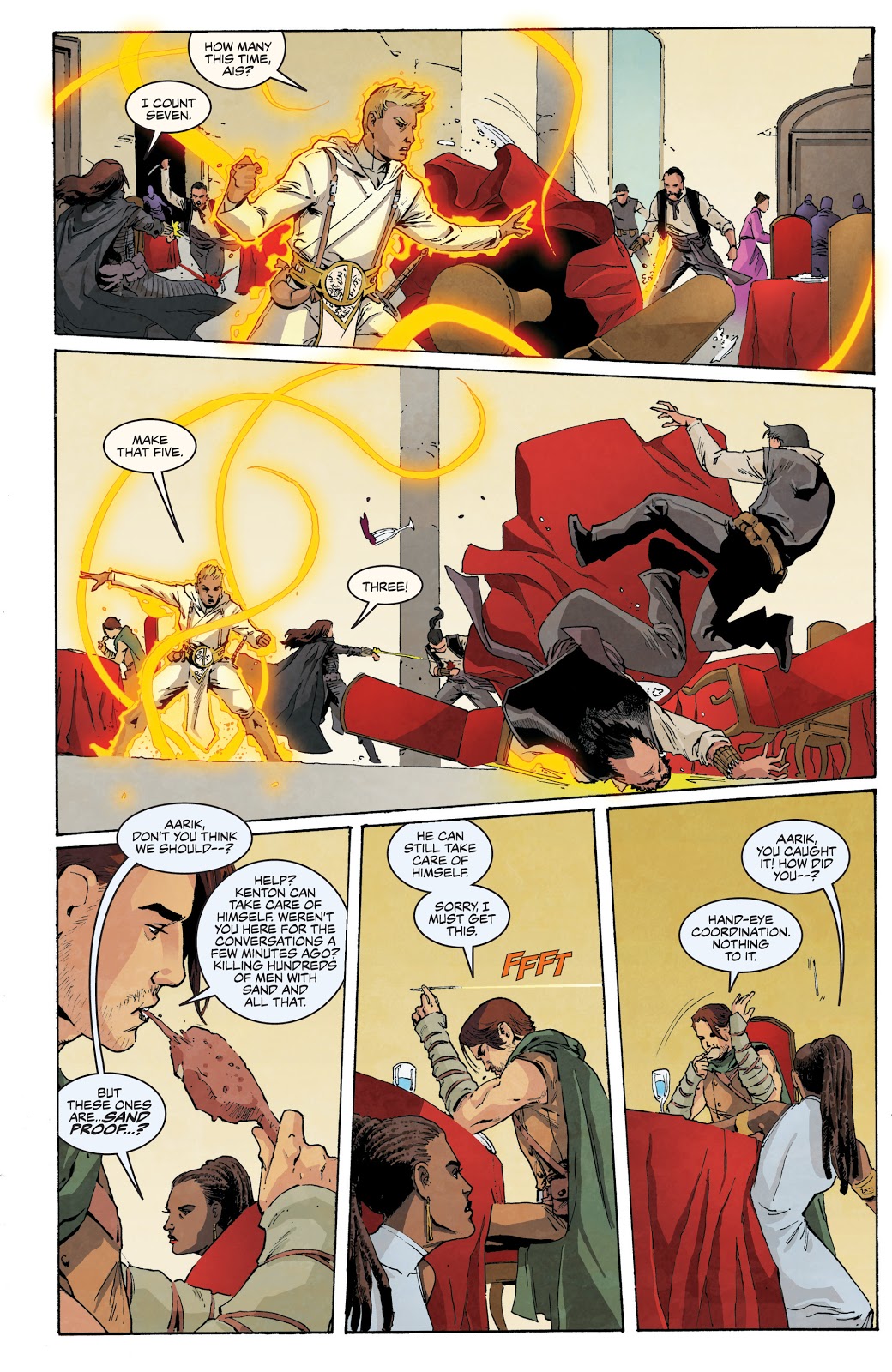 While not seeking the position, via luck and lineage Kenton has become head of the Sand Master Guild, an organisation of adepts who’ve managed to alienate all the other guilds on their continent. In order to prevent the guild being disbanded Kenton has been given two weeks to change the minds of his continent’s seven other rulers. Also of concern is crime lord Sharezen, his exact identity unknown, and it’s his activities detailed in the opening pages. Kenton is well intentioned, although politically naive, but he has an ally in Khriss, a Duchess from the planet’s dark side who approaches him without preconceptions, but also wants his help. She’s accompanied by some political problems from her nation.

After the unsuitable cartooning that closed White Sand 2, it’s a relief to see new artist Fritz Casas has a naturalistic style closer to the earlier series art. There are some rough edges, but Casas captures the characters and locations, and tells the story well enough without ever stepping up to spectacular.

Kenton has his hands full in what’s a page-turning fantasy. The forthcoming vote to dissolve his guild hangs over everything, assassins target him, prepared to flaunt the strict rules governing their trade, and Kenton still has a duel to undertake with a disgruntled and more talented Sand Master. Writers Brandon Sanderson and Rik Hoskin have plenty of twists to throw in, revelling in a complicated world of political deceit. Kenton is a strong lead, but in a cast of well developed personalities it’s now Ais who emerges as almost his equal. She’s honourable, capable and devoted to her assigned duty of protecting Kenton despite her personal dislike for what he stands for. However, and critically, she’s not someone whose prejudice blinds her to observation, and while continuing to be sullen, pithy and withdrawn, she trusts the evidence of her eyes. The importance of that is nicely plotted.

The timespan elapsed during the course of White Sand 3 doesn’t even use up the fourteen days Kenton has to convince his fellow Guild Lords, indicating the overall pace set by Sanderson and Hoskin. There is a resolution concerning the fight Kenton must have, yet which he cannot win, and while the result was never really in doubt, the way it’s achieved appears unsatisfyingly vague and convenient. The writers are better than that, though, and several surprises await in the final chapters as all ongoing plots are resolved to provide a break point. According to Sanderson’s homepage the current plan is for a second graphic novel trilogy, but this time with Khriss and her Darkside home as the focus. White Sand has twisted through the fingers admirably, vaguely tied into Sanderson’s other works, yet all-but autonomous and offering insight into why that other work is so enduringly popular.