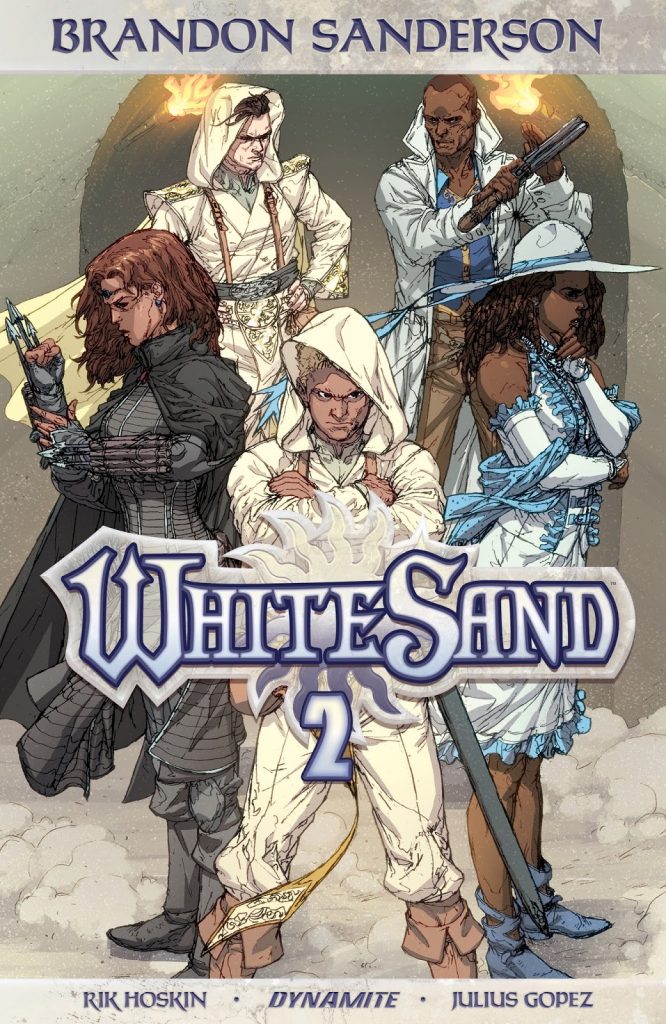 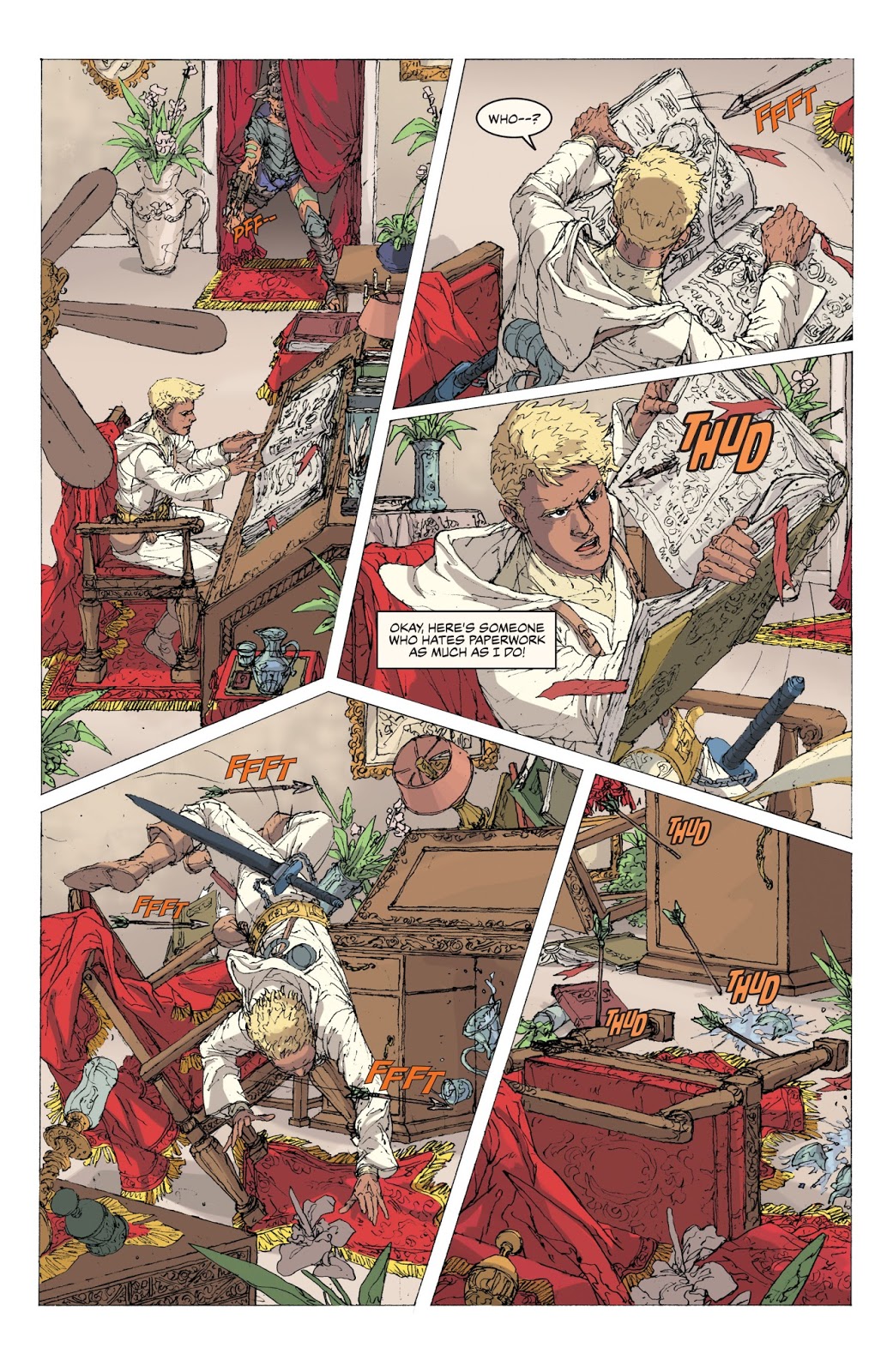 Kenton is a Sand Master, an adept who uses a form of telekinesis to manipulate sand for various purposes, and is also able to transmute it into water. He’s among the people occupying the daylight portion of his planet, one of eight guild rulers in fact, a position he acquired via luck and tragedy despite being opposed to the system upheld. Kenton has two weeks to complete the seemingly impossible task of convincing the seven other rulers to prevent his guild being disbanded. He’s also acquainted with Khriss, a person of some prominence on the world’s dark side, who’s come searching for mystics able to intervene in troubles there.

Solving Kenton’s problem is going to require diplomacy, not his strong suit, and certainly not that of his predecessors who’ve alienated everyone with their arrogance. Enemies have been made, some of whom want to ensure Kenton dies before even attempting the restoration of his people. It’s here that the anomalous insistence that Kenton uses swords, established in White Sand 1, serves its purpose. A foundation of Brandon Sanderson’s success as a fantasy novelist has been the rich environment he constructs for his cast to operate in, and with a considerable amount already revealed, Kenton’s task of visiting other leaders introduces more of the world and its ways. All the while Sanderson and writing partner Rik Hoskin are dropping small clues relevant to the bigger picture.

The shift of artistic styles between the fifth and final chapter is immense, and disturbing. Julius Gopez has an ornate figurative style, fussy with detail and a loose line. It’s the style that has come to characterise White Sand, so if he was unable to continue, why would the replacement work in clean cartooning lines? Faces that had definition and character are rendered by Julius Otha as if for animation, everything stripped down to its essentials. Otha is a very good artist, just not one suited to completing a story that’s been presented in a very different style.

Some elements of White Sand are predictable, and some of Kenton’s suppositions just too convenient, but Star Wars can be picked at in a similar way, and a few minor plot slips are nothing people care about if the premise and the cast are strong enough. Kenton’s quest is unusual for fantasy stories, and he’s surrounded by talented people who complement him, even if they don’t all like him, yet most are supplied with personality traits that render them sympathetic in some way. Political intrigue remains high, and there’s enough action satisfy in between, keeping White Sand as a must read for fantasy lovers. The story concludes in White Sand 3.