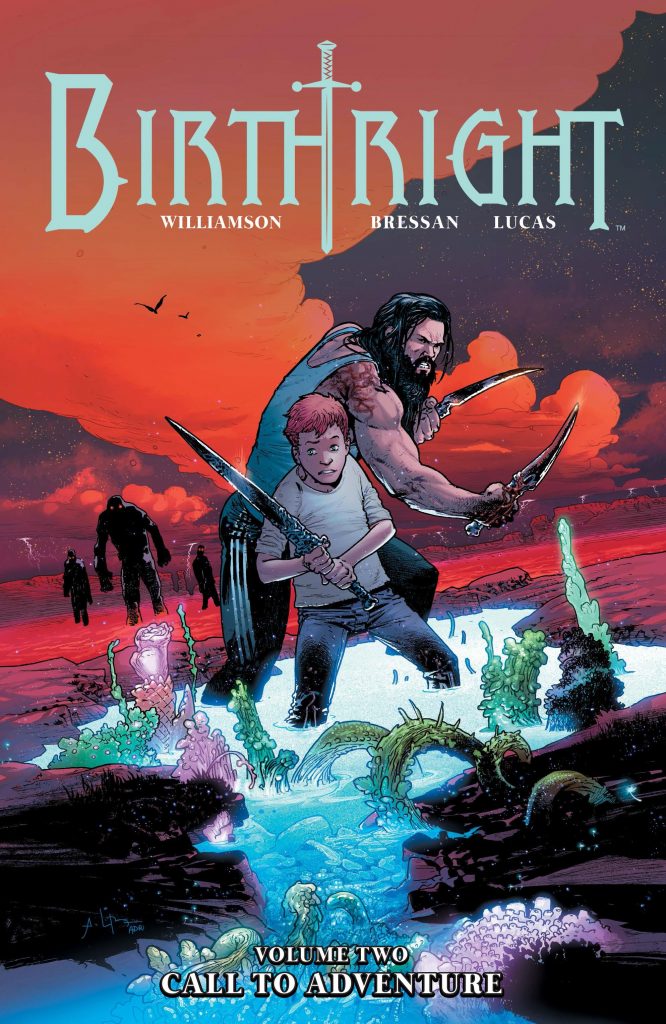 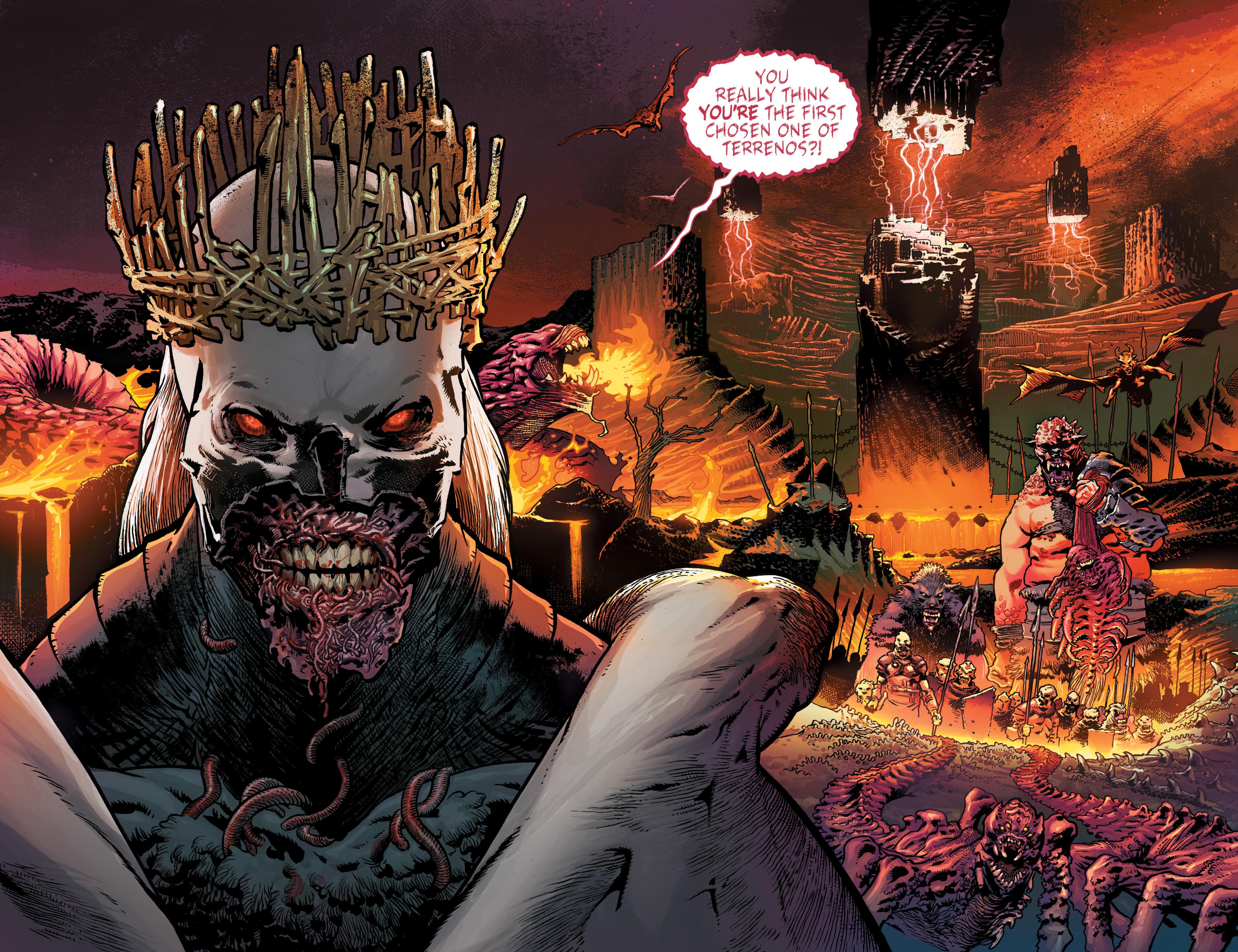 Joshua Williamson set up an interesting twist for fantasy regulars in Birthright, combining ordinary small town America with a land ruled by a magical demon and populated by what to humans would be a mix of strange creatures. Discussing it further means revealing surprises from the opening volume, so don’t read beyond the next paragraph if you’d prefer to sample the series without knowing. Call to Adventure follows the same pattern as Homecoming, and is equally good.

A lot of that is because artist Andrei Bressan can provide the otherworldly shock and awe of Terranos, yet also mix in scenes of everyday life as we know it, although the two are increasingly mixed. Bresson’s well up there with spine-tingling horror (see sample art), but integral to the plot is the unwavering support of a young boy, and his personality shines through. Bressan’s also great at delivering spreads showing the decay war has brought to Terranos. The clever aspect of this is how it’s layered, so while presented with a devastated landscape, the formations are such that a natural beauty still shines from beneath.

Time passes differently on Terranos, so while it’s been a long year in which much has happened since five year old Mikey disappeared in the woods, no-one expected Mikey to be a muscled brute in his mid-twenties when found. He claims to have defeated the evil Lore as prophesied, and is now back on Earth to hunt down Lore’s hidden agents. He has his brother and father convinced, but Williamson has let readers in on a secret: the truth is that Mikey was defeated and is now himself Lore’s agent on Earth, a planet Lore intends to occupy once some threats have been removed. The stresses of his disappearance fractured the Rhodes family, and they’re now scattered again. What was previously Mikey’s older brother Brennan accompanies him in the wilderness. Aaron Rhodes is jailed for helping Mikey’s escape from a police cell, and Wendy at first refused to believe the returned adult was her son, but now she’s the one with both focus and determination.

As before, Williamson has plenty of ideas on how to move the plot forward, and as many to confound those who’d predict where it’s headed. An interesting feature of Call to Adventure is the clash of magic with Earthly science, Williamson also drawing parallels between the devastation of extreme weapons: “It’s a cleansing spirit, designed to raze whole battlefields even if there’s only a single agent of Lore. All in the name of good.” Like in the real world, those in Terranos differ in their opinions of what’s justifiable in removing a threat. The best aspect of these chapters is Brennan’s relationship with his brother. He’s completely accepting of the way things have changed, how his younger brother is now an adult who can keep him safe with magical powers, yet is horrified at the ease with which Mikey now kills.

That drives to the core of what Mikey has become. We want him to be faking, to have some grand plan, but the longer Birthright continues, the more relentlessly Williamson hammers home that we’re seeing something else. The series continues with Allies and Enemies.