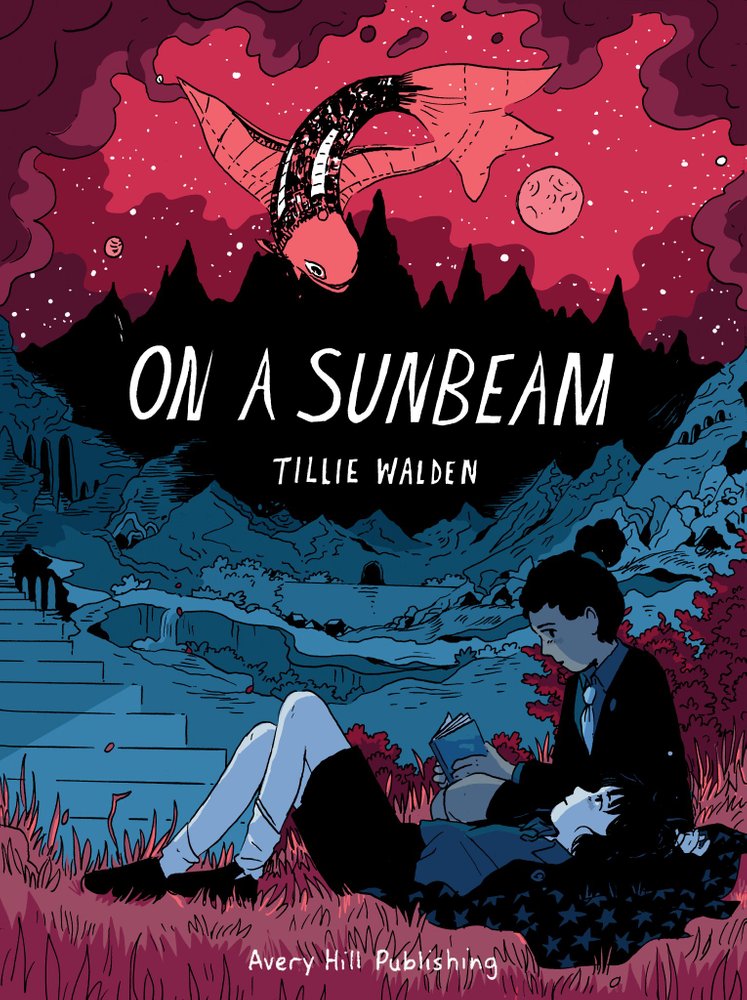 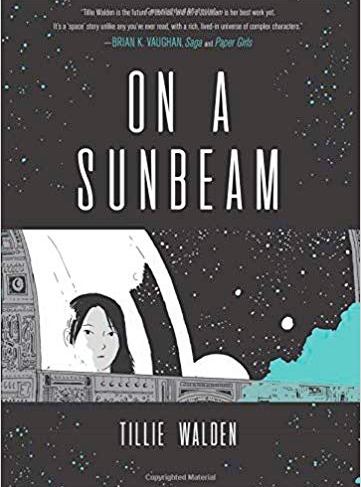 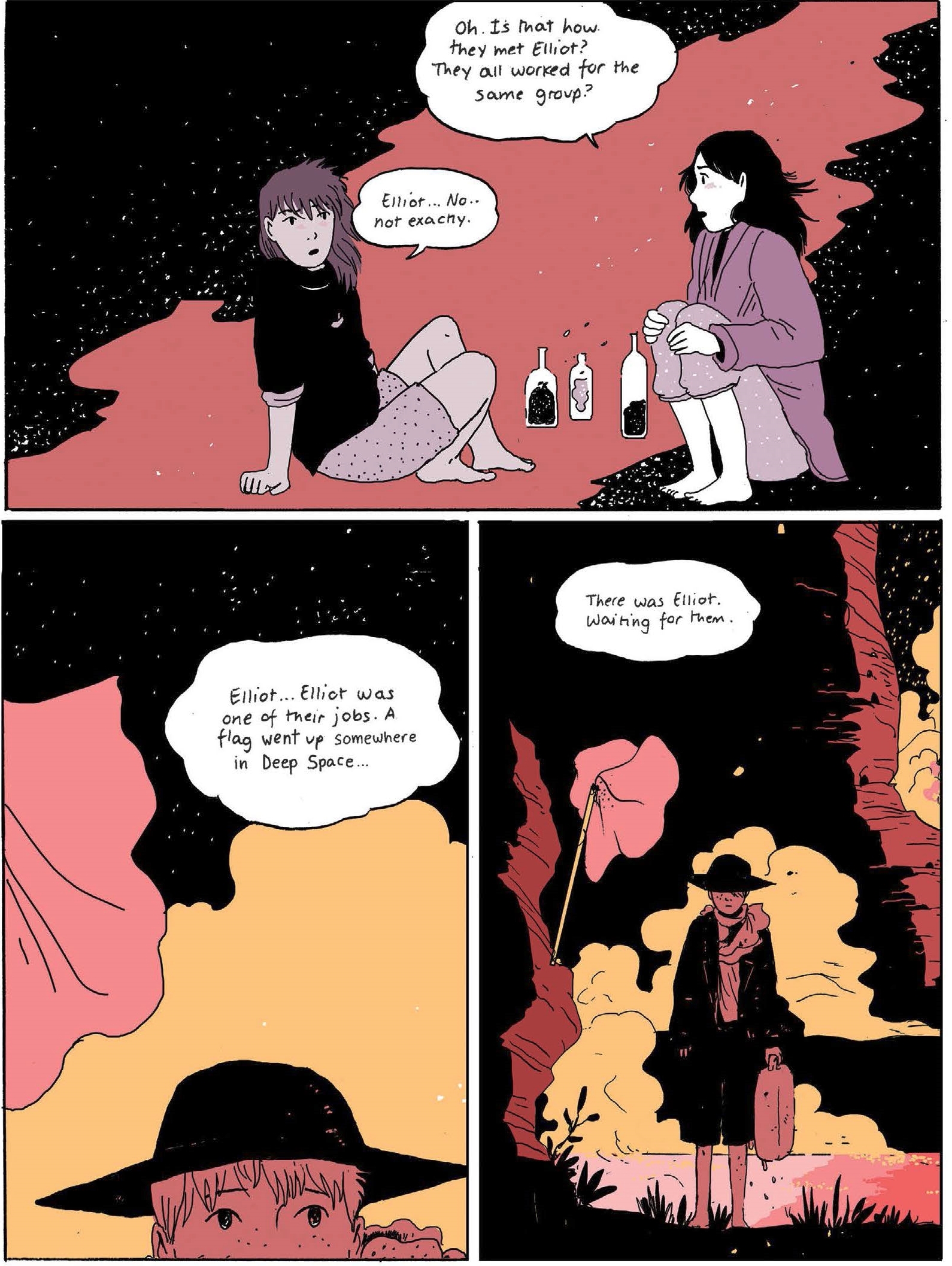 Since her stunning full graphic novel début The End of Summer. Tillie Walden has gone from strength to strength, in part thanks to an impressive work ethic. In addition to contributing to an anthology and producing two other graphic novels, Walden worked on a web comic On A Sunbeam, a sprawling and imaginative SciFi/Fantasy hybrid now in print.

Fresh out of school Mia boards a fish-like spaceship and ventures into the grown-up world. She meets the feisty Alma, thoughtful pilot Char, silent Ell and gregarious never silent Jules who form a team restoring and repurposing old buildings in the far reaches of space. At first Mia feels out of place but then settles in, learning more about herself as she is dragged out of her shell by the others, slowly learning their secrets in turn. Then one day Mia feels safe enough to share something so painful she has kept it buried for years, sparking a dangerous expedition to the Staircase, a wild and unpredictable place.  Few people are welcome and most never leave, but there is one person who did and Mia needs to see them.

On A Sunbeam seems unimpressive at first, the opening pages draped in hues of blue and grey, but as the pages turn to reveal rich colours you realise the blue hues indicate Mia’s mood. All the colours and textures represent some form of emotional expression. What subsequently unfolds is a splendidly beautiful story. The way Walden depicts space is clever and imaginative, the environs bewildering and awesome, prompting sympathy with Mia and her first foray into real life. Walden’s world is unique, one that no men inhabit and her cast prefer to be spoken to in gender-neutral terms though that isn’t exactly the norm in a world where everyone is female. At some points Space looks bleak, but it’s a shrewd misdirection because Walden progressively reveals a rich and breath-taking universe. There’s notable Japanese influence on her style, the round expressive faces and the lavish scope so familiar to Miyazaki and Studio Ghibli. It’s even more evident in the imaginative creatures that inhabit the Staircase.

There is no bad art in Walden’s work (a dozen pages could be the sample page), though it notably progresses, changing and adapting as the mood of the tale requires. As Mia travels there are flashbacks to her school days and a cherished friendship that ended abruptly. At times melancholy overwhelms, elsewhere confidence grows as Mia finds contentment in her new life. Each character similarly affects the story with their own personality. Alma’s frustration creates a black cloud that sucks everything in. Ell’s quiet demeanour is reassuring. Jules fills the panel with vivacity ten pages couldn’t contain, in one instance her anger- barely restrained- emanating from the page. The strength of emotion displayed is disquieting and overwhelming. At times the best action is to stop reading and return later.

However On A Sunbeam makes you feel as reader, that it engages on such an intimate level is remarkable. While all Tillie Walden’s work feels deeply personal it seems more so here. Among the many genres blended, from quasi space western to romantic adventure, perhaps it is also an emotional autobiography of a young woman’s journey of self discovery? There are few graphic novels capable of punching you in the heart; that can make it ache with such simplistic beauty. On A Sunbeam can proudly bear that honour, a story so enlightening and personally honest yet so wonderfully told.