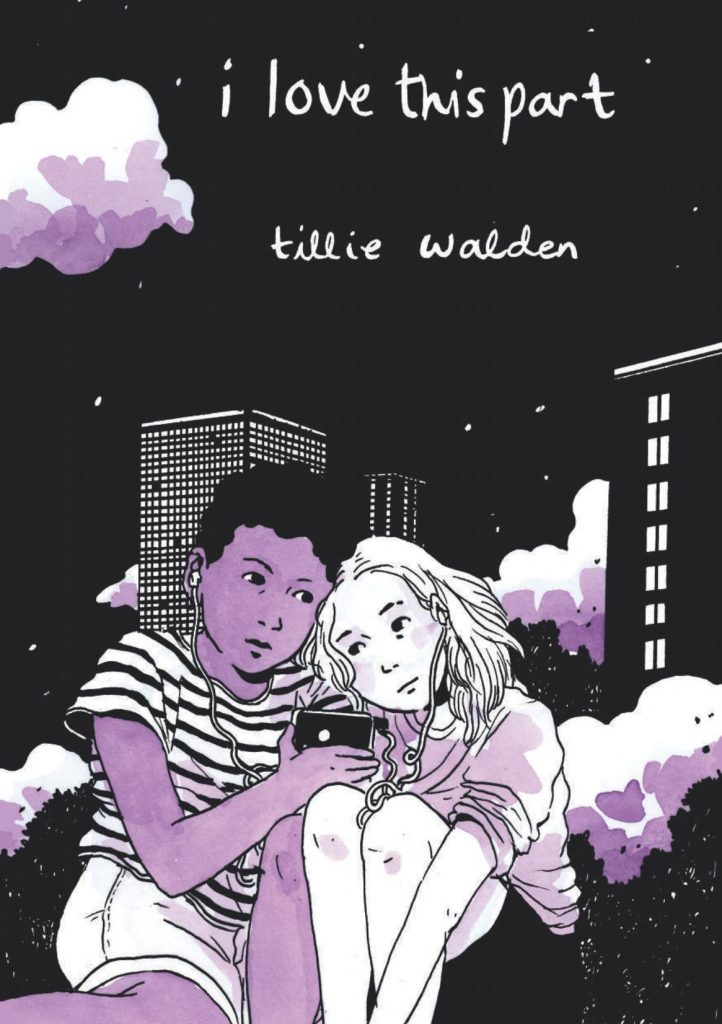 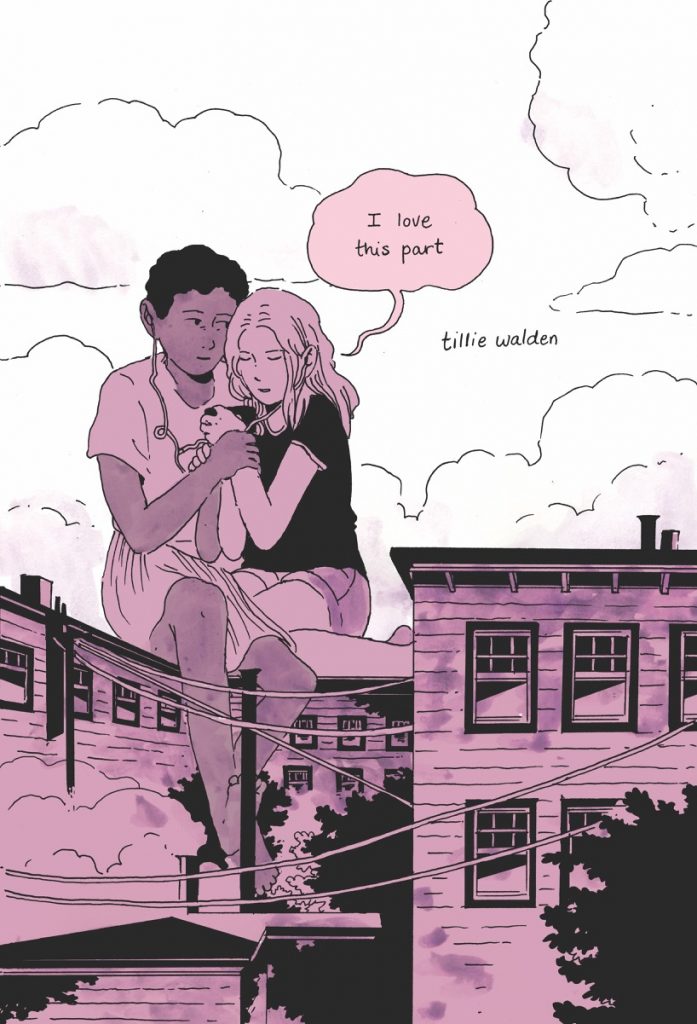 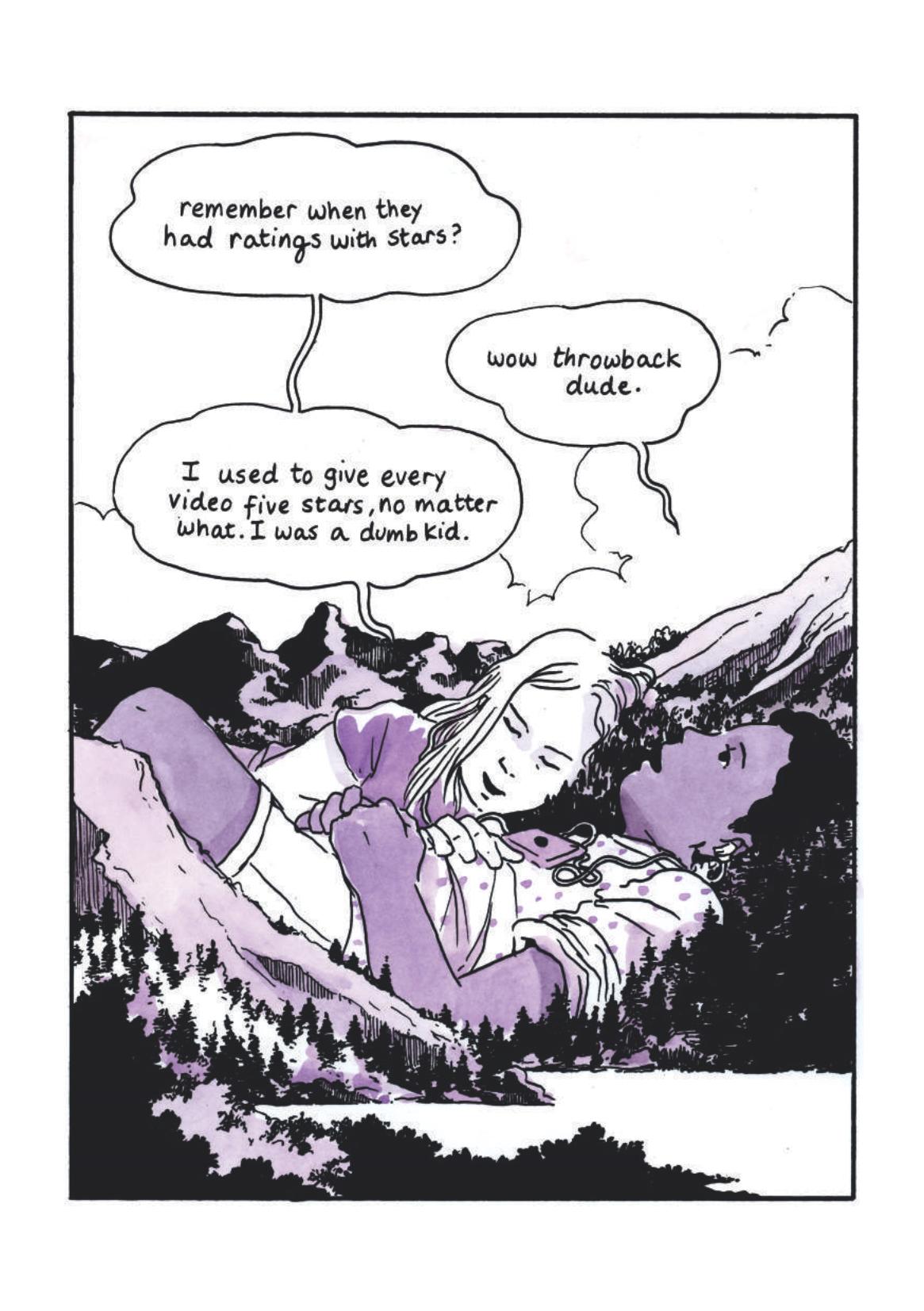 I Love This Part is a wonderful book. As a story, it’s simple, wistful and affecting, and as an exercise in storytelling it’s concise, inventive and possesses a tidy line in visual metaphor. It presents the brief relationship between two never named high school girls who hang out together watching films and listening to music, and their close friendship develops into a greater intimacy.

At sixty single panel pages this is a very brief book, but one that’s perfectly formed, saying everything that requires saying in a precise and measured fashion. That’s impressive enough, but what elevates Walden’s work is the visual inventiveness. Having just the single illustration on a page concentrates the attention on the artistic craft, an attention already in place due to the astute choice of presenting the protagonists from the start dwarfing their surroundings. This method of defining their combined feelings as enough to inflate their confidence to such levels is an inspired touch at conveying the certainty and euphoria of early love.

In addition to the panel per page structure, a lot of those panels are dialogue free, so this is a very rapid read, but the emotional content is strong enough to ensure a lingering memory. When read for a second time it’s notable that the complexity of the art is a deliberate contrast to the simplicity of the story. Walden pours the detail into the surroundings, be they town or country, ensuring there’s a lot to look at. While not as novel as the art, the non-linear unfolding of the plot is a further excellent choice as it varies the emotional tone.

It’s not overtly stated, but in interviews promoting the book Tillie Walden disclosed I Love This Part is considerably based on personal experience. As such it’s far stronger autobiographical work than the longer and more detailed Spinning, by virtue of adjusting for the feelings and reactions of both parties. Small and brief, I Love This Part is a melancholic treat.