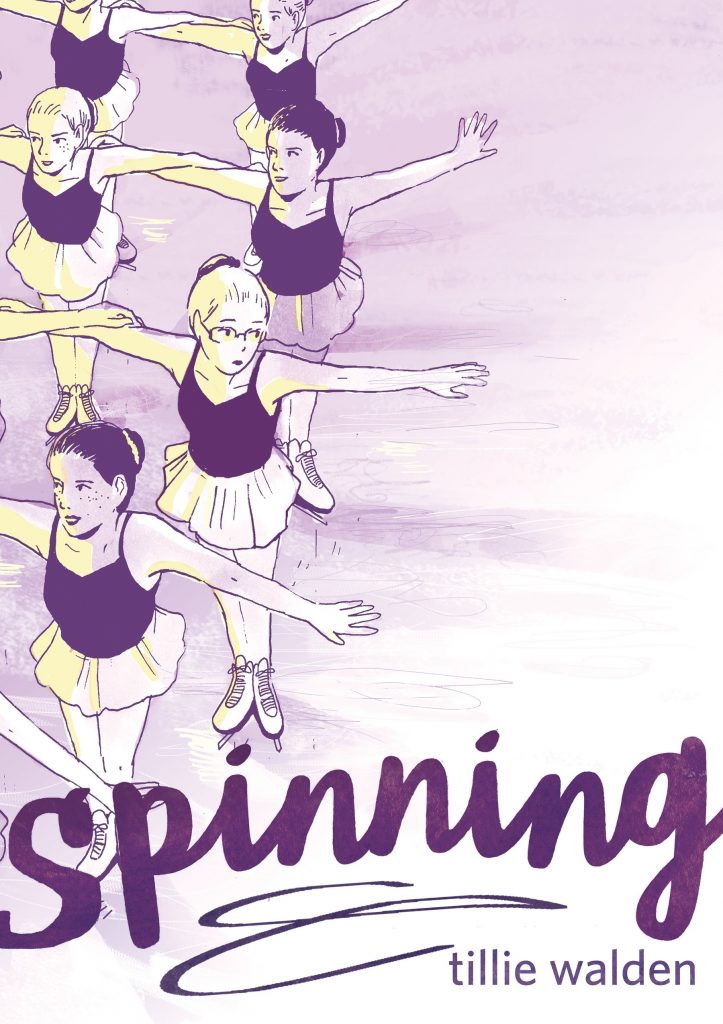 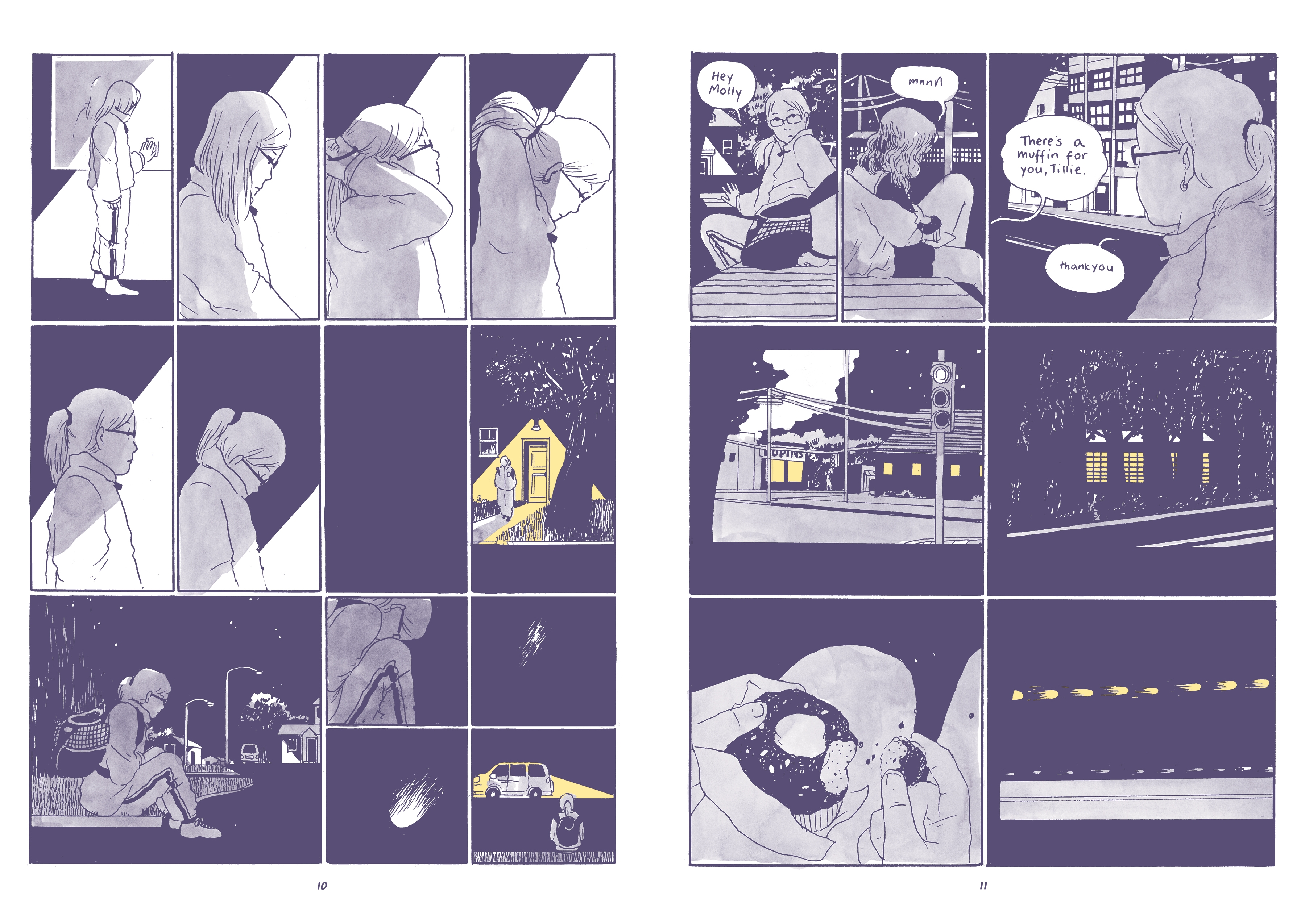 Spinning comes with a lot of weight attached. Most obviously there’s the bulk of the book, 392 pages on dense white paper stock. Then there’s the weight of the past, the weight of absence and the weight of expectation engendered by The End of Summer. That was an astonishing début long form graphic novel in which Tillie Walden toyed with mood and genre in an accomplished fashion way beyond any expectation for a newcomer. Spinning is an entirely different accomplishment, characterised by its heartfelt honesty as Walden moves into autobiographical recollection.

Eyebrows may well be raised at Walden turning to autobiography when just into her twenties, yet there’s a story to tell and the memories are fresh. The title is both literal and allegorical, as it refers to Walden’s inner turmoil as she passes through her early teenage years aware that she’s gay, and to the ice skating that initially at least provides the release from her socially awkward life. She presents herself as a child isolated from both her parents and her peers, subjected to cruelty and intolerance not just from classmates, but from their parents also, a situation not helped by the family moving from New York to Texas when she was thirteen.

Competitive ice skating as filtered through Walden is a cruel and demanding institution, requiring conformity, discipline, submission and practice sessions staring at 5 am. Thoroughly unpleasant, in fact. Does learning a skill from an early age really require such callous disregard for human feelings? Some people thrive under such conditions, however, but Walden didn’t, loving being on the ice, but coming to despise the associated rigours.

There’s a lot of heartbreak. Walden portrays her mother as cold, distant and resentful, and her father as more understanding, but not a confidant. It appears much is not told. At page 251 Walden drops in her twin brother, an introduction so surprising and seemingly relevant that checking back is required to reassure nothing has previously been missed. Referred to as “my everything”, he’s otherwise peripheral, and this seems an inexplicable absence. It’s not as if there hasn’t been the time to introduce him, with long, repetitive scenes in ice rinks adding to the page count, being nicely drawn, but narratively redundant. The entire book is Walden’s feelings and experiences, and the wider world only impinges in connection with those feelings. That the thoughts of few others are expressed leaves gaps, and a wider understanding of those introduced could have enriched Spinning.

The art is excellent. It’s simple, but capable of conveying deep emotional depth, and the choice of black and white with the occasional carefully considered application of yellow memorably innovative for use of a colour rarely favoured in comics.

More than anything Spinning comes across as thoughts and feelings Walden’s had to purge before moving on, to put a past life behind her and accept the new life of acclaim and admiration. The melancholic intensity is relentless, and it’s hoped switching from channelling her artistic instincts from performance to presentation is more satisfying. It’s certainly independent, and one over-riding desire conveyed in Spinning is that of independence.