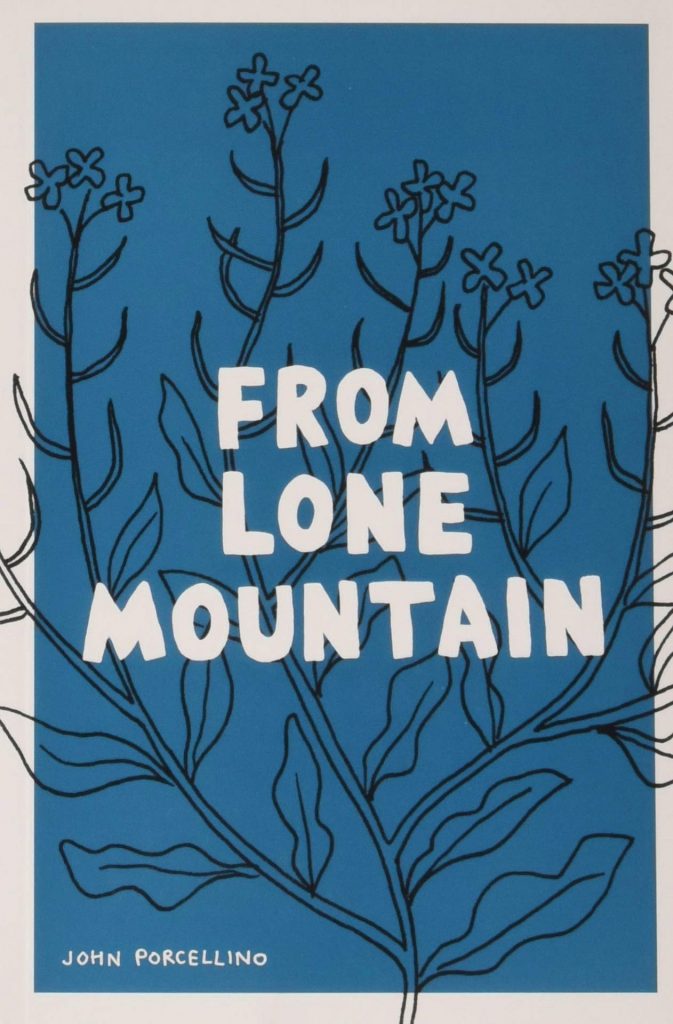 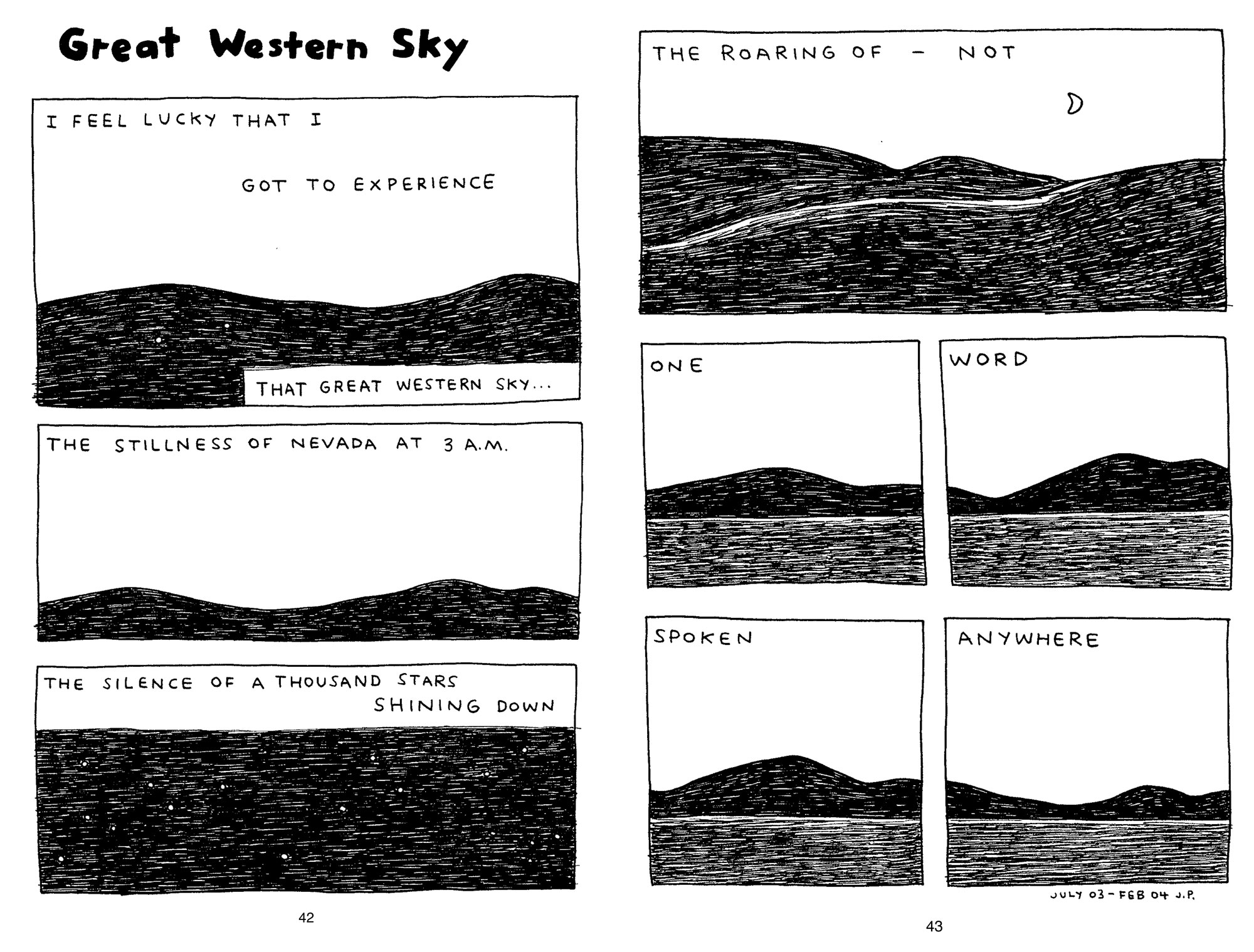 From Lone Mountain is a substantial 304-page collection of seven issues of John Porcellino’s ongoing chronicles of his life and times, the completely unique King-Cat Comics and Stories. It features issues 62 to 68, produced between 2003 and 2007, along with eighteen extra pages of comics at the back of the book, plus eight pages of commentary, writing notes on each issue and the various things that he was thinking or working through while making the strips and drawings in each one. There are even a few sketches, very interesting to see because they are unmistakably from the pen of John P., but they have a surprisingly different energy, looser and thinner-lined than the drawings we are used to seeing between the covers of a typical issue. Lastly, there is an unused alternate King-Cat cover.

The stories, top forty lists and other writing that are the typical content of any King-Cat are beautifully observed and delicately drawn as ever. The complete honesty with which John P. maps his emotional highs and lows can feel devastating to read even when you know they are as inevitable for him as rain after sunshine. Near the middle of this book, there is a serious jolt with issue 64, dedicated to the memory of his father Charles E. Porcellino. After two months of a debilitating illness, his father died in April 2005 while John and his fiancée Misun were passing through Utah in a rental car, trying to reach Illinois as fast as they could. There are a few pages of writing, ‘memories of my dad’, where he details some parts of their relationship, and elsewhere there is a strip, ‘April 7th – Western Illinois’, where he searches for a radio station while driving at night and the only station he can bear to listen to surprises him with Renegade by Styx, his dad’s favourite song.

This book ends on a calming, gentle upswing, with a strip that took place at the health food store in Denver when John worked, ‘Feeding the birds at the Fruitful Yield’. Because this collection was compiled ten years after these issues were made, the endnotes can reveal things it was impossible to know at the time, so if you want to keep that happy vibe going, maybe skip that last paragraph on page 276. Just look at the drawing of his cat Maisie on page 277 instead. Three other King-Cat collections Map of My Heart, Perfect Example and The Hospital Suite were reissued by Drawn and Quarterly in 2020 with new cover art to match this book, but their contents are unchanged. 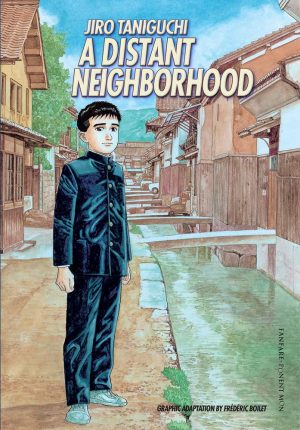