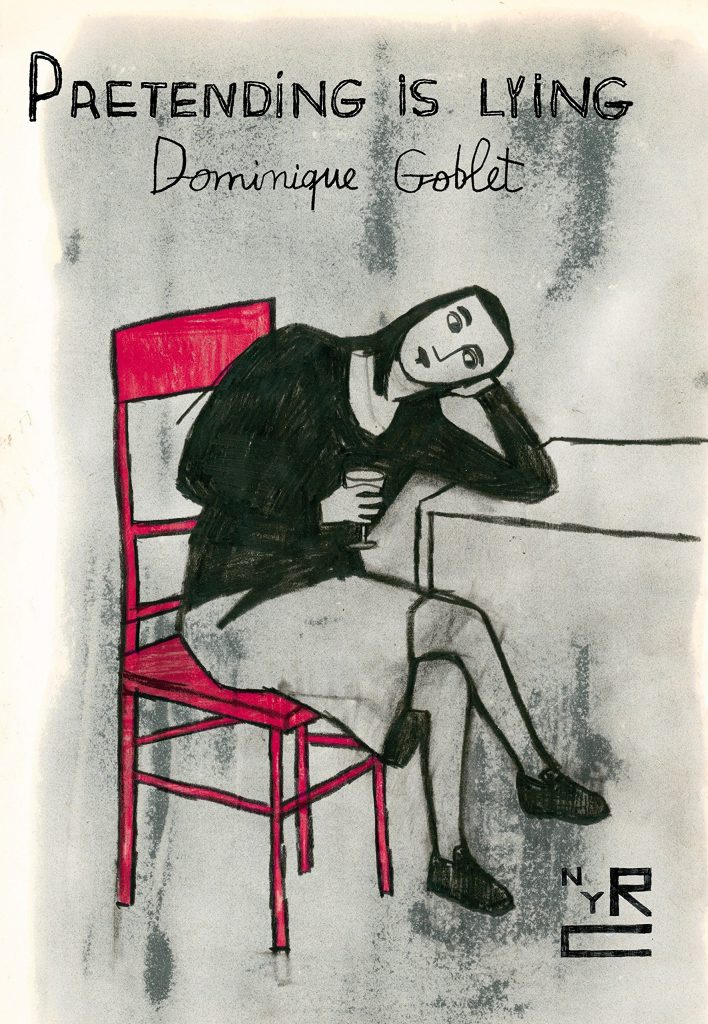 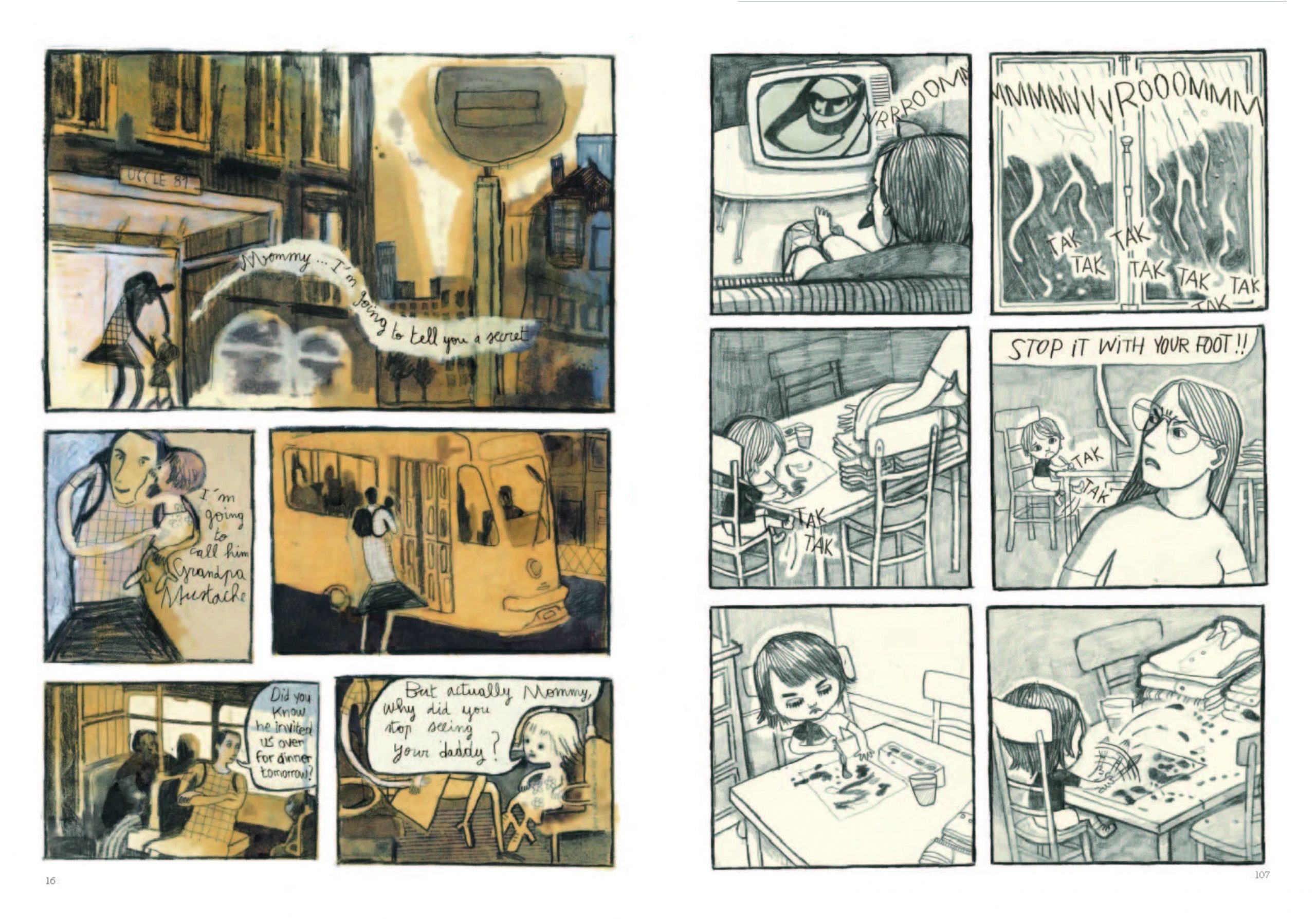 Belgian author Dominique Goblet took 12 years to create Faire semblant, c’est mentir, an autobiography that explores her life, via her relationships with her parents, her daughter and her partner. It was published in 2007 by L’Association, nominated several times at Angoulême, and won the Grand Prix Töpffer from the City of Geneva. This English-language edition was made in very careful collaboration between Goblet and Sophie Yanow, a cartoonist herself. It was awarded the Scott Moncrieff Prize for English translations from French, the first comic to win a Translation Prize from the Society of Authors for “gracefully taking on the constraints of the pre-drawn speech bubbles as well as the approximations of unsaid feelings and sounds and animal cries.”

Pretending is Lying begins with Goblet’s memory of herself as a little girl falling down in the street, tearing the knees of her tights. Her mother takes little Dominique’s torn tights off, makes some gestures with her hands and puts the tights back on her again. The holes are gone. The child stops crying, amazed at this wonderful demonstration of her mother’s magical powers to make everything better. As the two walk away, we see her mother has simply turned the tights around. They are still ripped, but the holes are behind her knees, so Dominique can’t see them.

Goblet uses a variety of tightly pencilled, crosshatched, painted and watercolour techniques to vary the tone of the four chapters. Expressionist and distorted, or cartoonily caricatured, exaggerated depictions of herself and her parents shift in style to convey how they felt to her during particular moments. More neutral, technical, documentary drawings of her urban surroundings of pylons, water towers, car parks and rooftops break up the high emotions with their greyness. Each of the four chapters details harrowing incidents from her past. In the first, Goblet brings her daughter Nikita with her to visit her parents. Her dad’s abusive, alcoholic behaviour means it has been four years since she last saw him. Nikita is four years old, so we can instantly foresee how charged this meeting will be. This chapter is a jumble of shapes and textures like the complicated, messy feelings each of the four struggle with. Her father huge, towering, her mother a pinched, white skull, and when the inevitable blow-ups happen they distort further as her father becomes a bull and her mother a grotesque stick figure as the two screech and berate Goblet for her failings as a daughter. That all of this is overblown, absurd and funny just adds to the complexity.

The other three chapters, denser, slower paced, show Goblet’s boyfriend Guy Marc cheating on her with his ex-girlfriend. Goblet actually collaborated with him writing this sequence to ensure his perspective, making our reading of these events less simple. Then there’s a flashback to Goblet as a child. The magical mother from the introduction has a terrifying, cruel response to restless little Dominique, which makes sense of her skeletal appearance in the present. Goblet’s dad drives her home, much too fast, acting exactly the same way that caused her to stay away for four years. The fourth chapter ends the book with a lightness and open feeling that promise a path out of pain and mistrust.

This sounds like yet another euro-memoir filled with misery and nuttiness but it’s far more interesting and subtle, with Goblet’s skilful and intricate examinations of how memory works. Guy Marc’s contribution amps up her meta-narrative experiments. Pretending is Lying provokes, appals, confuses, amuses, engages. Job done.