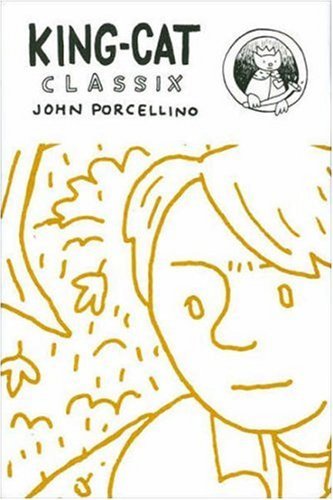 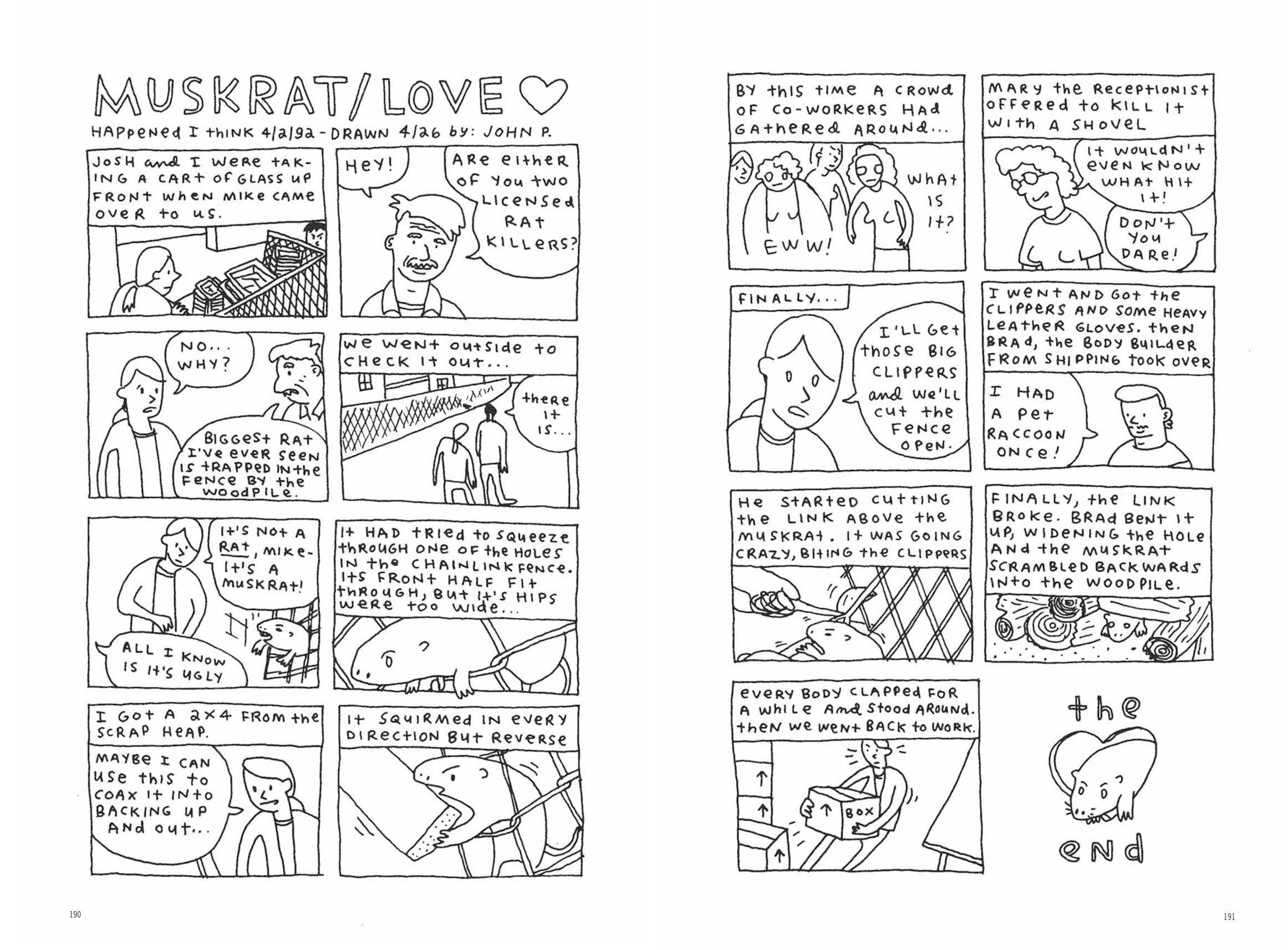 John Porcellino’s dedication to documenting his life since 1989 in the form of the self-published King-Cat Comics and Stories series has resulted in a towering achievement in North American alternative comics. It stands like a mighty Redwood in a forest of Pine, Larch and Spruce: a metaphor which is entirely in keeping with King-Cat’s exploration of how John P. fits into the world around him, and his relationship to all the elements that it contains, human, animal and landscape.

Porcellino’s drawings feature a very reduced graphic language of lines in one single weight with no varying thicks or thins, forming simple, open contours featuring only the merest detail necessary to distinguish one shape from another with no crosshatching, filled-in areas of black or other kinds of marks. Six and eight-panel grids organise his minimal graphics into calm pages of beautifully restrained pictures. None of his lines or panels are made with a ruler, his hand lettering is careful and elegant but equally unregimented. Together his visuals have a casual but delicate effect that floats them on the surface of his pages as if they are held in place only by the surprising amounts of emotion his pictures can contain. They perfectly convey the yearning, curious and hyper-acute observations about his everyday life that Porcellino distills into short stories, almost like visual haikus in their poetic and precisely described feelings about love, work, family, pets and other animals, friends, obsessions and the places that he and they all inhabit.

The 384-page hardcover book, presenting a selection of material from the first fifty issues of King-Cat Comics and Stories, produced between 1989 and 1996. The short stories, observations, articles, Top 40 lists, and letters from readers are a window into a very personal world which took a lot of effort to produce in photocopied and hand-stapled form, one issue at a time. One of the most valuable things about this collection is that it brings that world into reach for readers who weren’t around at the time and demonstrates exactly why Porcellino is one of the most highly regarded and influential alternative comics creators working today.

King-Cat Classix is very much a pre-internet artifact. A couple of decades since the nineties, anyone with a smartphone or a computer that connects to the internet can document the minutiae of their lives with ease using Instagram and Tumblr streams, but that doesn’t lessen the appeal of King-Cat Comics and Stories. If anything, the ubiquity and homogenizing effect of social media tools makes John P.’s old-school zine aesthetic even more appealing for its distinctively handcrafted idiosyncratic personality. The uncomplicated surfaces of these comics make them very approachable and easy to read, but they are not as simple as they might first appear, filled with skilful and very accomplished work by a narrative master. There is a beautiful depth and heart to these stories of the world through Porcellino’s eyes that will stay with you.

King-Cat Classix is easy to find online. However if you really want to experience the true indie spirit of self-publishing you can order this and many other books, plus individual issues of King-Cat, directly from John P. via his Spit-and-a-Half website.