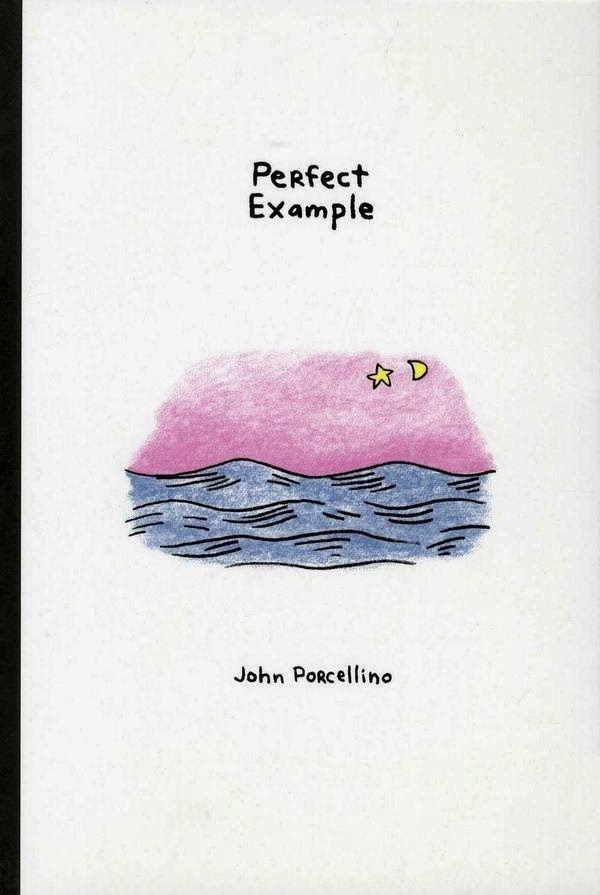 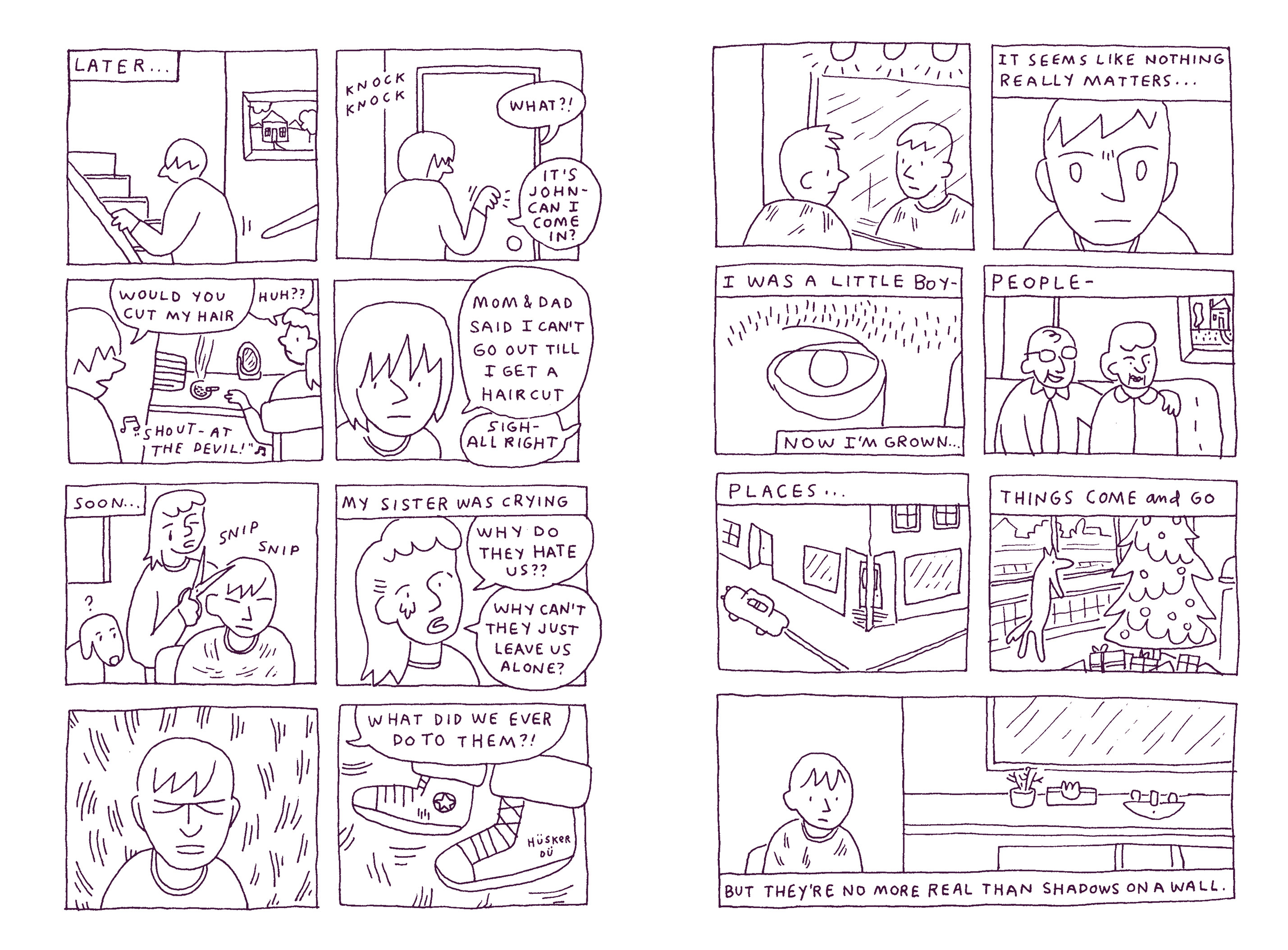 Perfect Example is a collection of stories that deal with the teenaged John Porcellino’s experiences in the summer of 1986. It finds young John P., hanging out with his friends Tina, Matt, Fred, John J. and John Lyons, going to school, trying to get into bars to see gigs and getting carded, hanging out and passing the time, all with a sense that somehow something is missing for him: “Nothing ever comes out the way I had hoped. Everything turns out wrong. Even happy things are somehow sad… It’s like there is nothing / Nothing at all to depend on. Sometimes I don’t even feel like I’m alive.”

It’s clear to the reader if not to the narrator that his anxieties and difficulties relating to others are nothing to do with his own actions,  as he spirals around without the perspective on his feelings to understand what they all mean. The distressing but seemingly normal symptoms of alienation from others and even from his own body are only much later revealed to be clinical depression and other problems of a medical nature, which Porcellino explains in detail in a subsequent book, The Hospital Suite.

Perfect Example brilliantly conveys the confusion and swirling emotion of adolescence, punctuated with moments of clarity. The storytelling unfolds in carefully judged short sequences, drawn with  minimal, spare linework in graphically clean and beautifully composed panels that make the pages seem to flow effortlessly. There’s nothing surprising about tales of white suburban teenage angst, but through Porcellino’s hands and eyes the most well-worn subject matter becomes transformed into something new. There are many gem-like observations and little moments of beauty and human feeling in these stories that will stick in your memory just as they do in his.

Perfect Example was originally published by Highwater Books in 2000. Drawn in black and white, this book is printed on cream paper using dark brown inks, which look particularly nice on the small watercolour illustrations that introduce each chapter. This newer edition from Drawn & Quarterly features the same content with an updated biography (‘Resume and relevant information’, which includes John P.’s arrest for ‘Illegal Use of a Sound Amplication Device’ in 1989) and a slightly altered cover. You can easily find this online, but you can also participate in the true indie spirit of self-publishing by connecting directly with the author and ordering Perfect Example, individual issues of King-Cat, his book The Hospital Suite and the big hardcover collection King-Cat Classix directly from John P. via his Spit-and-a-Half website.