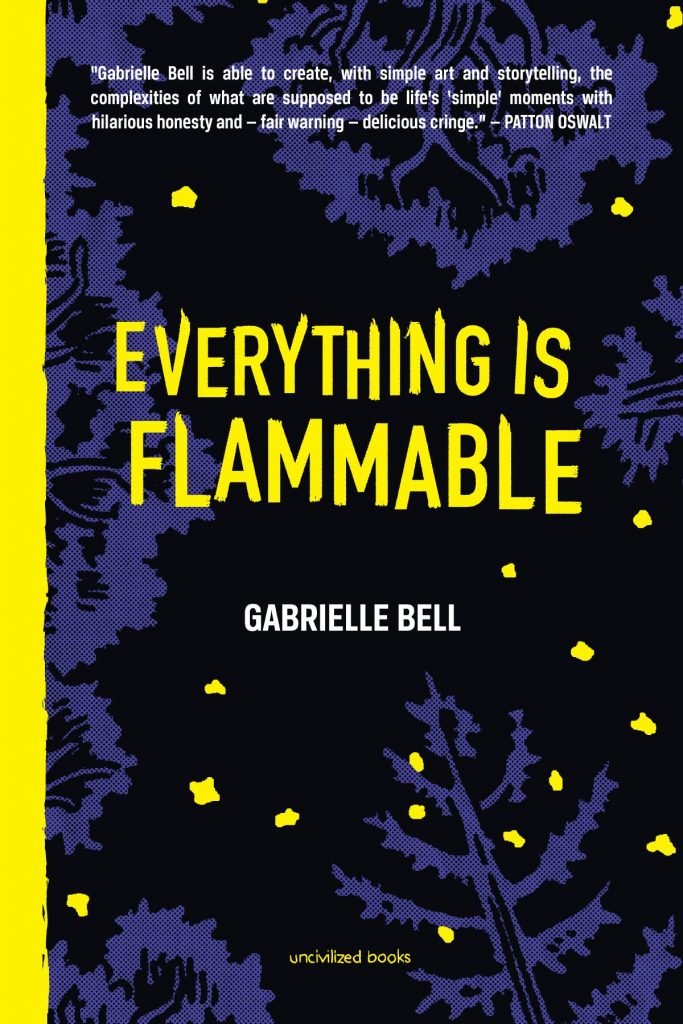 A central concern for all diarists is how much they exploit the people around them for material. It’s a frequent topic of Gabrielle Bell’s comics, which deal as much with the artificial nature of autobiography as with the experiences they are composed of. Everything is Flammable constantly raises this question as it explores the serious and dramatic repercussions of a devastating fire which destroys Bell’s mother’s house in Northern California, pushing the two women together as Bell tries to help her mother rebuild her life; literally from the ashes of her former home. The story unfolds over multiple short chapters of varying lengths, but unlike previous books, this is all one memoir covering a year from 2014 to 2015. It is also all in colour, which gives a more expansive, generous feel to the narrative, although Bell doesn’t really use colour as a storytelling device.

In Truth is Fragmentary and The Voyeurs, a portrait of the author emerges as a very private, deeply introverted person who wants to connect with people, but has great difficulty socialising because she lives so intensely inside her own head. That awkwardness makes her a sharp, witty and perceptive observer. It also keeps readers at a distance, never allowing us to become comfortable with her stories, which change tone and structure whenever she feels like it. It’s no surprise to learn that she had an unconventional upbringing, and her subsequent relationship with Maggie, her mother, is one of warmth, but mutual prickliness, each carefully maintaining their boundaries with the other.

As Bell takes trains back and forth between her life in New York and her mother’s rougher but not dissimilar situation in the Pacific Northwest, she reveals more details of her family and their connections. Much of it is surprising to readers of her previous books, as she gives the impression of being raised by wolves and just barely integrated into human society. However, we now see she has a grandmother, she has sisters, she has a brother, although you’ll have to concentrate to notice exactly how many of each. The animals who she often pays closer attention to than people figure strongly in her life – cats, dogs and bears share these pages as fully as any family member. Almost a year after the phone call which sets this story in motion, she takes another phone call. The coincidences and similarities create a fascinating circular structure to this book, underlining how similar mother and daughter are and how their responses to trauma have informed their relationship. The emotional core of Everything is Flammable is tightly anchored to reality, giving Bell’s usual digressions and interventions an anxious edge even as they allow for some humour to lighten the pain and confusion present in these retellings. All the storytelling devices of those earlier books are expertly deployed here to make for an absorbing, compelling, read. 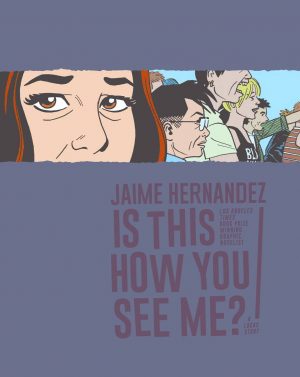