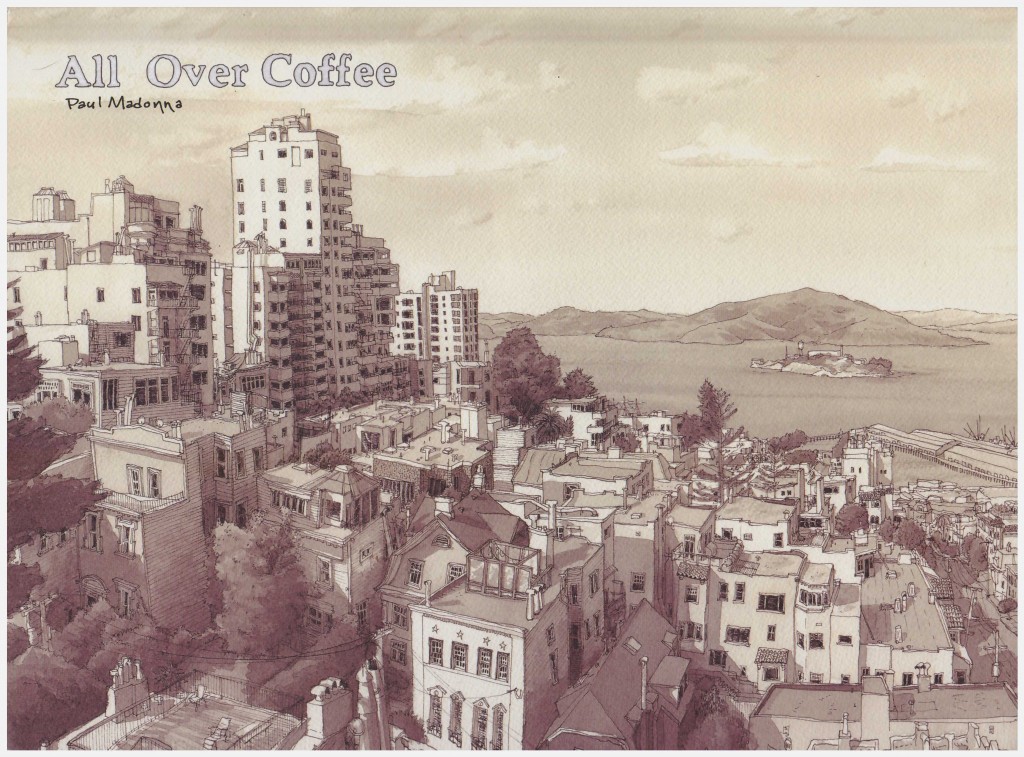 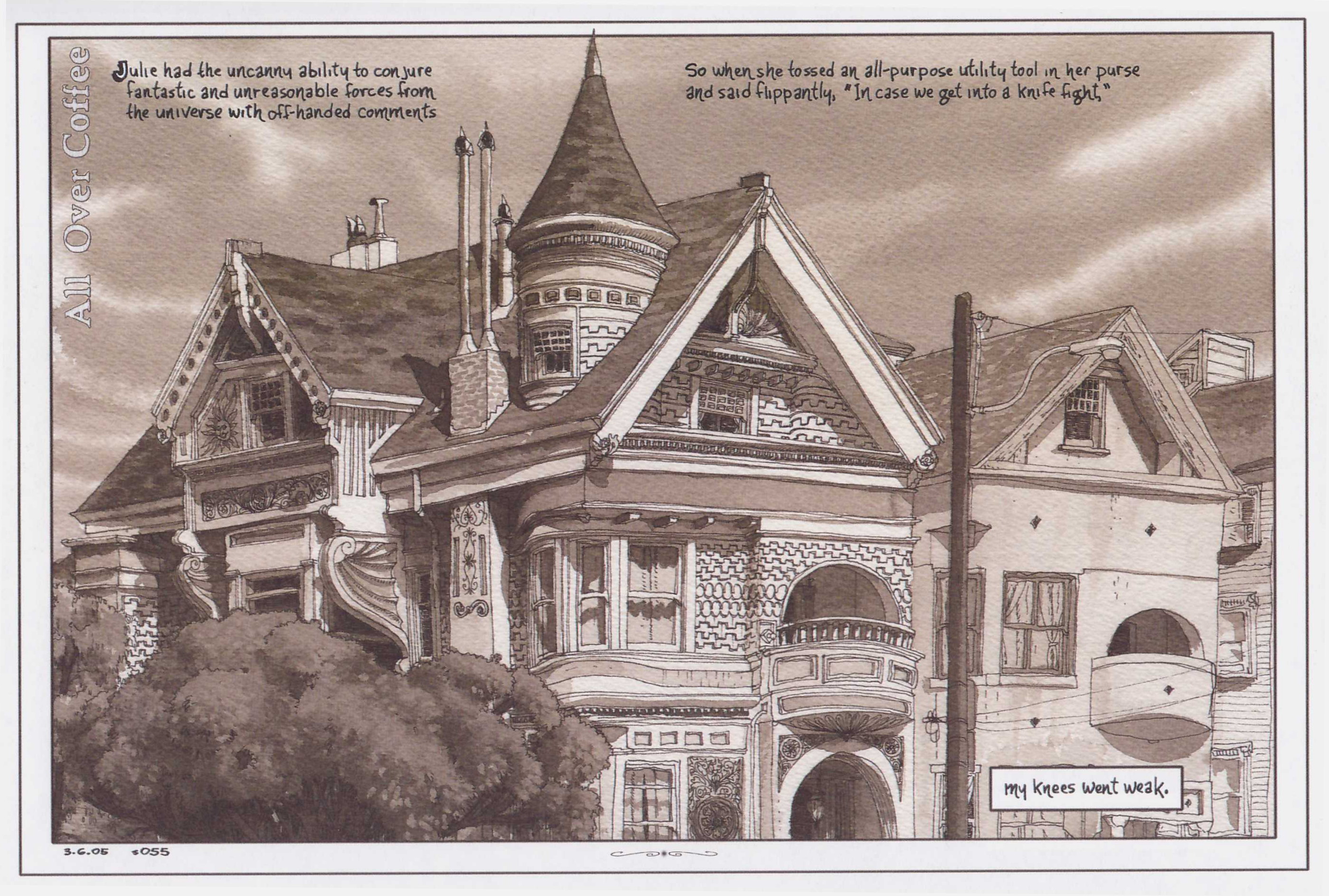 For some the cup of coffee is merely an adrenaline boost, but for others it’s the accompaniment to brief serenity amid the rush of the day. It’s these coffee drinkers who’ll most appreciate Paul Madonna’s work. But is it comics?

Each of his strips is one or more detailed illustrations of San Francisco accompanied by snatches of text, character vignettes, often merely a single sentence. These could be construed as smidgens of caught conversation in the coffee house, much in the manner of Susan Catherine’s 1980s Overheard at America’s Lunch Counters, but in his afterword Madonna denies this is the case. All text is his own thoughts and observations. He sets his stall out from the start laid over illustrations of a church and industrial chimneys: “’I’m sick of you unobservant transients,’ he says, ‘San Francisco does too have seasons!’ It almost comes to blows. Almost. It settles over a slice of tiramisu when they both agree that Kundera can’t end a novel”. For the most part the text has little connection to the attendant picture, but the occasional juxtaposition makes a point, such as the caption “I’d forgotten how beautiful it was to see two women kissing in the street” accompanying a courthouse illustration.

Madonna acts as a virtual tour guide to San Francisco, depicting the beautiful city in graceful pen and ink fashion, with a stunning appreciation of architectural eccentricity and adornment. The art is sketched, but never lacking detail, and while not all images display conventional beauty, capturing the likes of aggregated powerlines at sunset forces appreciation in context. The well-considered presentation adds to the refinement. Strips are presented in landscape format, never more than one to a page, and the very occasional use of colour stuns.

All Over Coffee is a title with dual meanings. On one level it refers to the reflective text, the considerations accompanying a contemplative interlude, and on another it’s the light brown wash characterising the depictions of San Francisco. So is it comics? Try writing the text on a scrap of paper, then covering it on the illustration. Absorbed individually neither possesses the lingering redolence. This is, perhaps, a book to be dipped into and permitted to filter and brew in the manner of the original newspaper strip publication, rather than consumed in one great caffeine rush, and it’s a soul-less reader who’ll take nothing from it.

A second collection is titled Everything is its Own Reward. 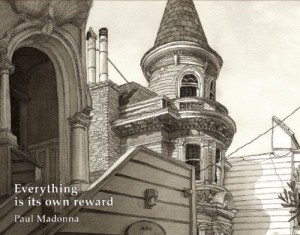