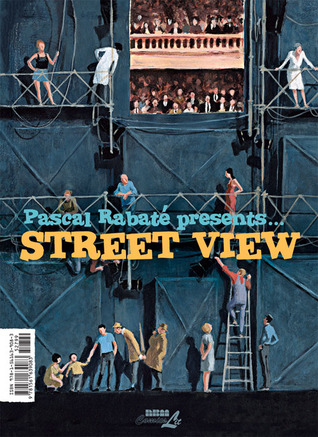 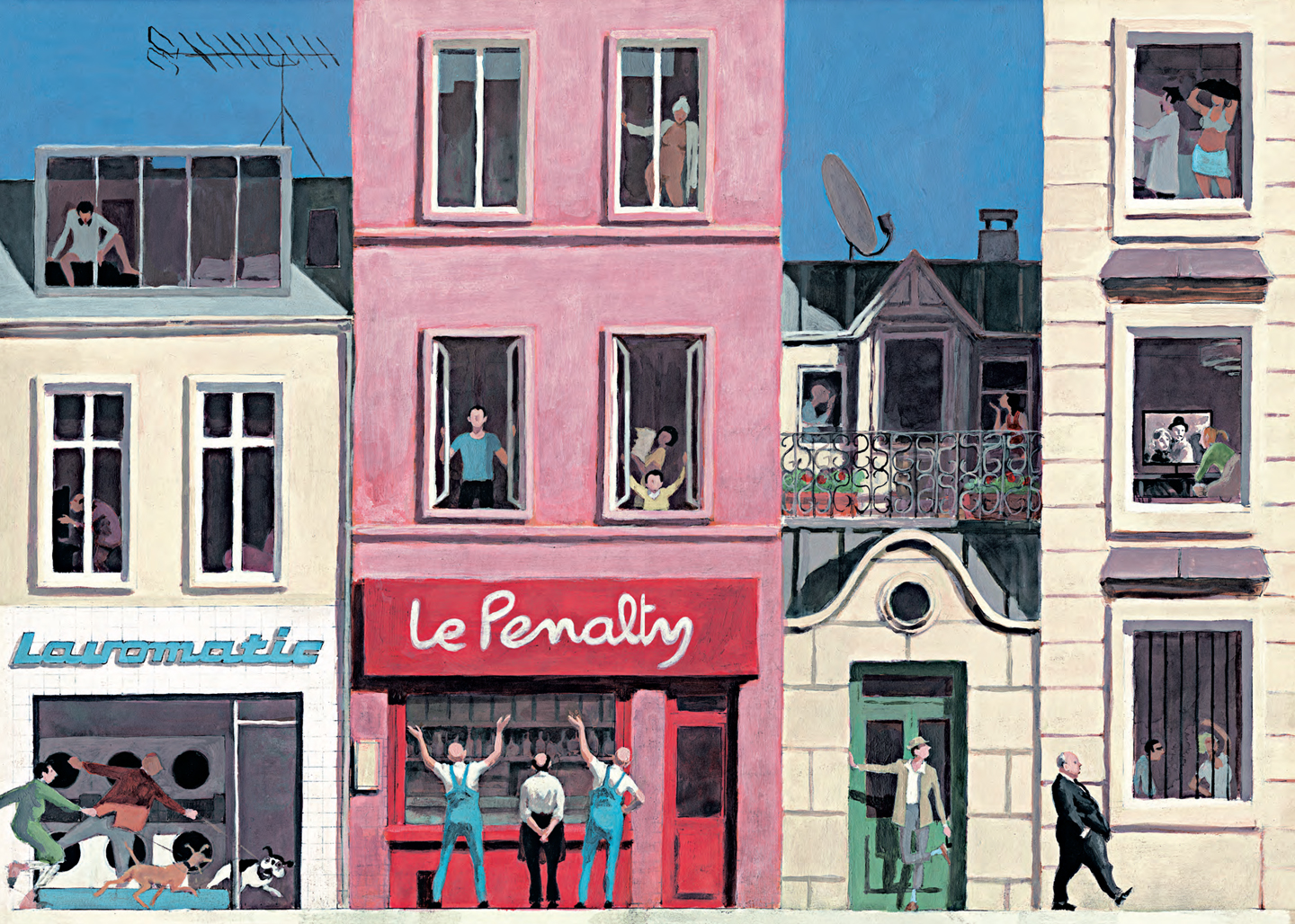 Always experimental, his works ran against contemporary trends as he moved towards a personal kind of Expressionism. His four-volume Tolstoy graphic adaptation Ibicus garnered awards and critical acclaim and cemented his reputation amongst the leading lights of French comics.

In 2013 he crafted a novel and sublimely witty tribute to Alfred Hitchcock’s Rear Window entitled Fenêtre sur rue (Matinées), Fenêtre sur rue (Soirées) which is now available to English speakers. To be honest there’s only a tantalising, scene-setting introductory paragraph to anglicise. Everything else in this confection is a wryly witty pictorial progression of timeless pantomime and voyeuristic intrigue.

Street View (Mornings) is an accordion book: there is no spine holding individual pages together, but rather ten “widescreen” tableaux, run together as one continuous (neatly folded) mise-en-scène scroll, depicting intimate and personal events as one morning passes on an ordinary street. The scenario depicts two shops with upstairs apartments, a small house and a low-rise block of flats through certain times of day, with seventeen glass storefronts, doors and windows all affording sneaky peeks at folks living their lives in what they think is perfect privacy.

Street View (Evenings) is the flipside of the scroll, revealing for the dedicated viewer the freedom and license which grips all those isolated participants when they think themselves fully cloaked by darkness (if not drapes and curtains).

This thrilling, funny, intoxicating – and yes, just a little bit creepy – ensemble piece is a superb example of how pure graphic storytelling can beguile, inform and entertain: transcending barriers of language and custom with slickly effective imagery and primal narrative. It’s also one hell of a damn fine read that you simply must see.