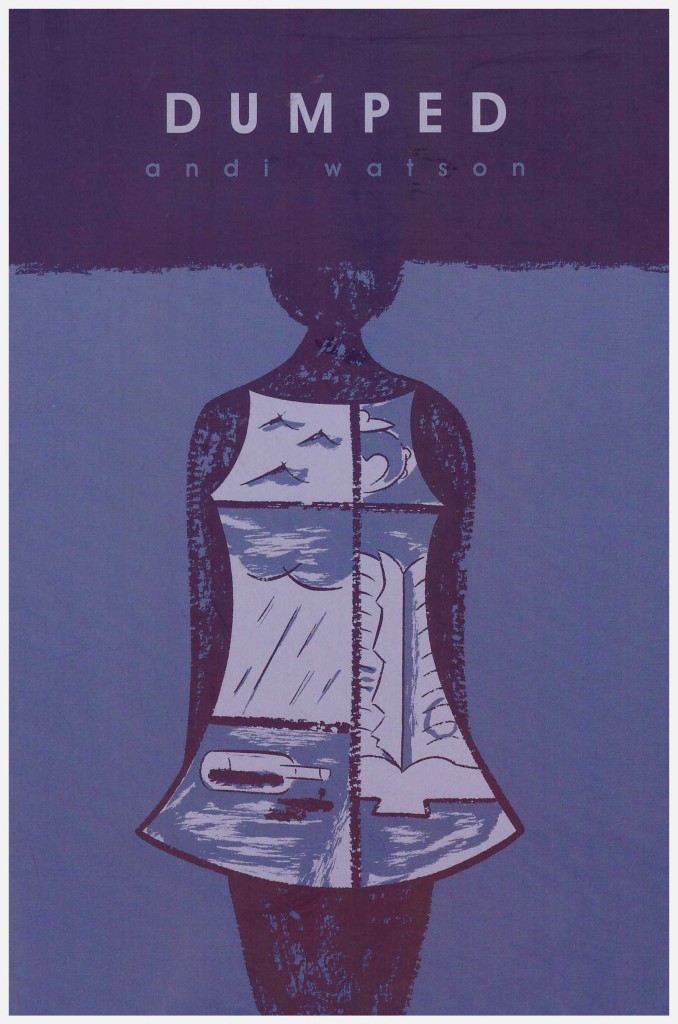 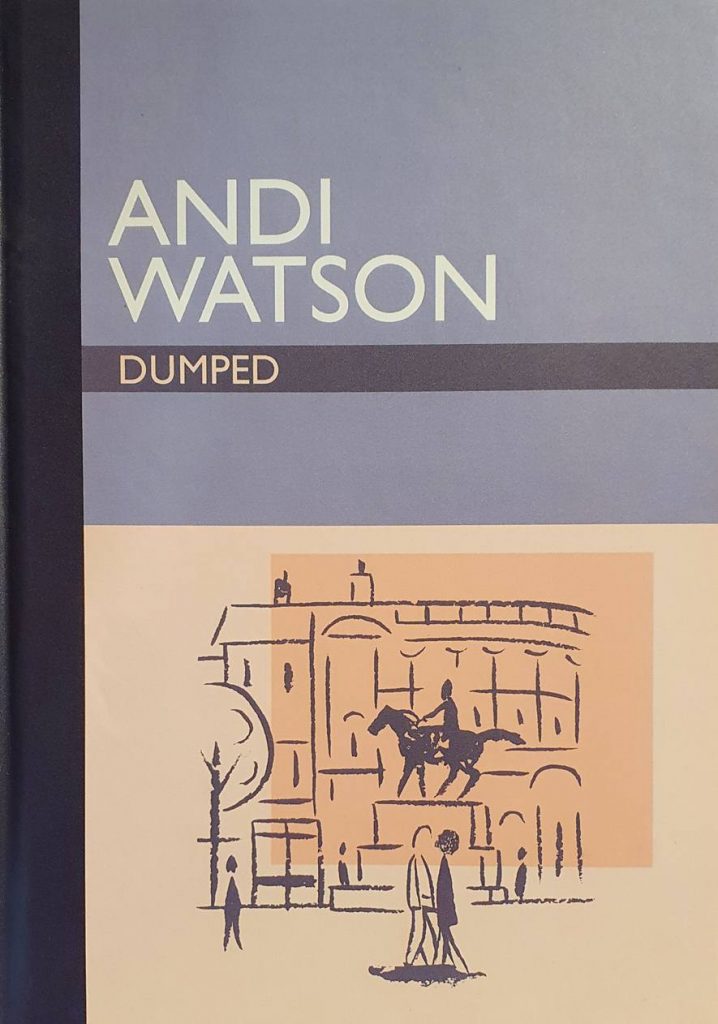 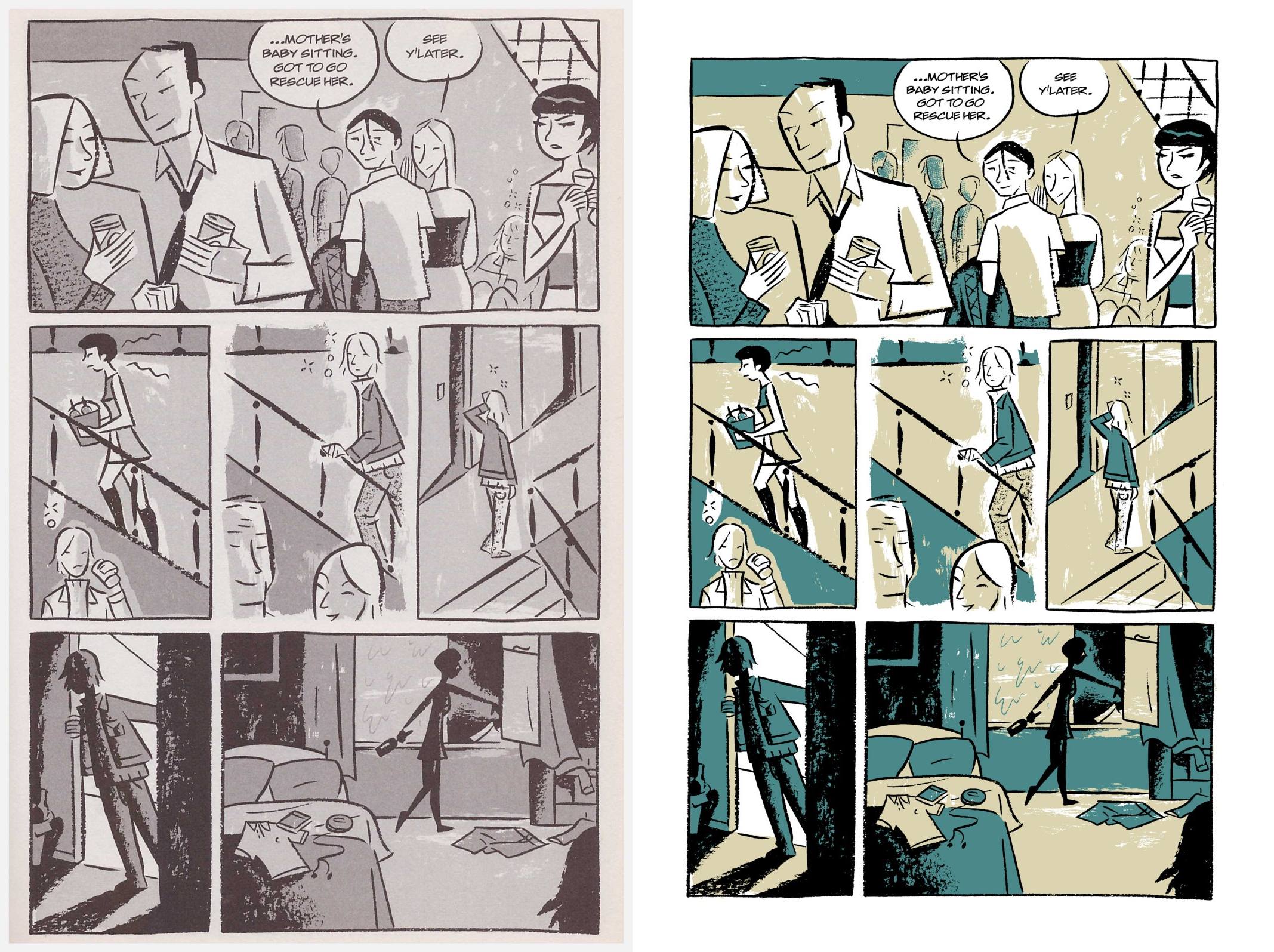 Dumped is intelligence at work, beginning with the several ways of interpreting the title, most of which occur at some some stage during Andi Watson’s engaging slice of life romance. On form there are few people able to approach Watson’s easygoing observational fusion of down to Earth drama (always steering clear of soap opera), and wonderfully evocative cartooning. It brings to mind jazz era album covers and a hefty dose of Serge Clerc.

Binny wants a girlfriend, but is prepared to settle for anything he can get at a party. At the point of his drunken apex, this turns out to be the wayward and emotional Debs, whom he catches throwing items out of an upstairs window. It might not seem a match made in heaven, but after some detective work a proper first date is arranged.

Watson’s masterstroke is ensuring that there’s much left to be revealed. Despite running a second hand clothing store, Debs despairs of Binny’s addiction to charity shops, and he’s unable to understand why, as there’s a connection as far as he’s concerned. His particular love is books marked up by others, an endearing trait convincingly sold by Watson, yet considered pointless by Debs. Watson draws readers into the lives of Binny and Debs, both when together and when confiding in friends, with one eventually revealed as not entirely what they present themselves as.

The same might be said about Watson’s art, which is simple on the surface, with its few lines and seemingly slapdash greytones, yet it’s also a primer for emotional depth. Watson’s so good that he can tell a fair portion of his story without words, and once you’ve read the book through, go back, look again, and admire how well he’s set everything up in the early scenes.

Sensitive, charming and intimate, Dumped is a beautifully composed meditation on relationships, and should be far more widely known. Again, the same might be said about Watson in general. In 2020 Watson self-published a new limited edition hardcover version of Dumped, adding colour, the sample spread providing comparison.