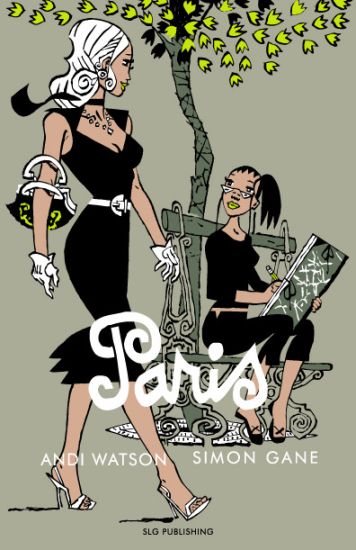 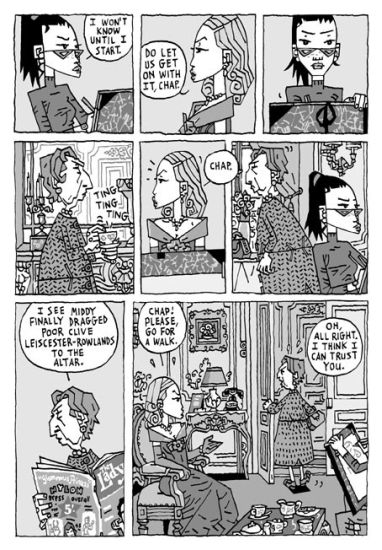 It’s something of a cliché to write a love story (mostly) set in Paris, isn’t it? Writer Andi Watson and artist Simon Gane have nevertheless done just that with Paris, although with a twist: the main characters are two young women from antagonist social backgrounds. Juliet is an American would-be painter from a working-class family, who spends time in Paris to learn the classical ways; Deborah is a British aristo with a fearsome aunt as a chaperone. They meet in 1950s Paris, when Juliet is commissioned to paint a portrait of Deborah.

Watson, better known for drawing his own material, collaborates with Simon Gane, whose style is interestingly dissimilar from Watson’s. By setting their story in a very particular place and time, one already as magical and timeless as something out of the Arabian Nights for a lot of people, the creators have added a layer of complexity to a story that otherwise isn’t too original. The obstacles faced by the two women are of course the weight of family and society’s expectations, as much because they’re women as because they fall in love with one. Deborah is supposed to be a good daughter and marry someday or other; Juliet’s parents, while good people, hope she’ll come to her senses and abandon her wild dreams of art. Watson’s script feels a bit disjointed and the ending is rather predictable, but then, this is unashamed romance, so what else should we expect?

On the other hand, some of the writing is really nice, if one ignores the use of French, which is regularly atrociously translated to the point where a French-speaking reader will feel like buying a Teach Yourself language course for Watson. Much is made of Paris itself and of the ways of the people of the era. That aspect owes a lot to Gane, which is detail and background-heavy, with character designs adding to the period atmosphere. The style is angular and very assured, with dense pages begging the reader for a second look. We couldn’t be further from Watson’s own pared-down style.

The fact that this is not a straight romance is never spelled out, a nice choice that enables the authors to focus on the hardships arising from any worthy romance. While Paris might not be the best script from Watson, it’s made all better by Gane’s art, the end result being an enjoyable trip to a romantic past.