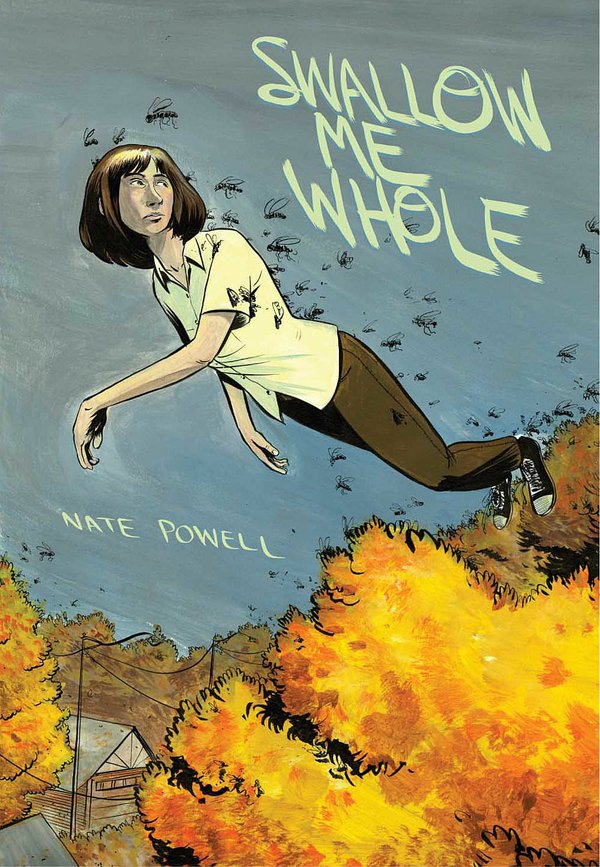 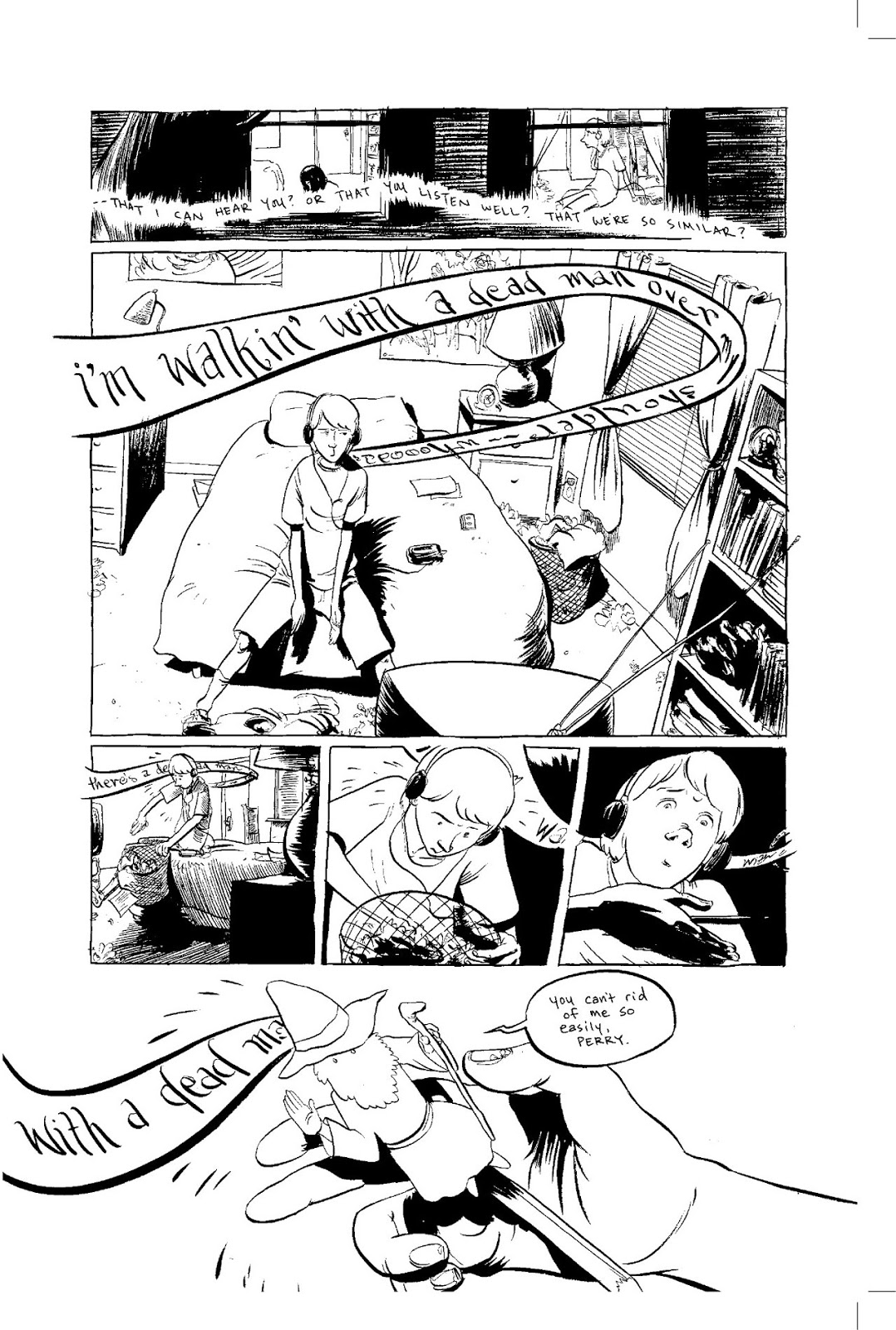 It’s not apparent for quite some while that Swallow Me Whole concerns mental disorder. Nate Powell deliberately presents events in a disjointed and therefore disorienting way, so when we see the young Ruth hearing the bottled insect specimens in her room talking to her, we’re uncertain as to the significance. Is this a science fiction intrusion in what otherwise seems a slice of life story? As Powell follows Ruth and her stepbrother Perry, we learn that both hear voices, and that Ruth has a form of OCD. These qualities are unrecognised by their parents, who have their own concerns about Ruth and Perry’s grandmother, essentially brought home from hospital to die.

Having invited us into Ruth and Perry’s world over the first third of the book, Powell switches to a more accessible form of storytelling. There’s diagnosis and advice, but that’s contrasted by reinforced mundane surroundings, with the inexplicable occurring amid the everyday and Ruth and Perry’s growing awareness that’s the case. Powell’s loose and expressive art feeds into the moods he wants to induce. The use of black ink is symbolic, representing both moods and conditions. Pages bleed out into it. Powell also uses space to convey isolation, such as a small image in a large panel, and will minimise any form of drama. Sometimes words are used run together in extremely small print or altogether indistinguishable, another technique to break down convention and offer insight into what it might be like to perceive things differently.

Swallow Me Whole increasingly becomes more about Ruth and her worldview as Perry develops other concerns, an important scene being where he’s able to conquer his own demons as Ruth’s condition spirals out of control. A prolonged elusive dreamlike ending is possibly allegorical, and a thematic fit, but less satisfying narratively. A sympathetic understanding of Ruth has been extremely well cultivated, and while a neat resolution would be a complete disservice to what’s come before, what we get is altogether too whimsical. Visually it’s wonderful, a series of images tied into the cover illustration that embed in the brain.

Society has been wilfully slow to acknowledge mental illness, and at worst stigmatises and demonises it, so a fundamentally sound, sensitive and moving look at schizophrenia is an important step. You won’t necessarily enjoy Swallow Me Whole, but Powell’s exploration will stay with you.