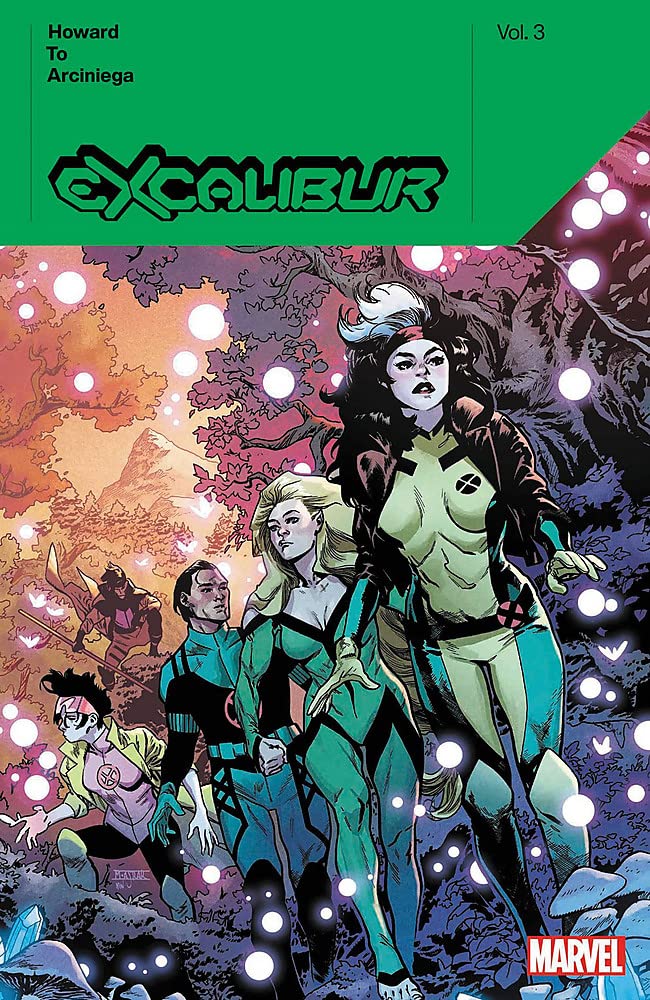 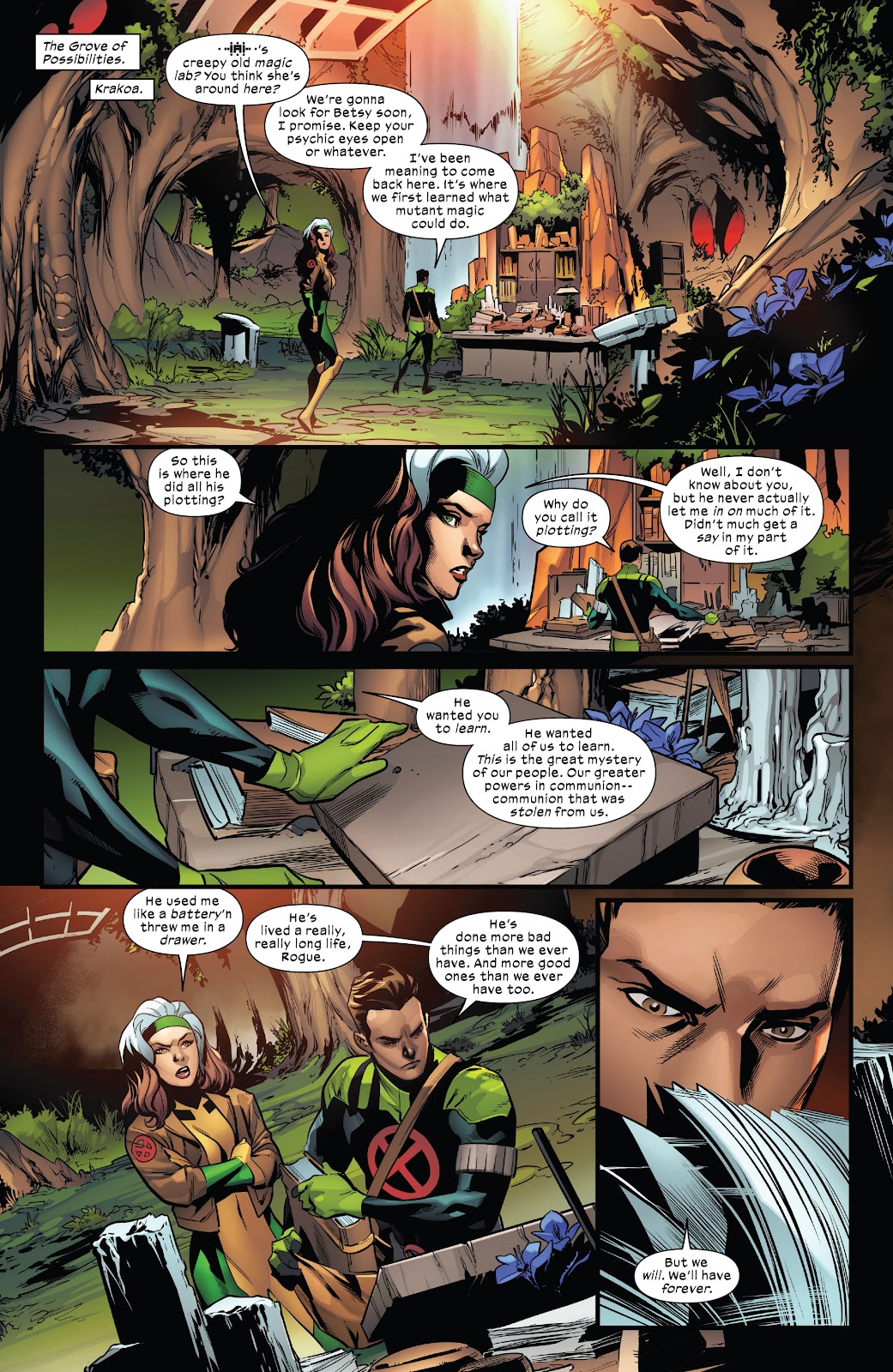 Excalibur’s continuity was instrumental in setting up the X of Swords crossover, and the results of that have had considerable consequences for Excalibur. The pressing concern as this third volume opens is whether or not Betsy Braddock is actually dead. It’s possible for the X-Men’s cloning technology to in effect resurrect someone, but that only applies if the person is definitively confirmed as dead. That being the case, Excalibur go searching.

Tini Howard ensures it’s no simple matter. First there’s now a corps of Captain Britains from assorted Earths across the multiverse, and Betsy Braddock has a complicated backstory, both in terms of personality and relationships, which is appealingly exploited. Additionally, there are other forces at work who wouldn’t be as pleased to see Betsy return.

Artistically this selection benefits greatly from having the attractive looking art of Marcus To throughout. He creates beautiful looking palaces and his nature scenes look even better, with the colours supplied by Erick Arciniega obviously playing a large part in the overall look. To also defines the cast well, although he’s better at showing how people feel with poses rather than expressions. The short of it, though, is this looks just fine.

It should also be noted how gender positive Excalibur is. Without relegating the male cast to bit players, nearly all significant character interactions are between women, although Jubilee is largely a background figure. A villain who emerges halfway through is also female, at least in principle, and Howard writes her well. “I’m not like you and the other one and your decades of mess”, she claims, but Howard cleverly shows that as delusional, yet surprises with her journey. Over the previous two volumes Howard’s plots have offered spectacle without always making sense, but allowing for possible confusion from multiverse variations, this hangs together. The sense of loss experienced by the team members, and their different ways of coping with it also transmits well.

Howard has one surprise left over to drop in a final chapter that builds on previous volumes to give a new twist on anti-mutant sentiment, which is the thread leading into Vol. 4.