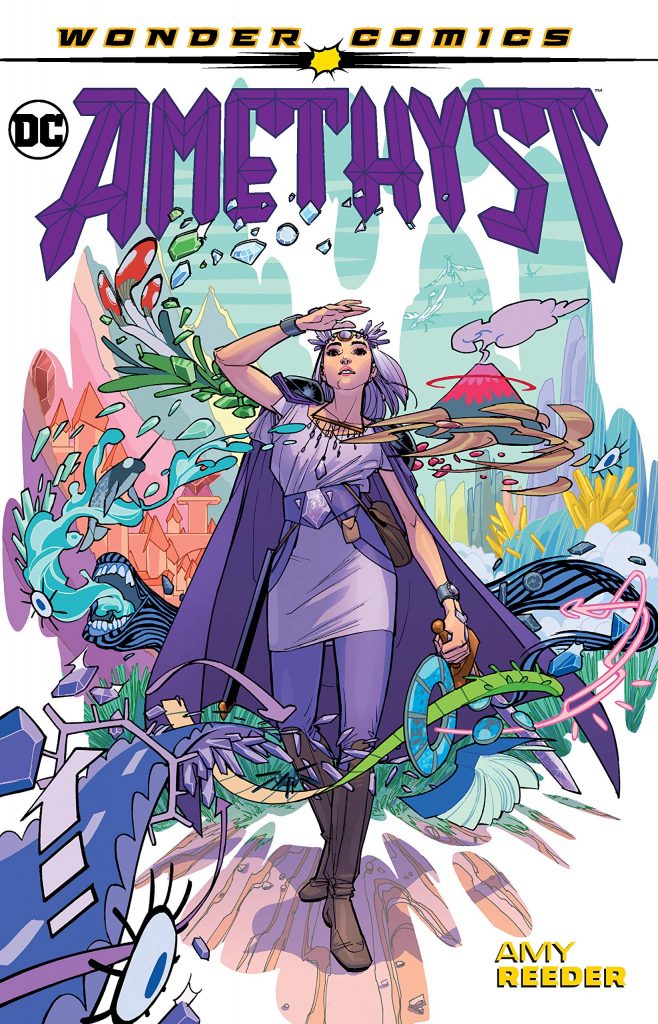 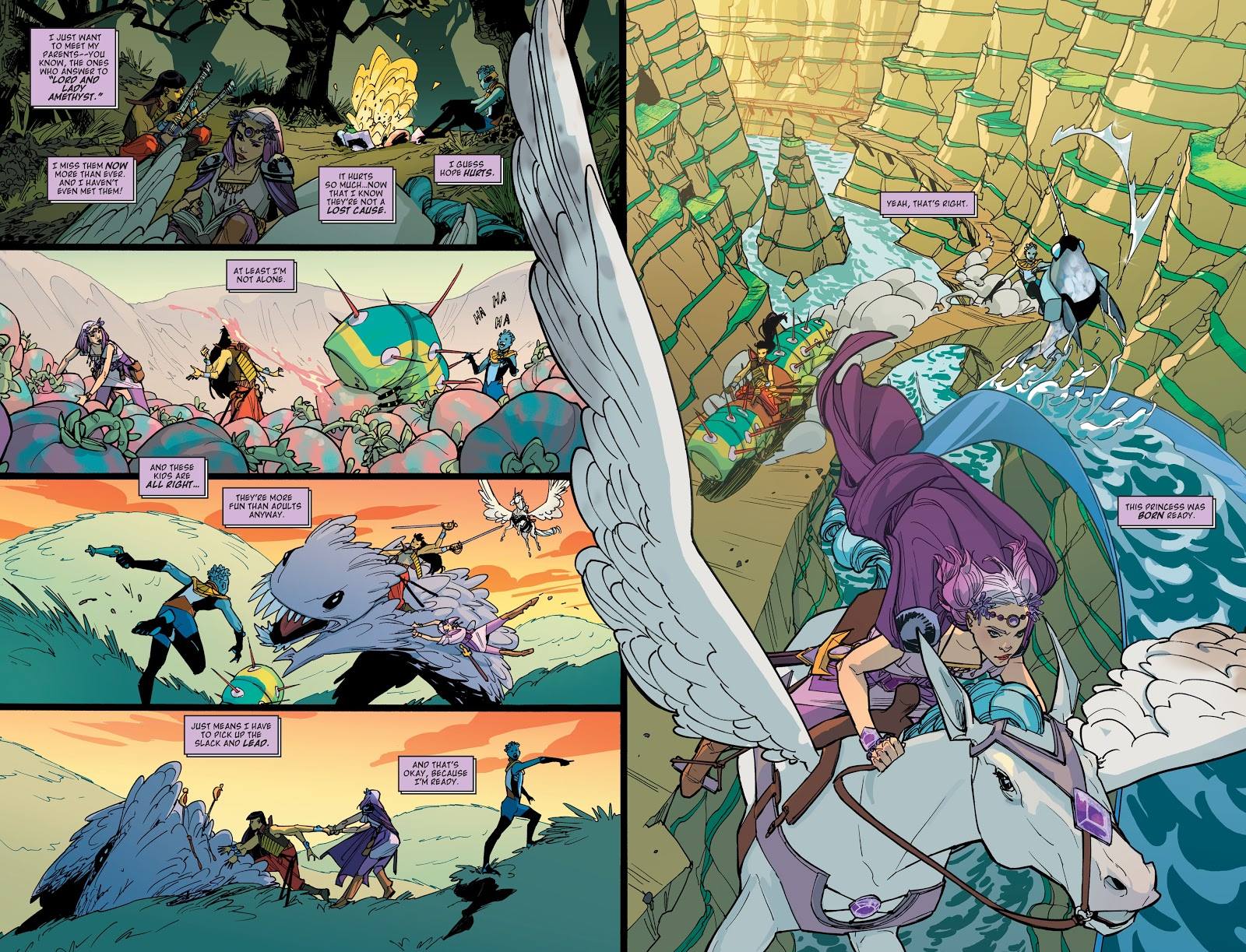 It’s Amy Winston’s sixteenth birthday, an awkward occasion on Earth, but she’s expecting a grander celebration on Gemworld, where she’s Amethyst, a princess. When this dual life began she was told that her true parents on Gemworld had died protecting it from the resident villain Lord Opal, and under Amy Reeder’s guidance, the Gemworld Amy returns to is very different.

Reeder messes with that world slightly, providing Amethyst with a new ability connected to the gems representing her kingdom, which is convenient, but logical. It helps greatly when it comes to a Gemworld where Amethyst’s people have disappeared, and former friends act as if strangers. The mysteries propel the six chapters of this reboot, aimed at a young adult audience that now exists, whereas previous incarnations of Amethyst have been punted out hopefully without ever connecting for any length of time.

As the sample spread shows, Reeder has no problems designing decorative pages featuring threats aimed at the target audience, and, importantly, never speaks down to them. There’s a definite danger, but Reeder ensures Amethyst’s exploits are also fun, providing her with engaging new companions, Phloss being introduced as an ordinary citizen of Gemworld who can supply experiences a princess wouldn’t usually engage in. While introducing some changes, Reeder respects what’s gone before, and older readers of previous incarnations will be pleased to see many supporting characters from the past used well as we’re given a comprehensive tour of Gemworld. A neat touch is how an item possibly introduced to groans from the readership is efficiently used. It’s a smart reversal of the mystical book so often needed on fantasy worlds.

It takes a while for Amethyst to learn the truth, which confounds everything she’s assumed about her birth home, although beyond the opening pages Amy’s Earth life is an irrelevance. It’s all logically processed and based on the past, but understandable to any new reader. It’s a joy all the way through, and we’re left wanting more.