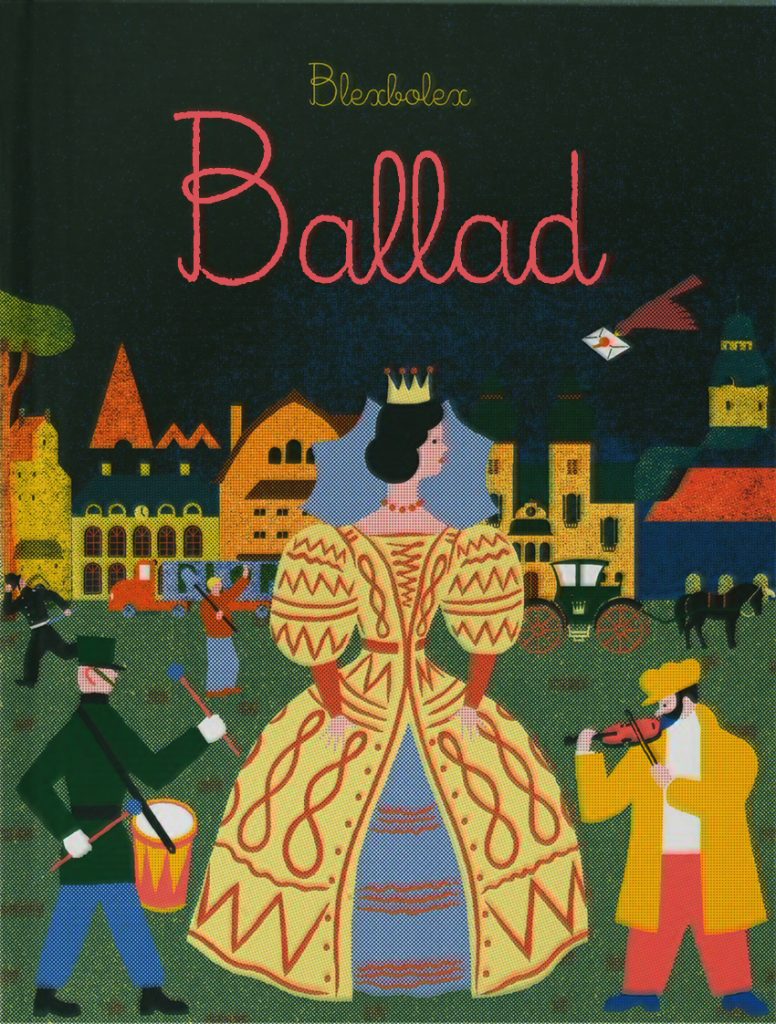 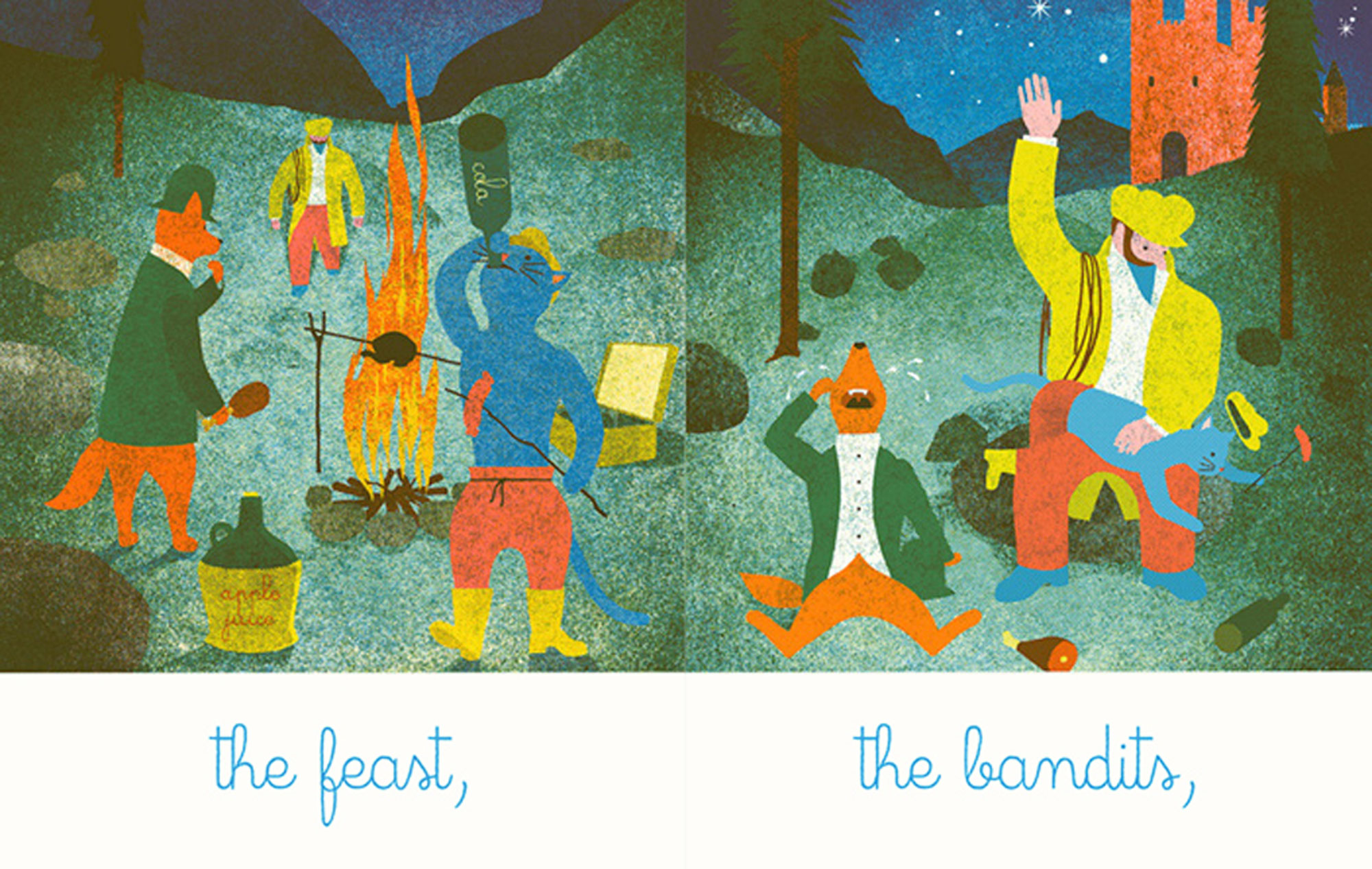 Ballad does something similar with its structure. The book has seven chapters. The first chapter is short and simple, establishing the shape of the story that is going to unfold. It begins with a school, then shows us a path, and ends with home, one image to a page. Each picture is drawn in Blexbolex’s signature silkscreen style, with limited spot colours that define simplified flat graphic shapes, overlaid in varying densities with dot-screened textures. Two or three words in a cursive script label each image. So, we understand this is a journey from school to home. The second chapter begins with school again, and adds a street, a path, and a forest, before arriving at home, but in this second run through everything looks visually richer as there are details added onto the images we saw before. The third chapter adds more locations between the starting point and the end point, increasing the length of our journey. It also introduces some characters too, whose actions will make what happens along the way home increasingly complicated. And the drawings are altered again, added to with different colours and more details. Each chapter adds more items and characters between the school where the journey begins, and home, where it ends, the narrative growing increasingly complicated as we revisit each scene, to the final chapter which is 129 items long.

To reveal more about who the characters are and what they do would spoil the mystery and surprises  making this book such a fascinating narrative puzzle, and a new take on well-worn gothic and fairy-tale stories of witches, princesses, dragons and spells. The interplay between the very carefully chosen words and the iconography of the images, more expressive and detailed here than in previous books, is witty and playful. When the world turns upside down so does the text, when the people are mixed up so are the words and when images are obscured the words vanish too. The design allows for all kinds of nuance and interpretation of the events that follow. Ballad is an ingenious, beautifully crafted work that will engage adults and children alike, with “… a story as old as the world — a story that begins all over again each day.” It was one of the New York Times Best Illustrated Books of 2013.