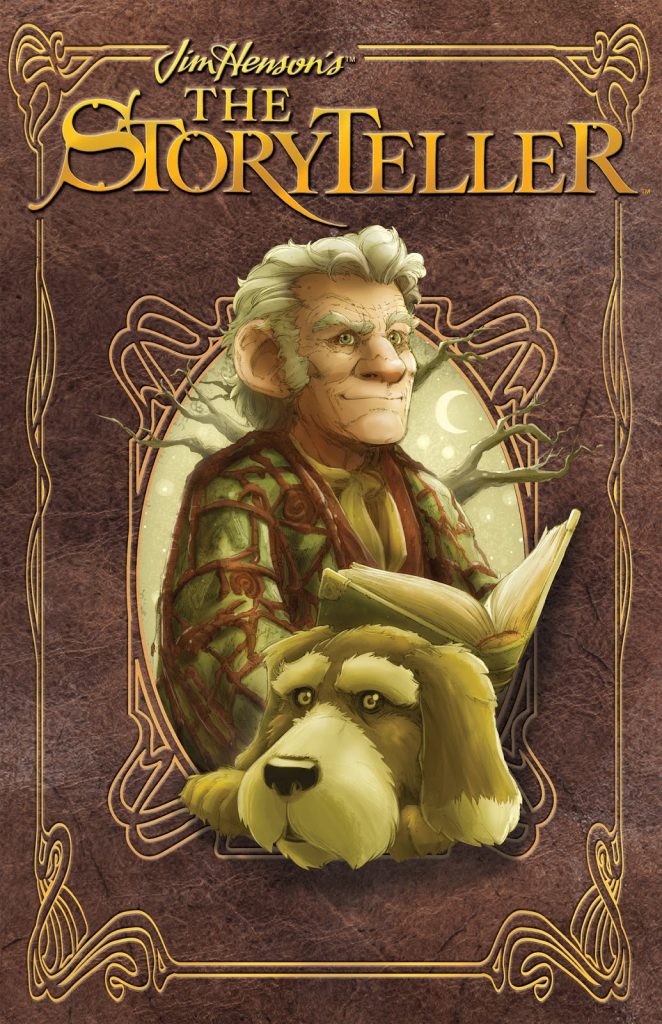 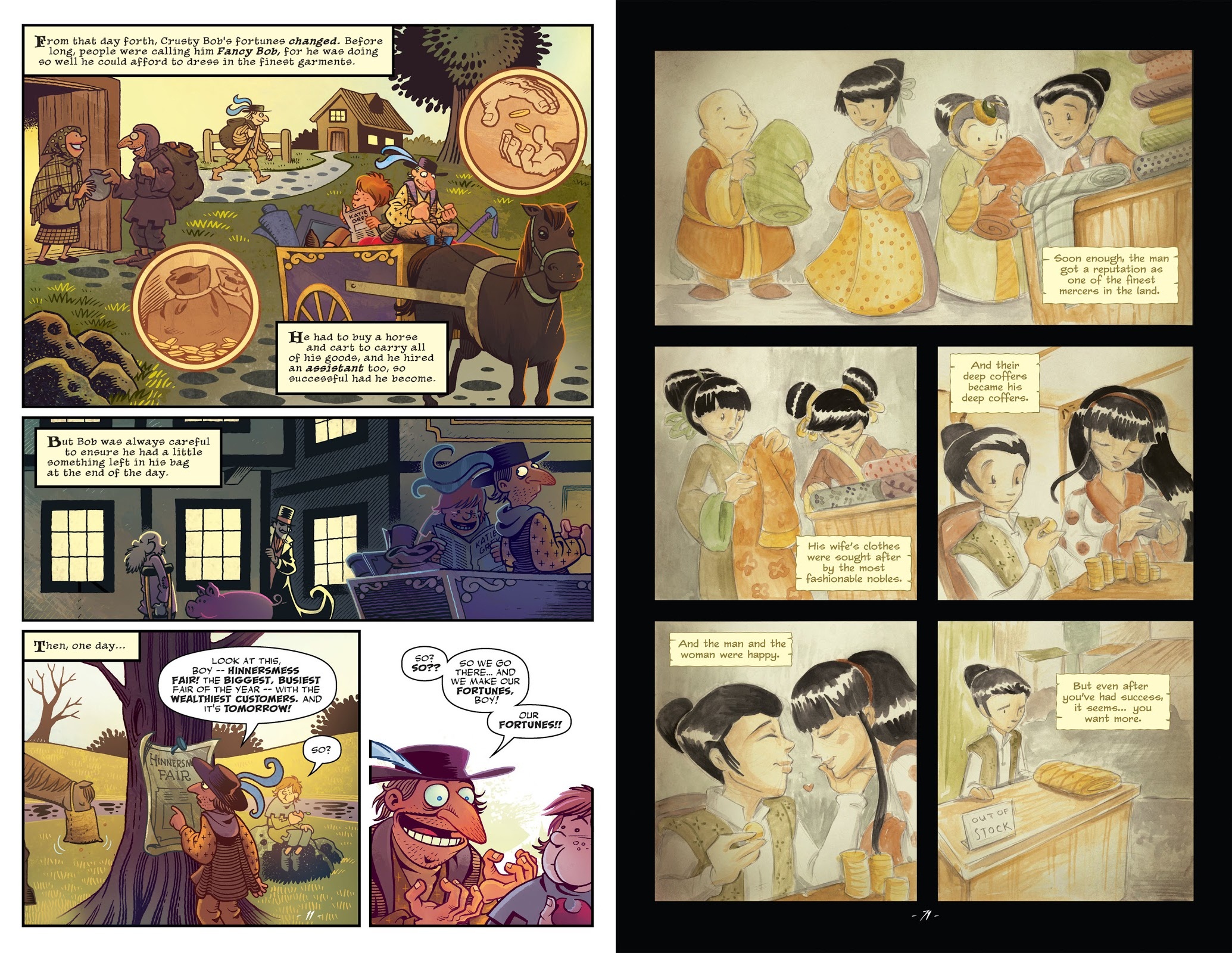 Archaia launched what became a very successful series with an all-purpose grouping of the Storyteller’s stories rather than the themed collections that followed. As with the series, though, creators were encouraged to search out more obscure tales, in the Western world at least, rather than recycle the familiar, and this opens the doors of wonder. Even when better known fairy tales are included, they’re presented in older and more complex or surprising versions.

Beyond the stories themselves, the appeal is down to the varied approaches. Marjorie Liu and Jennifer L. Meyer’s version of Puss in Boots could be adapting a Barbara Cartland romance if the magic elements were stripped out, and Meyer’s pastel pages of windswept characters and clothing enhance that view. Contrasting that completely is a Chinese version of The Frog Prince, a story with many similarities to Liu’s work, in which Paul Tobin and Evan Shaner play up the eccentricity well. Ron Marz and Craig Rousseau’s ‘Momotaro the Peach Boy’ would later also be adapted very differently by Conor Nolan for the subsequent Giants selection, but here Rousseau begins traditionally before switching to finely chalked illustrations on coloured textured paper with the story presented as text. It’s a very effective technique, enhancing the story. The sample pages show Roger Langridge’s expressive cartooning works as well as Katie Cook’s book style illustrations, and there’s also the charm of Colleen Coover on one of Aesop’s Fables and Chris Eliopoulos explaining why dogs and cats are forever enemies.

The Witches collection would adapt a never produced TV screenplay credited to Anthony Minghella, Susan Kodicek, and Anne Mountfield, and Nate Crosby adapts another. It differs from all subsequent Storyteller material by providing a larger role for the Storyteller himself, here involved in events rather than just introducing and closing proceedings. It’s the longest piece in the book, and among the best, with a thoroughly disturbing princess, and very nicely drawn by Ronan Cliquet, but hinging on an action that might have occurred to others in the kingdom before meeting their demise. It’s based on a Russian folk tale, but even by fairy tale standards the lack of logic impacts severely.

Pin-up pages separate the strips, nicely printed as if on water stained parchment, with most of the story artists contributing along with the likes of Dennis Calero, Mitch Gerads and Janet K. Lee.

Despite being an interesting selection of adaptations featuring some justifiably well known creators, it’s a surprise that as a collection it’s not a match for the themed volumes that followed using contributors largely unknown to the wider comics world. That’s not damning, however, more a comment on the quality of what followed.