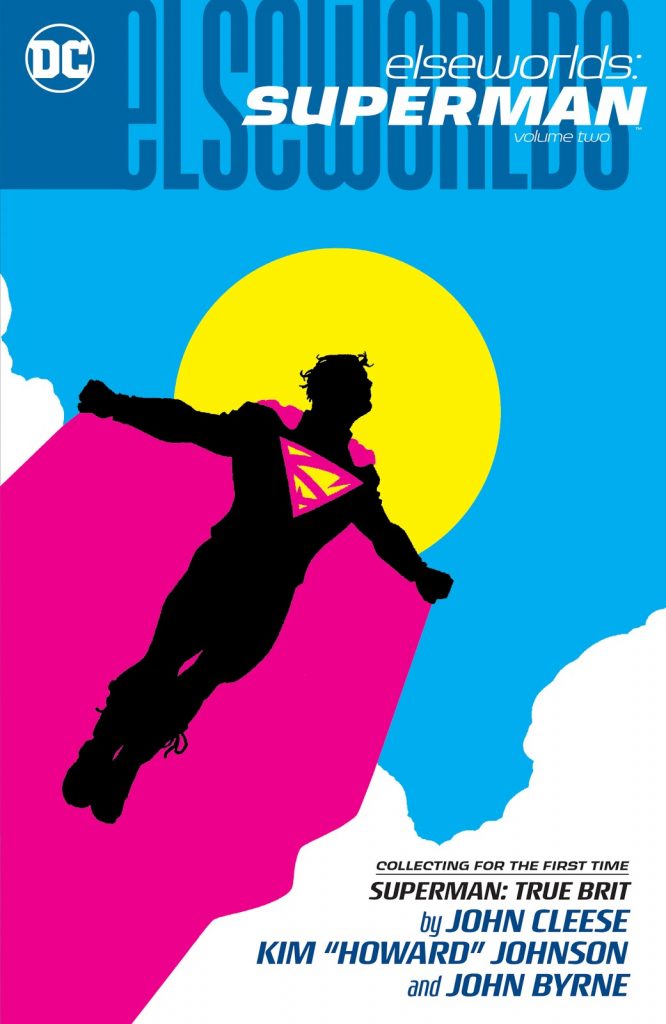 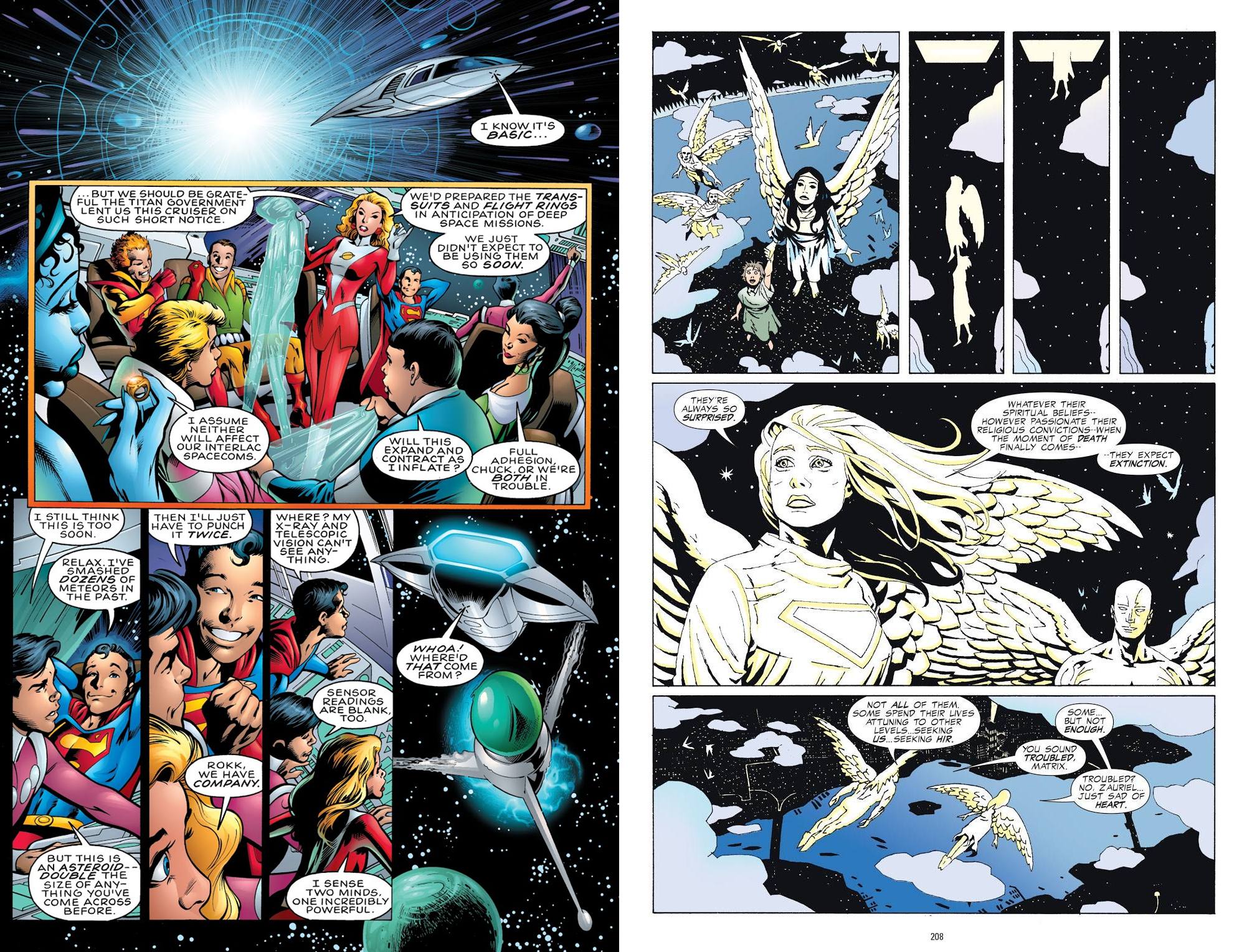 This second collection of stories re-imagining Superman’s circumstances broadens the definition of Superman to encompass Superboy and Supergirl, and provides value for money by including Son of Superman and True Brit, both previously issued as standalone graphic novels. Follow the links for more detailed reviews.

In 2000 DC thought highly enough of Son of Superman to issue it as a hardcover graphic novel. TV writers Howard Chaykin and David Tischman were teamed with then new artist J.H. Williams III to tell the story of a fifteen year old suddenly discovering they have Superman’s powers, and that the world is presented as one thing, but is actually another. The anti-poverty agenda remains relevant, and this is a smart and thrilling coming of age story with plenty of twists and bravura art.

Mark Farmer is best known for his inking skills, often on Alan Davis’ pencils, and that’s the solid artistic combination for ‘Superboy’s Legion’, which has the arrival of Kal-El’s spacecraft on Earth delayed for a millennium. The novelty is Farmer also writing a piece where Superboy convenes the Legion of Super-Heroes. This takes roughly half the story, along the way defining Earth’s Science Police as overly prescriptive and introducing a surprise villain as a first chapter cliffhanger. Farmer makes some small changes, but this is essentially the Legion of the 1960s, and he treats them as such, setting them off on a grand adventure to put things right. It’s a joyful homage, with some clever twists and nicely drawn, and so should satisfy Legion fans.

‘Wings’ is a recasting of Supergirl as literal angel from heaven, blessed by Jamie Tolagson’s pages reeking of P. Craig Russell. Would that all comic artists choose their influences as well, but few would have the talent to approach that delicate linework and the imaginative layouts. It’s very much out of tune with the straightforward superheroics beforehand and the alleged comedy that follows, being a ponderous meditation on the struggle between good and evil. J.M. DeMatteis has assorted DC powerhouses offer insight into humanity, life and death while Supergirl, or Matrix as she is here, struggles to find the correct way to set the dissolute Linda Danvers on the right path. Halfway through there’s a big switch indicating the possibility of the plot becoming as interesting as the art, but the reset button is pushed. While ‘Wings’ continues to be visually stimulating, the struggle for faith remains dull, not saved by an interesting twist right at the end.

It might be cover-mentioned, but the editors have wisely relegated the poor ‘True Brit’ to the end of the book. Don’t blame John Byrne, whose comedy art creates a charming rendition of an imaginary England. No, the problems are all down to John Cleese and his co-writer Kim “Howard” Johnson who have the infant Kal-El’s spacecraft land in 1950s England. There’s not a joke too obvious about Britain for them to steer clear of ramming it home several times, and the pacing is woeful. It’s difficult to believe the same writer has created several works of comedy genius.

This collection covers an astonishing, and perhaps incompatible selection of moods, a real 57 varieties, and that’s a weakness rather than a strength as it’s unlikely anyone who enjoys ‘Wings’ will find much to their taste about Superboy and the Legion of the Super-Heroes. Perhaps those interested would be better off looking out the original versions of anything that appeals. 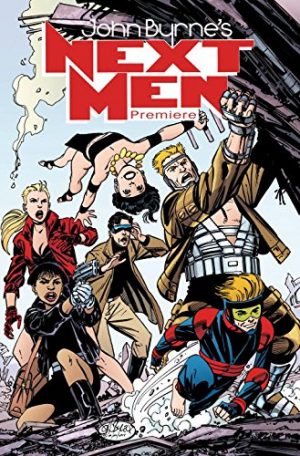