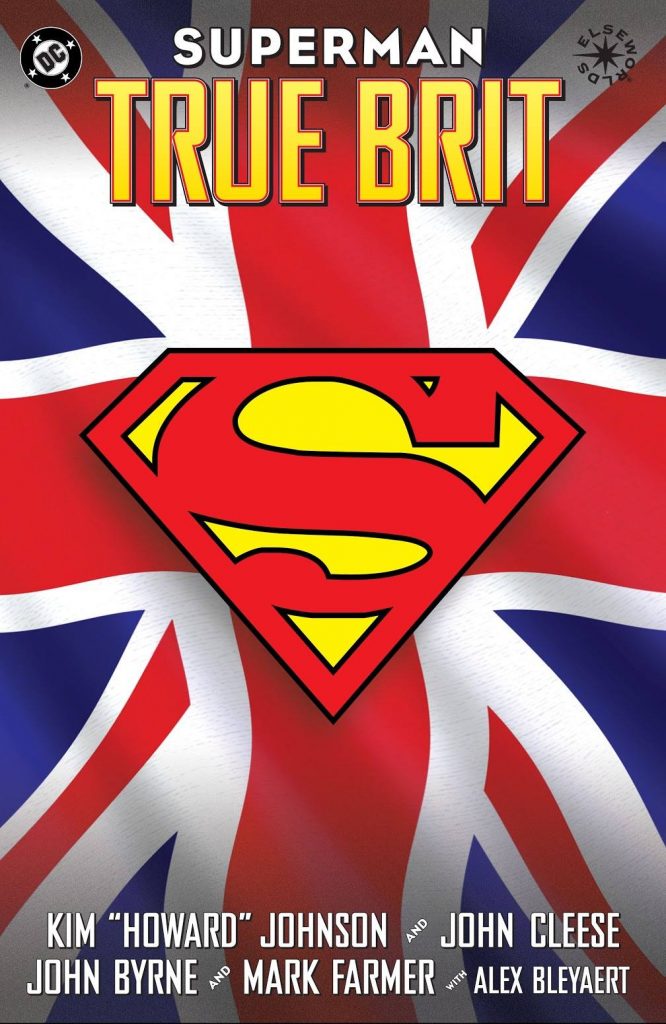 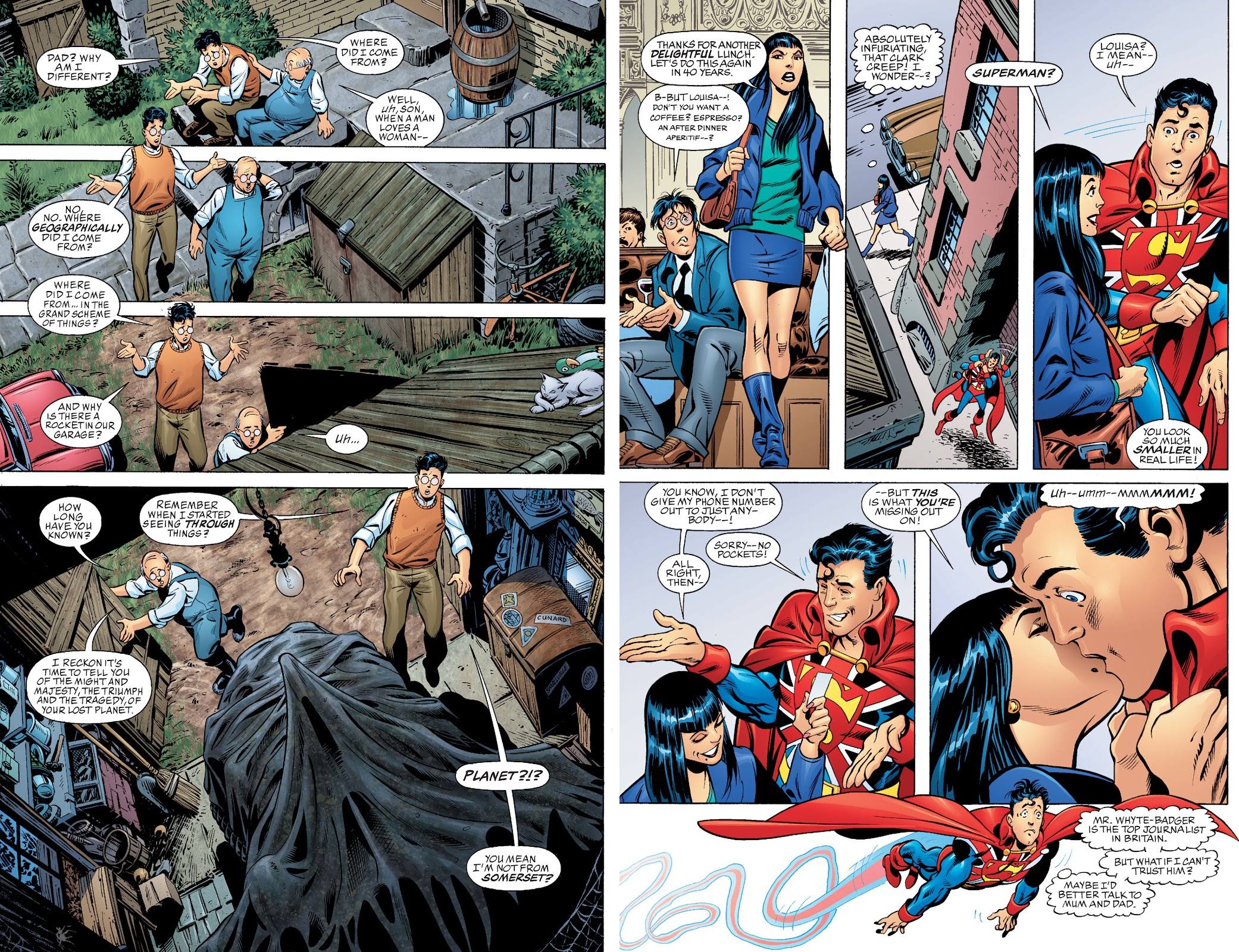 In this version of the Superman story Jor-El deliberately dispatches his infant son to England, rather than randomly sending him to Earth, so he grows up on a Somerset farm, raised as Colin Clark. In a gag that probably originated with John Cleese, he’s told to suppress his abilities, to conform and that there’s nothing more embarrassing than standing out. What would the neighbours think? Apparently, though, a career working for the Daily Smear isn’t anything to be ashamed of.

Attracting Cleese to write about an alternate Superman was heavily promoted on True Brit’s 2006 release, but the impression given is that it was just another alimony project for him, and most of the writing was down to Kim “Howard” Johnson, author of several books on Monty Python. It’s because if anything characterises Cleese’s film and TV scripts it’s their leanness, very few words wasted, and the jokes densely packed into exquisitely weaved plots. True Brit sprawls, taking too long to work toward punchlines only very rarely not predictable or too obvious. It’s understandable that Cleese and Johnson would package English stereotypes for an American audience, but the way they do it is leaden.

Yet you’d not know this just by looking at the art. John Byrne’s always managed a good exaggerated comedy turn, and he supplies page after page of it here, all personality-rich and laid out to impress. He works in some charming period details of an England long gone by for Colin’s youth, and even turns his hand to scenes of cricket matches.

However, begin reading and any magic slips away. The satire of sleazy British press, presumably Cleese in revenge mode, goes on and on and on, the repetition of Colin’s parents moving because they’re embarrassed by him is worked to death, and the forced Batman joke beggars belief. It’s also difficult to tell whether the patronising attitude to ordinary people is restricted to the scabrous press baron. The disappointing aspect is that it wouldn’t have been difficult for someone of Cleese’s intellect and talent to produce a decent Superman satire, but he didn’t care enough.

True Brit has latterly been absorbed into Elseworlds: Superman Volume Two, and drags that down also.