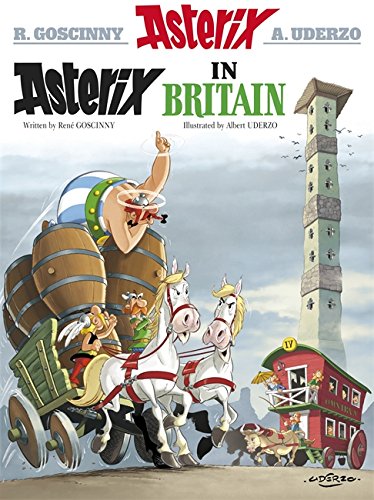 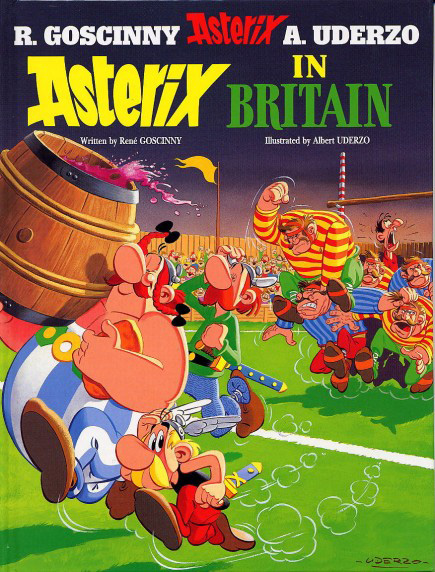 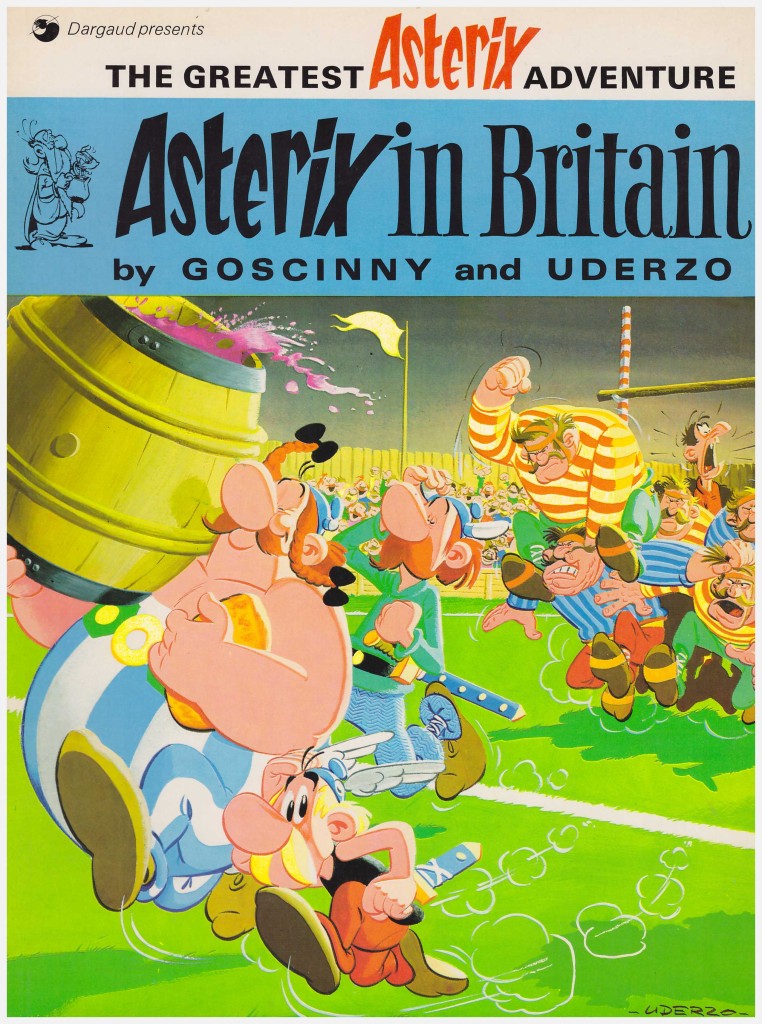 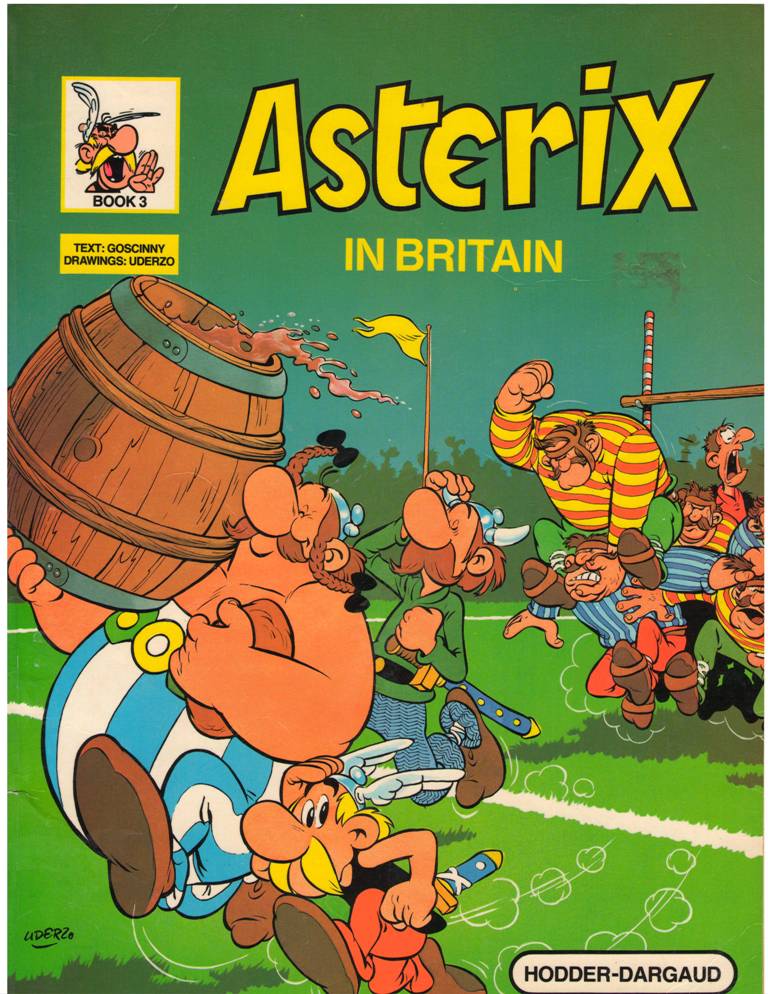 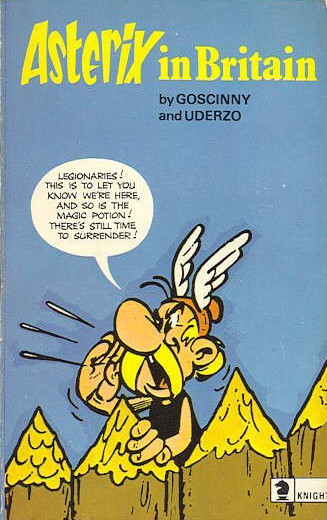 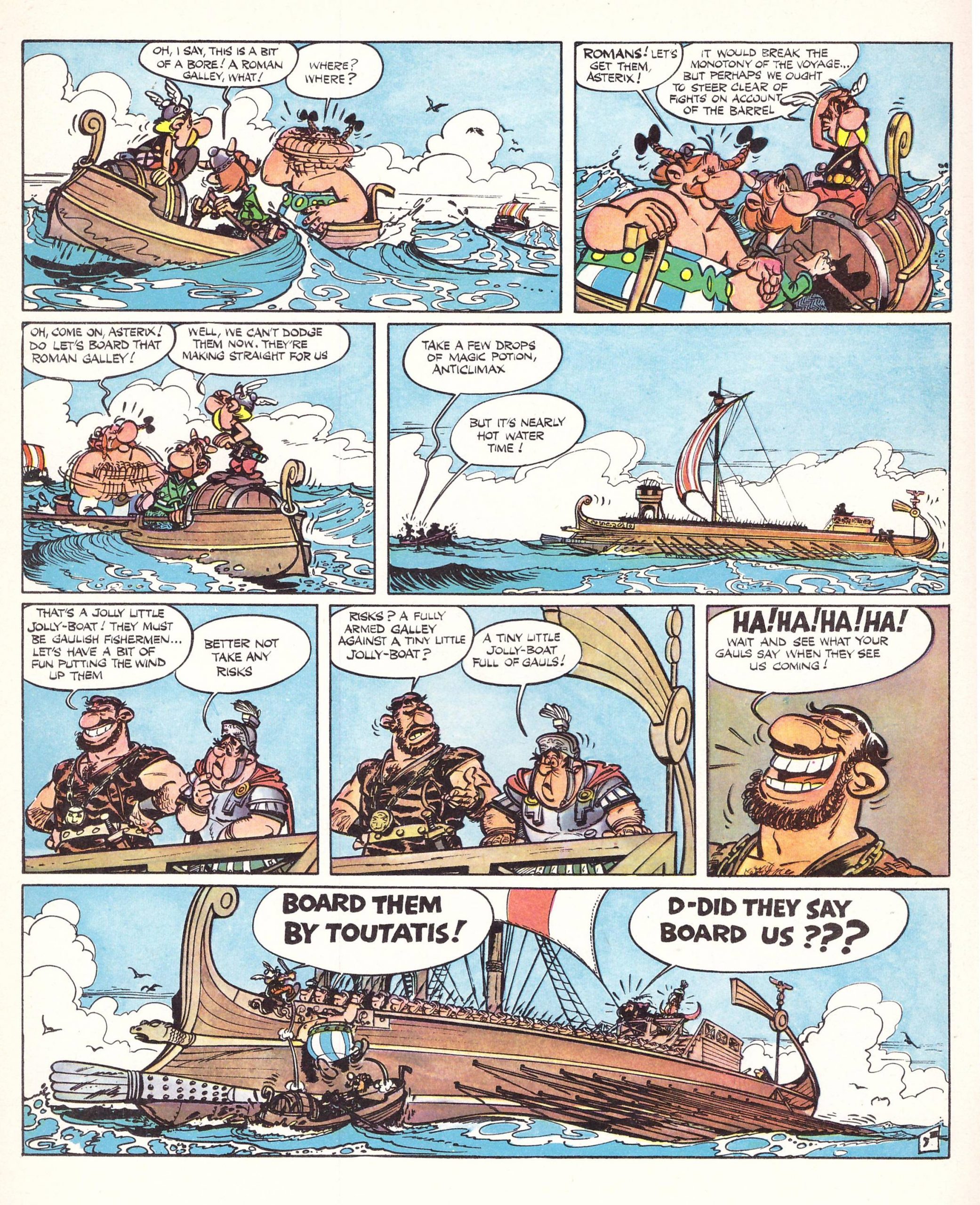 This eighth Asterix book, opens with the unlucky pirates who are forever being sunk by Asterix and Obelix. They’ve saved enough for a new ship, and are determined to steer clear of any Gauls. Unfortunately Julius Caesar’s entire Roman fleet is on its way to invade Britain. Soon, all of Britain is entirely occupied by the Romans, all except one small village…

Artist Albert Uderzo and writer René Goscinny transfer their Gaulish set-up to Britain. However, the Brits don’t have magic potion to aid them in their struggle against their oppressors, so Anticlimax is sent to Gaul. A decision is made to transport a barrel of the potion back to Blighty, with Asterix and Obelix accompanying the Brit and his cargo. Once in Britain, the pair take in a magic potion-fuelled rugby game, imprisonment in the Tower of Londinium and quite a lot of people getting very, very drunk.

Things don’t go exactly as planned and Asterix has to rely on his famous guile to save the day. Well, his guile, and Obelix’s superhuman strength. And, historical accuracy be damned, it would also seem that the plucky Gaul was responsible for introducing one of our favourite imports to this green and pleasant land. As our adventure draws to a close, Asterix and Obelix encounter the pirates as Obelix rows them back across the channel at high speed. Guess how that works out.

Instead of regional stereotypes and events more familiar to French readers, what we have here is a fairly superficial smattering of British icons, like an early version of a red London double-decker bus. We also see some bards – a familiar mop-topped foursome – that may be a modern reference too far, as it dates the book more than any historical content possibly could. This isn’t the case with the caricature of then-British Prime Minister Harold Wilson, who appears as the British village’s chief, as it intrudes less obviously on the story. In fact, Uderzo and Goscinny were forever lampooning various (mostly French) politicians, something that would rarely be obvious to foreign readers.

The artwork is superb, as always, and by this stage all the characters had assumed their final forms, with none of that permanently-stoned look that Asterix had to begin with. It continued longer for poor Obelix, who also had to contend with a tiny head and furry arms that made him look like a big gorilla.

We Brits are treated fairly, or fairly democratically, with Scots and Irish contingents helping the English. Unlike their portrayal of the Germans, for example, this is a fairly affectionate poke at British foibles, like our preoccupation with the weather and predilection for taking tea breaks no matter what the circumstances. The story moves at a cracking pace, with fights galore and running gags that never fail to delight, even if some of the Latin quotes may be over the heads of many readers, and some of the names are undeniably tongue twisters. But none of that is enough to mar the enjoyment of a beautifully crafted story. A child in modern Britain can enjoy these books just as much as their intended audience did in the 1960s. That’s really saying something. And that’s why Asterix has endured for half a century. 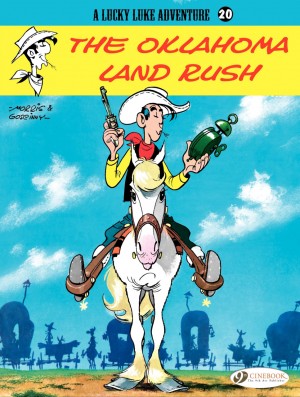