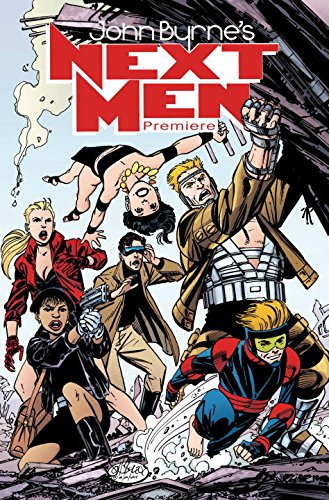 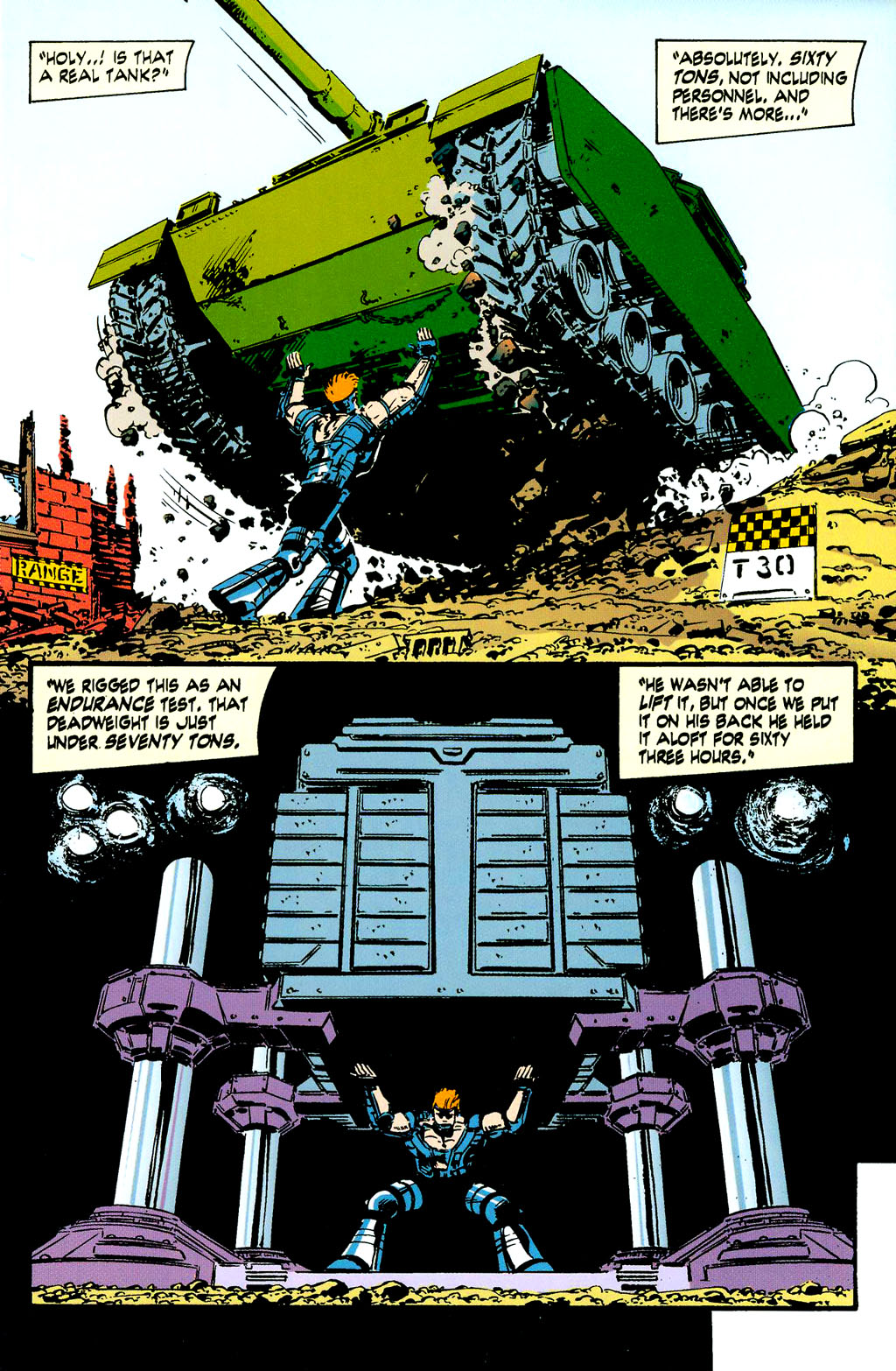 When IDW published this oversized colour hardback they’d already issued a pair of black and white editions compiling all issues of John Byrne’s 1990s run (Compleat Next Men), but this release coincided with IDW’s discussions with Byrne about completing the story sixteen years after he’d put it on hiatus.

Production values are high, but arbitrarily splitting the entire series into ten issue packages isn’t the most sympathetic arrangement, as this presents what was originally collected as Book One, then stops midway through the second story, Parallel. It has a knock on effect that sees volume two also stopping mid-story. Furthermore, the 2112 prequel from the Compleat collection and the later Classic Next Men is missing, but although connected, that isn’t essential reading, and is slightly weaker than what is here. Thankfully, the ‘M4’ back-up strips are included. Although good, their relevance isn’t obvious, but by volume three that story merges with the main feature.

The Next Men are five teenagers genetically engineered to have super powers who awaken in a world where that marks them as unique. They’ve been raised comatose, fed an idyllic environment as they slept, and simultaneously educated, this in a covert project the US government doesn’t know it’s funding. It’s under the auspices of the primary series villain, Aldus Hilltop, a Senator in the present day and already a Congressman in 1955 when an ambitious scientist approaches him with a discovery. Although featuring super powered teenagers, Next Men isn’t entirely a superhero story, with some arcs skating nearer tradition than others, and as it continues there’s an increasing contingent of ordinary humans who’re equally important to the series.

An opening arc is a skilfully decompressed 24 hour sequence, removing the Next Men from Hilltop’s lab to a seemingly caring and benign government facility. A single chapter explanation of the technology and events that led to the Next Men is followed by another featuring astute profiles of each, noting the downsides as well as the positives to their powers and personalities. From there it’s over to Russia to deal with their counterparts. Byrne has a big picture in mind, a possible future where the Next Men’s presence has opened the genie bottle and led to disaster, and knowing that, it’s possible to see how astutely he’s begun to drop in the necessary information and foreshadowing into these early chapters.

Byrne’s art is superb, his graphic style breaking down the plot into one dynamic panel after another, paying due care to visual characterisation and throwing in some stunning detail along the way. While his style may be synonymous with excellently drawn 1980s superhero comics, Byrne dropped some of their trappings for Next Men, and the lack of clichéd thought balloons and downplaying the melodrama ensures the feature remains very readable. Of course, Byrne may have previously employed the style of the past in his writing, but his strengths have always been watertight plots and a capacity to surprise. The former isn’t always obvious, although the series as a whole answers most questions, but Next Men never moves in a predictable direction, and that’s great. 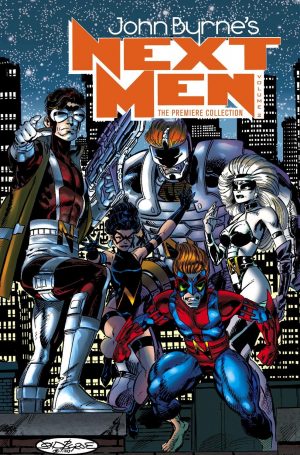